Home / LIFESTYLE / FOOD AND DRINK / Looking back at British food 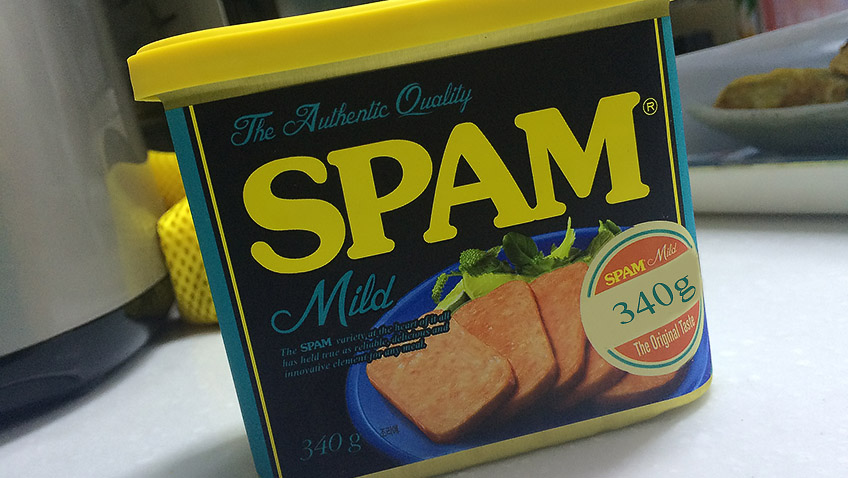 Looking back at British food

Remember spam fritters? Apparently they’re making a comeback! This month we take a moment to look back at how the food we eat in Britain has changed and evolved over the years.

21st century eating is generally a diverse experience of ease, luxury and infinite variety. Vast supermarkets line their shelves with foods to suit almost any budget, diet or taste. We can choose to eat fast food, fresh food, frozen food or fusion food; foods from all over the world are literally at our finger tips. We can get everything from a star fruit to sushi to super-food smoothies and it’s all available all year round, whatever the season.

But many will remember a time when the landscape of food that we enjoy today was completely unimaginable. As a result of changes in culture, fashions and economics, of two World Wars and a technological and agricultural revolution, Britain’s food and eating habits have stomached radical and multiple changes over the years.

Perhaps one of the major turning points and influences on food in Britain was the introduction of rationing, which became a part of people’s lives in both the World Wars. In 1916, it became illegal to consume more than two courses while lunching in a public eating place and ration books were introduced in July 1918 for meat, sugar, lard, butter and margarine. 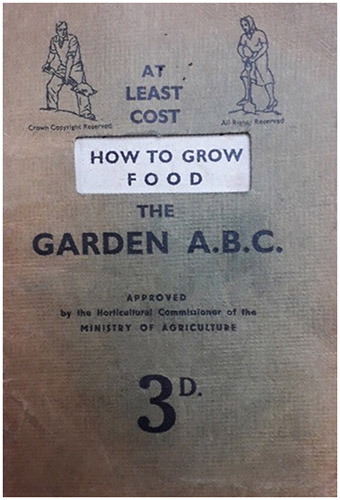 In 1940, following the onset of World War II, the first foods to line the ration books were bacon, butter and sugar. Numerous other foods soon joined them, including meat, cheese, eggs, lard, milk, tea, jam, biscuits and tinned and dried fruit. Supplies of fresh fruit and vegetables were limited, but encouraged by the renowned “Dig for Victory” campaign, many people grew their own and did so with great success.

Many may well remember the particularly unpopular, grey, mushy war-time bread known as the National Loaf. Introduced in 1942, the unappetising loaf was made from wholemeal flour in a government effort to combat shortages of white flour. There was great relief when this national treasure was abolished in 1956!

While rationing was unpopular among many, it was considered an important part of the war effort and turned out to be a surprisingly healthy period of eating for the British public; rationing ensured everyone had access to a balanced, moderate diet and unhealthy foodstuffs were difficult to get hold of.

Rationing continued beyond the end of the war, not ending until 1954, but even then, people’s experience of food was wildly different to the modern, worldly palette of today. In 1950s Britain, olive oil was something you bought in small bottles from a pharmacy, spaghetti Bolognese was about as familiar as a future with smartphones, fish certainly did not come in fingers and there was only one flavour of crisps (Golden Wonder didn’t make their Cheese and Onion debut until 1962).

However, the end of rationing did make way for the beginning of a revolution in British food and by the end of the 1950s, flavour and variety were hot on the heels of the traditional “meat and two veg” staple. The Green Revolution, the development of agricultural technology and initiatives, brought a worldwide increase in agricultural production and a rise in immigration led to the opening of Chinese and Indian restaurants, as well as American burger bars, which all proved very popular. 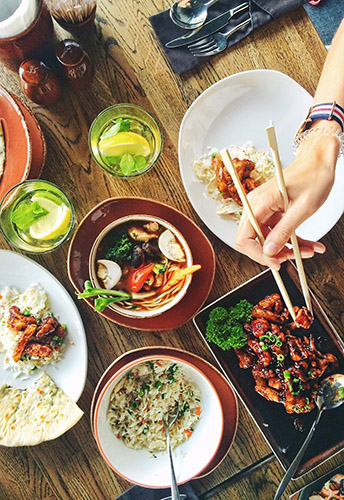 In the 1960s, breakfast cereals arrived, with the likes of Rice Krispies and Frosties gracing our tables. More households had fridge-freezers and people filled them with new-fangled foods such as fish fingers, which could be cooked quickly and easily. As more women went out to work, food was becoming more about convenience.

Along with the growth of Chinese and Indian cuisine, Britain also got its first taste of European food, both in restaurants and at home. People suddenly understood what spaghetti Bolognese was and they liked it.

The 70s and 80s brought even more extraordinary foods to the table and Brits stocked their cupboards with pizza, chicken kievs, Pop Tarts and Vesta curries and dined out on fondue, prawn cocktail, mixed grills and Black Forest Gateaux. Food began to be less of a necessity and more something to be enjoyed; there were few who missed the joys of Spam or corned beef hash!

Food continued to develop through the 90s and into the 2000s, when convenience foods boomed and organic became fashionable. People were enjoying everything from micro-chips to The Naked Chef’s fresh Vegetable Tempura.

The British public’s desire to enjoy and experiment with food has gone from strength to strength; helped along by a lasting trend for cookery programmes and TV chefs, the vast variety of produce and ideas about what to do with them are accessible to all. Nowadays you can be inspired to make a Baked Alaska by The Great British Bake Off or see restaurants serving liquid nitrogen ice cream (though fewer of us may actually ever eat such a thing!)

There’s no doubt that British food has transformed at an incredible rate and will continue to do so; who knows what people will be eating in the next 10, 20 or 50 years’ time?