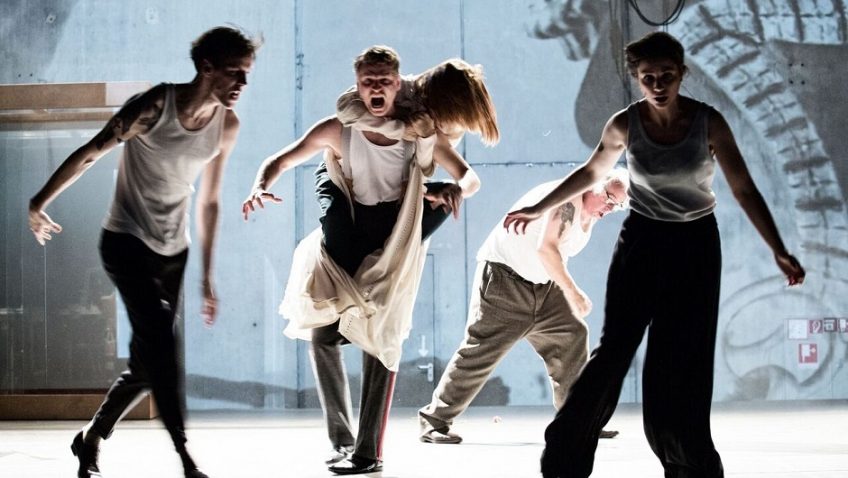 Beware of Pity can be watched free on line

In 1938 Stefan Zweig, an Austrian Jewish refugee, living in exile in Britain, having fled the Nazis, wrote a novel, Beware of Pity. Zweig was all too aware, unlike many people at the time, that history was about to repeat itself and World War 2 was about to break out

The novel has been adapted for the stage by Complicite’s Simon McBurney and Berlin’s Schaubuhne. It arrived in London, already sold out.

Beware of Pity is a memory play. Anton Hofmiller, in middle-age, remembers when he was a young and impoverished cavalry officer pre –World War 1 and attended a rich landowner’s ball.

He was a great success with the ladies and having a great time when he suddenly realized he had not asked his host’s daughter to dance and quickly made amends, only to find, to his great embarrassment, that she was paralyzed.

“There are,” I quote, “two kinds of pity. One, the weak and sentimental kind, which is really no more than the heart’s impatience to be rid as quickly as possible of the painful emotion aroused by the sight of another’s unhappiness; and the other, the only one that counts, the unsentimental but creative kind, is to truly place yourself in the position of the victim.”

The disabled woman is a shrill, ugly, raging, disturbing presence. Hofmiller should run a mile. Instead he becomes as emotionally paralyzed as she is physically paralyzed.

I was reminded of Ignio Ugo Tarchetti’s Fosca, which was made into a film, Ettore Scola’s Passione d’Amore, and which Stephen Sondheim tuned into a musical, Obsession.

McBurney and the actors take the audience on an exhausting emotional and psychological ride. The production is staged with his characteristic inventive artifice. Visually and vocally, the story is extremely powerful.