Home / LIFESTYLE / Jazz it up! 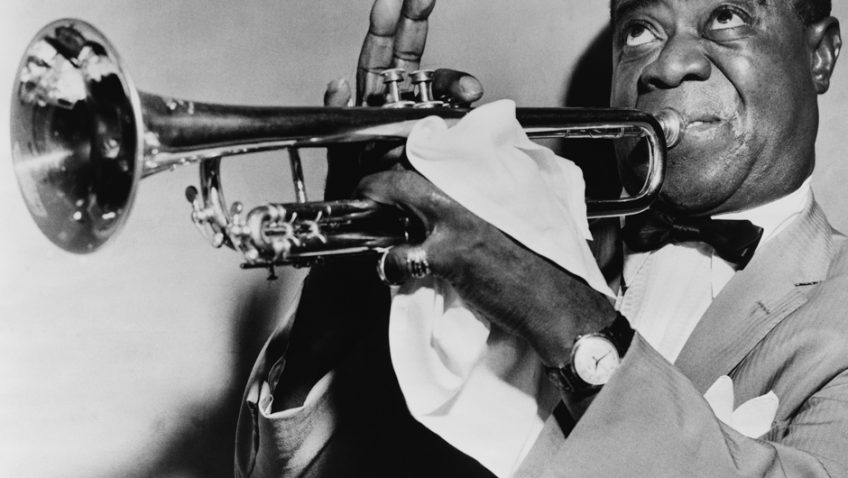 Music is one of the most powerful stimulants on our aural senses and can evoke a wide range of emotions.  The music we grew up with can touch parts of our soul and stir our senses like nothing else can.

While I enjoy nearly all music it is the sound of blues and jazz that can stop me in my tracks and seduce my senses.  I grew up in a family with a father who was a jazz aficionado and the weekends our house would throb with the sounds of trumpets, trombones and the raw tones of Louis Armstrong.  The minute we got home from church the record player would  be playing  “Satchmo” and we would be dancing round the dining table full of happiness.  Trad Jazz was the background to my childhood and my sisters and I knew all the words to Mack the Knife and Frankie and Johnny. The Beatles and the Rolling Stones were allowed on the gramophone during the week but Sundays were reserved for Jazz and the love of this genre has never left me.  Muddy Waters and Blind Lemon albums were tucked in besides the Kinks and Pink Floyd in my LP case and I didn’t care that some of my friends thought I was slightly odd.

Since my teenage years the pop songs have been superseded by my enduring passion for jazz and blues.  Nothing makes me happier than listening to the blues.  Of course, this music has influenced many of the musicians who are immensely popular today and many of the top stars have released albums of swing and jazz songs:  George Michael and Robbie Williams spring to mind.

The Birth of Jazz:

Jazz was born in America probably in New Orleans, Louisiana which was a melting point of cultures around the turn of the 20th century A major port city, people from all over the world came together there, and as a result, musicians were exposed to a variety of music. European classical music, American blues, and South American songs and rhythms came together to form what became known as jazz. Of course, the label, is tied to many forms and styles that can be classed otherwise, such as swing, soul, honky tonk, rhythm and blues and can be played on any instrument available.  Traditionally brass is featured, trumpets, trombones and saxophones and a good pianist is essential. Glen Miller used a clarinet and Taj Mahal is a virtuoso on the guitar.

Jazz festivals are a feature of the summer and the first event on my calendar is Bristol International Jazz & Blues Festival takes place at Colston Hall, O2 Academy and The Folk House from Thursday, March 16th to Sunday, March 19th 2017.

From swing to funk, bebop to blues, Gypsy jazz to gospel, soul to rock ‘n roll, Bristol Jazz & Blues Festival never fails to surprise and delight music lovers. The festival’s genre-traversing line-up is a ‘This is Your Life’ of jazz and blues – a journey through the decades from the birth of jazz to the current day. Four years ago, Colin Gorrie and Denny Ilett started Bristol International Jazz & Blues Festival. They shared the belief that a city like Bristol needed, and deserved, a high calibre festival dedicated to jazz and blues. Bristol’s long and illustrious association with jazz dates back to the ‘50s and ‘60s when a dizzying array of stars – including Duke Ellington, Louis Armstrong and Ella Fitzgerald – regularly played to sell-out audiences at Colston Hall.

And so they set out to produce a jazz and blues festival unlike any other for a maverick city that likes to break the rules.

The programme is designed to appeal to music lovers of all ages and tastes and over the past three years we have successfully grown and diversified our audience considerably. Now in its fourth year, with 50% year on year audience growth and increasingly wider appeal, Bristol International Jazz & Blues Festival is one of the city’s biggest music events.

Mud Morganfield is not your average blues man. First-born son of McKinley Morganfield – better known as the King of Chicago Blues, Muddy Waters – Morganfield came into this world with riffs in his blood and some big shoes to fill. But it wasn’t until years after his father’s death in 1983 that he even began to consider filling them.

For more information and tickets to http://www.bristoljazzandbluesfest.com/