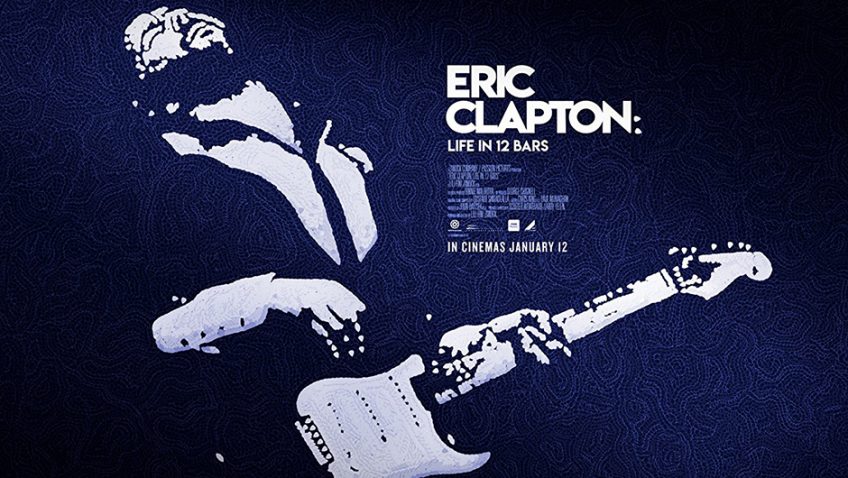 Everyone has heard of Eric Clapton, arguably the world’s greatest white electric guitar player, and of the various well-known groups (The Yardbirds, Mayall’s Bluesbreakers, Cream etc) that he played in and then left. But who was this man and what made his music so special? This is a question that we expect Producer/Director Lili Fini Zanuck to address in Eric Clapton: Life in 12 Bars. The title conjures up a documentary structured like a blues composition, but into 12 parts, using the pun of ‘bars’ to allude to Clapton’s penchant for drinking. Unfortunately, this unstructured and uncritical documentary tells us very little we don’t know about his music and provides frustratingly short clips. 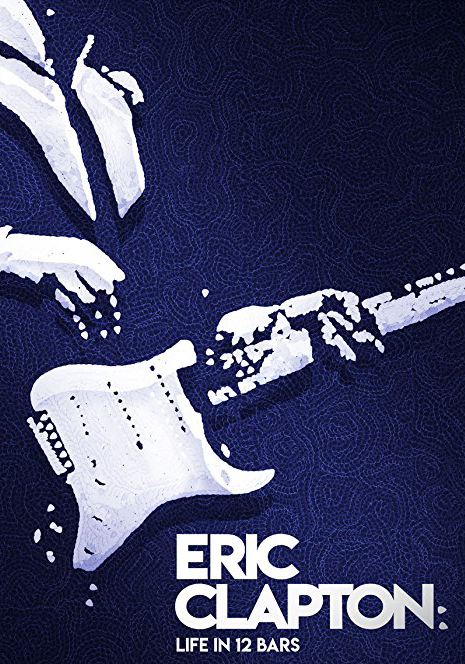 We do learn about his early life. Clapton tells he had a blissful childhood, although he preferred painting and drawing to sports and suffered from an inferiority complex, though he did not know why. The childhood trauma on which all of his future psychological problems are blamed (including his treatment of women) occurred later in his childhood. He learnt that the people he thought were his parents (Rose and Jack) were really his grandparents and his sister was really his mother. He stopped trusting anyone and became absorbed in music.

He was eight when he heard Muddy Waters’ Life in Ruins on the radio. ‘I didn’t even know it was black music.’ He did know that he loved what he discovered was the blues. He was given a guitar and when he was old enough to buy records, he bought all of the blues that he could find. The music eased his pain.

In 1963, when he was 18, he auditioned with a group called the Roosters who were struck by his raw talent. A year and a half later, he joined the Yardbirds, one of the few Southern, English Blues bands.

We learn that Clapton had difficulty forming close relationships with people for very long, whether it be bands, men or women. The film follows Clapton’s life and career in chronological order, going from band to band and woman to woman, but with no insights. Zanuck rushes over Layla and Other Assorted Love Songs which is the only the sole studio album by Anglo-American blues rock band Derek and the Dominos. The title song, Layla, which Clapton co-wrote with Jim Jordon, is also arguably Clapton’s greatest. What we do learn is that the song was inspired by his then unrequited love for Pattie Boyd.

There is – that I caught at least – no mention of his appearance in Ken Russell’s 1975 film, Tommy, no clips of No Reason to Cry, his collaboration with Bob Dylan and the band (although we glimpse Dylan in a few archival frames), nor of his special guest appearance in Martin Scorsese’s groundbreaking documentary, The Last Waltz, in which The Band bid the world farewell. This, despite the fact that The Waltz is considered one of the greatest concert documentaries ever made. His whole solo career is glossed over. 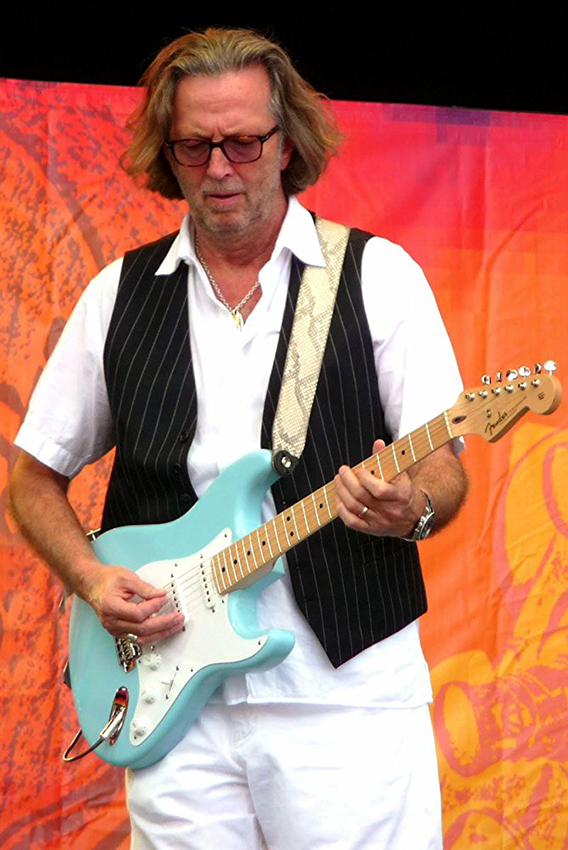 What is examined in detail is his drug habit (he became addicted to cocaine and heroin) and the alcoholism that followed his decision to give up drugs. This self-destruction is blamed not only on his childhood trauma, but on the gruelling recording schedules and unstructured musician life style. It is also blamed on his obsession with Pattie Boyd, who just happened to be George Harrison’s wife. She came close to leaving Harrison for Clapton, but the two remained married until 1977.

After Pattie’s divorce from Harrison she apparently rekindled the relationship and the two married in 1979. But Clapton did not drink in bars. He drank everywhere, even on stage, disappointing fans and risking his career. It did not help his marriage either.

Five years after marrying Boyd, Clapton began a year-long affair with Yvonne Kelly, the manager of the studio where he was recording Behind the Sun. We learn nothing about this album – his first collaboration with Phil Collins – but we do learn that although Yvonne was also married at the time, they had a daughter together, Ruth Kelly Clapton. The poor girl was kept a big secret until the press discovered her 1991. Eric attended her wedding although apparently they are now estranged.

Clapton’s marriage with Boyd survived the Kelly affair but not his more public affair with the gorgeous Italian model Lory Del Santo. For Boyd, who went through in vitro fertilisation in an attempt to have children with Clapton, it must have been particularly painful to learn that, while they were married, Del Santo had given birth to a son, Conor in August 1986.

Clapton tells us that he loved being a father (Conor lived with Del Santo), but his relationship with Conor was cut tragically short when the four year old fell out the window of Del Santo’s Manhattan 53rd floor apartment.

Clapton tells us that he founded and funded The Cross Roads Centre, a substance abuse centre in Antigua for those who cannot afford rehabilitation in tropical paradises. He also auctioned of his guitars, giving half a million dollars to charity. While it would be cynical to point to the tax write-offs afforded by such charities, it seems that Clapton is now sober, clean and happily married. In 2002 Clapton married Melia McEnery – thirty years his junior – with whom he has three children, born two years apart from the birth of a daughter in 2001.

Zanuck uses some talking heads and off camera voices from Grandmother Rose Clapp, John Mayall, Pattie Boyd, Bobby Whitlock and others and plenty of archival footage, including footage illustrating Clapton’s close relationship with Jimi Hendrix. The film ends at a concert with 81-year-old BB King speaking.

You cannot but feel sorry for Clapton’s idol when he tells the audience that Clapton is one of the finest men he has ever known. Really? When King says, ‘When they lay me out to rest, may the last voices I hear be yours’ he is clearly referring to the music.