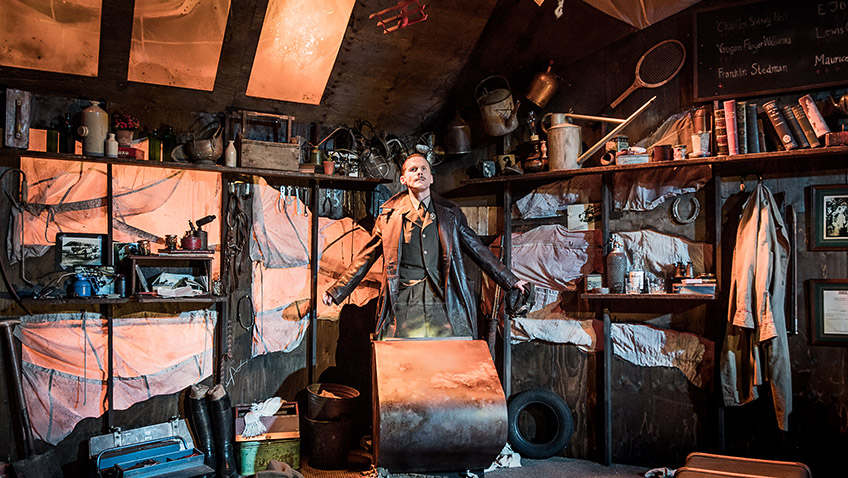 Billy Bishop was the most decorated airman in World War 1

John Gray wrote Billy Bishop Goes to War in collaboration with Eric Peterson, the Canadian actor who played Billy Bishop. It premiered in 1978 and went on to become one of the most produced plays in Canadian theatre.

It is now revived to coincide with the centenary of the 1918 Armistice. Charles Aitken plays the Young Bishop. Oliver Beamish plays the Old Bishop and also the piano. 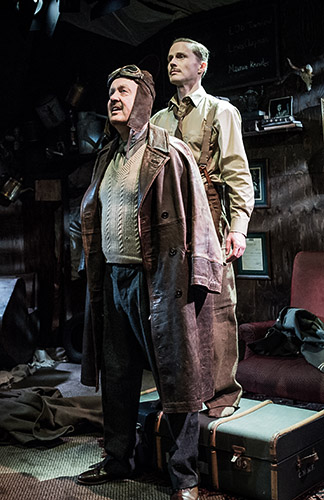 The play is essentially a monologue with songs and is about one particular man’s war, and his survival and heroism.

We’re off to fight the Hun,
And it looked like lots of fun;
Somehow it didn’t seem like war at all.

Billy Bishop (1894-1956) joined up as a cavalry officer in the Canadian Expeditionary Force and then transferred to The British Royal Flying Corps in order to get out of the trenches and the mud. He started as an observer and then became a pilot, a legendary flying ace, who shot down 72 enemy aircraft, 25 of them on one day in 1918.

Director Jimmy Walters recreates his first solo fight, a dog fight, a crash landing in No Man’s Land and a single-handed attack on a German aerodrome entirely in mime.

Bishop, brave, daring and bloodthirsty, was the most decorated airman in World War 1. “You’re a busy bugger,” said George V, pinning three medals – Victoria Cross, Distinguished Service Order, and Military Cross – on him in one go.

Bishop argues “Most of us never got old… No one should die when he is twenty‑one… Living shouldn’t make you feel ashamed.”

However, what comes across most strongly is not the anti‑war feeling but the anti‑British feeling and a deep resentment at being treated as a Colonial and used as cannon-fodder: “The British like their heroes cold and dead, or so it would seem.”

Charles Aitken has considerable charm and talent, playing a variety of cameo roles as well as Billy Bishop, including a Canadian dowager and a cabaret chanteuse. He also delivers a fine ballad to Albert Ball, a nineteen-year-old pilot, who lived for the moment when he would die; because then he really would be a bona fide hero.