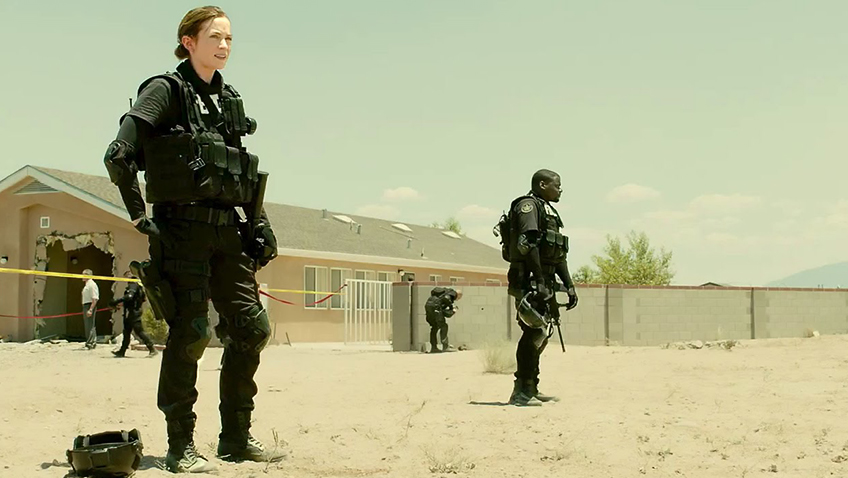 is a political thriller that demonstrates how the US has to compromise its principles to beat its enemies at their own game and contain the barbarians at the gate. In this visceral and totally engrossing, but ultimately one-dimensional drama, the proverbial gate is the lawless border between Arizona and Mexico. Like Canadian Director Denis Villeneuve’s previous film Prisoners (2013), the drama is enhanced by Roger Deakins’ stunning cinematography and exacting camerawork and the steely, atmospheric music by Icelandic composer Jóhann Jóhannsson.

The idealistic, but tough Arizona FBI agent Kate Macer (Emily Blunt) and her protective, by-the-book partner and ex-lawyer Reggie Wayne (Daniel Kaluuya) feel helpless as cartel-sponsored carnage creeps into the comfortable suburbs of Arizona. Macer is in charge of the state’s Kidnap Response Unit, but she and her boss Dave Jennings (Victor Garber) are aware that, increasingly, their kidnap victims are mutilated bodies and the perpetrators are faceless, nameless cartels.

Even Kate and Reggie, however, are shocked and repulsed when their team raid a certain suburban house in the film’s opening scenes. Kate narrowly escapes death by killing a gunman hiding in a room, but the bullet holes in the wall expose a horrific secret. Kate escapes death again when she exits a structure seconds before it explodes the bomb killing members of her team.

Jennings summons Kate into a top secret meeting where she is introduced to Matt Graver (Josh Brolin), a Department of Justice adviser who knows what buttons to push to keep Kate in line – and he doesn’t mince words. ‘You know you’re not stopping anything in Phoenix’, he tells her with a blunt honesty she cannot ignore. ‘You’re just sweeping up the mess.’

Graver is heading an elite team to track down the real source of the mayhem, focusing on cartel boss Manuel Diaz (Bernardo Saracino). While Kate is suspicious of her superiors’ motives for including her, given her lack of cartel experience, she is eager to track down those responsible for the murder of her men. Kate insists that Reggie be involved, although Graver is weary of his legal background. To soften the blow, Graver tells Kate they are going to El Paso, when in fact, they are heading for what is one of the most violent cities in the world, Juárez. 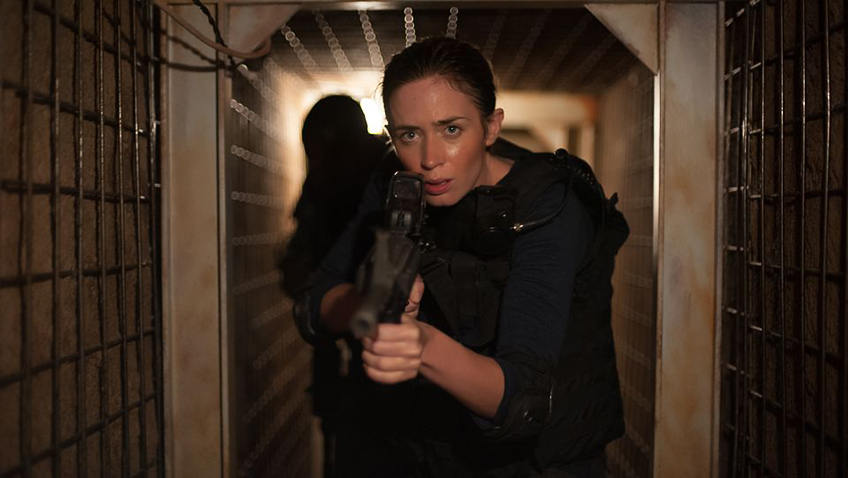 The opening raid scene is so powerful that despite a tense and brilliantly directed scene at the border crossing at Juárez, Villeneuve and script writer Taylor Sheridan have nowhere to go from there. The script is dramatic and riveting, but it has no depth and no metaphorical undercurrent. So Villeneuve does what any good director would do: He introduces Benicio Del Toro as the ambiguous, romantic hero, the eponymous Sicario, which, south of the border, means hitman.

Alejandro takes a seat on Graver’s private plane in an off-white jacket, shirt and tie and dark shades. Turning to Kate, he asks, ‘Ever been to Juárez?’ as though it’s a new restaurant. It’s a great opening line. Kate looks with alarm at Graver. ‘I thought you said we were going to El Paso?’ From that moment on, Kate realises she cannot trust anyone but Reggie as she struggles to find the balance between professional integrity and justice.

But although this is Kate’s journey, Del Toro dominates the film with his own back story and hidden agenda. Attracted to, and repelled by Alejandro in equal measure, Kate tries to find out who he is. A former public prosecutor in Colombia whose wife and daughter were butchered in the drug wars, Alejandro stays in the shadows as a highly paid government adviser, under no one’s control. Like Kate, Alejandro is after justice, but his takes the form of a very personal and deadly form of revenge. While he helps Graver extract the whereabouts of Manual Diaz from a top man captured in Juárez, Alejandro uses the FBI’s operation to go after someone more powerful than Diaz. 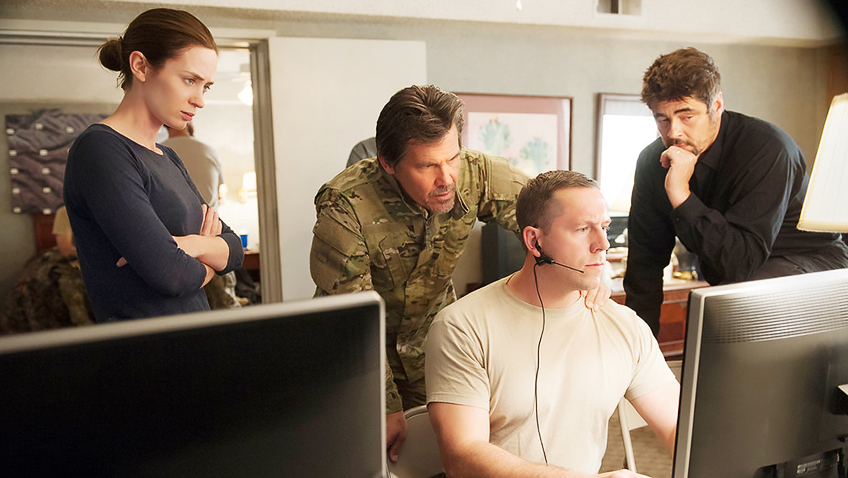 Del Toro won an Academy Award, BAFA and Screen Actors Guild Award for his breakthrough role in Traffic, another illegal drug trade movie, 15 years ago and has been looking to repeat this success ever since. Alejandro is a different character from Traffic’s Javier Rodriquez, but Del Toro plays him in a similar manner: He’s the epitome of cool and his sex appeal comes from that, rather than from the ambiguous, and not altogether wholesome, character he plays. He uses his charisma and knows that a little goes a long way. In order to sustain the mystery of Alejandro throughout the film, he also knows that less is more. A man of few words, Alejandro communicates with his eyes and the force of his body.

Against such animal magnetism, there is nothing Blunt can do. The big surprise is Daniel Kaluuya’s Reggie who introduces much needed comic release into the film and, while pushed into the margins of the action, defiantly re-emerges to hold his own against Brolin’s hard line tactics.