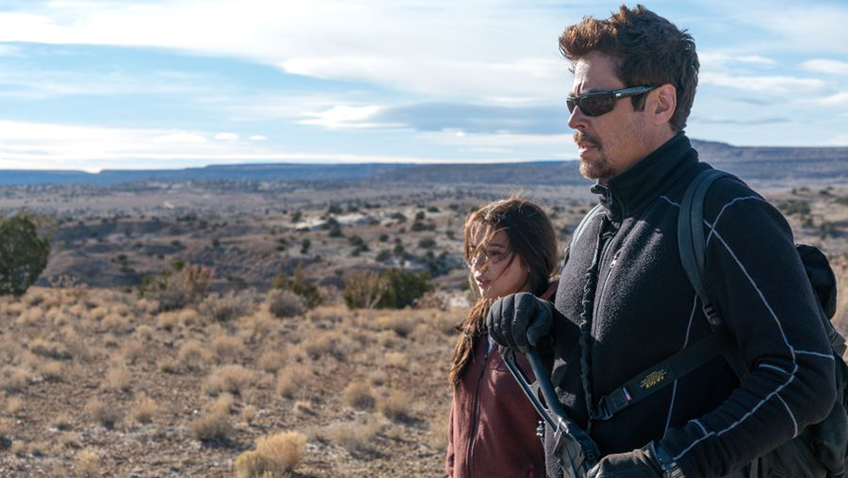 Too much of a great thing? Sicario 2 returns with Benicio Del Toro unmasked

What was missing in Denis Villeneuve’s 2015 film Sicario, a tough, action thriller about the drug wars on the Mexican/American border was context. Present Trump was still a joke out in left field, and his crackdown on illegal migrants crossing the border was an unknown pledge. Sicario 2: Soldado

, which opens with a group of hapless Mexicans being led under cover of night across the border and into the hands of the DEA is topical, providing fuel for all political parties. The fuel ignites when one illegal migrant, who seems to be praying rather than surrendering, blows himself up, taking with him a few circling DEA agents.

And so it has come to pass that Sicario is back with the rather disappointing title (in the UK) of Sicario 2: Soldado

Back for another round is Sicario scriptwriter Taylor Sheridan (who also wrote the terrific script for Hell or High Water and Josh Brolin as Matt Graver, a rugged, smart and wise CIA agent for the Special Activities Division. But let’s face it, what we’ve all come to see is Alejandro Gillick (Benicio Del Toro) the quiet, righteous, deadly eponymous hero. Del Toro does not disappoint. Still, there is no moment in this film quite like that in Sicario in which a relaxed, charismatic stranger turns to tense rookie CIA operative Emily Blunt, (who thinks she is going to El Paso) and asks, ‘‘Ever been to Juárez?’ as though it’s a new restaurant.

revels in its context. Drug trafficking has given way to people trafficking. What is true for battered Italian shores is true of those on the shores of the Rio Grande. Mexican and South American drug cartels charge desperate families $2,000 for a chance to live and work in the States.

In the light of day following the round up of migrants and the discovery of the suicide bomber, investigators find three prayer rugs on the sand. Soon after this incident, three Muslim men walk into a Kansas City superstore and a bomb goes off. We see a mother and child attempting to get past a terrorist praying before setting off a second bomb. Are the two incidents related?

Secretary of Defence James Riley (a nice turn from Matthew Modine) delivers a wrath of God speech from the Pentagon. Matt Graver and Cynthia Foards (Catherine Keener) are called to a special meeting. Could it be that the drug cartels are transporting Islamic terrorists into the United States along with the usual Mexican victims?

Desperate times call for drastic measures. Riley wants no connection between this war on trafficking and the US authorities. It has to be covert. Graver suggests kidnapping Isabela Reyes (Isabela Moner), the precious sixteen-year-old daughter of the leading drug boss and blaming the crime on the second largest rival gang.

‘It’s going to get dirty,’ Graver warns Riley when he thinks ahead to what this manufactured gang warfare will be unleashing. ‘Dirty is why you’re here,’ Riley reminds him.

When Riley makes that remark he already has in mind his old pal Alejandro who freelances in dirty operations. Because Alejandro speaks fluent Mexican and English he can both kidnap Isabela with a mask and then play the hero and return her to her father as a kindly DEA official. 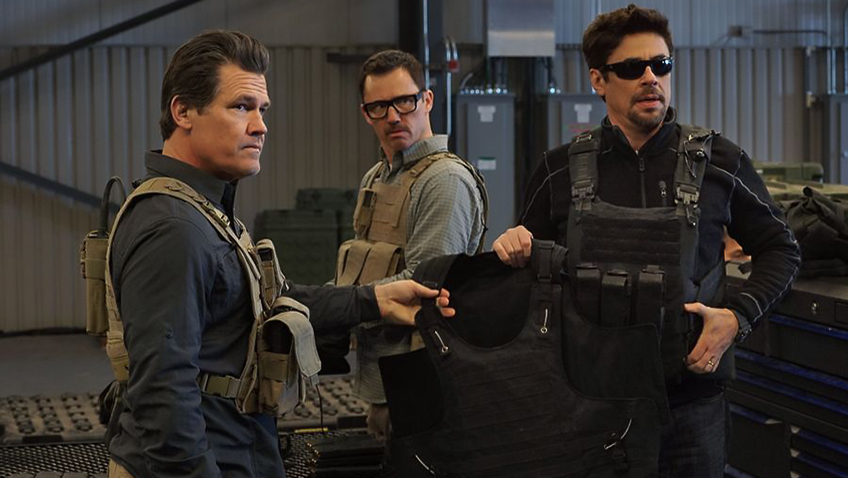 Graver has arranged support from the Mexican police for a well-armed convoy to drive Isabela into a safe house in enemy territory, where Reyes’ men will have to venture to save her. But things get complicated when even the experienced Graver falls into a trap, and his men end up defending themselves against an attack from men in Mexican police uniforms and cars, killing a bunch of Mexico’s finest.

Washington, discounts Graver’s self-defence plea. The government has to step in for damage limitation and political relations with Mexico have to be patched up.

Cynthia Foards (a rather underwritten, thankless role for Catherine Keener) is put in charge of Graver who balks at the command to to erase traces of American involvement by eliminating both Alejandro and Isabela. Graver admires Alejandro. When he travels to Bogota, Colombia to recruit him, Alejandro, a former lawyer whose wife and daughter were murdered by drug cartels, has just assassinated a corrupt judge in the street. He rips off his mask and returns the wounded man’s glasses so that the Judge dies knowing true justice.

Alejandro learns of the plan to eliminate both he and Isabela and turns rogue, as is the norm in CIA films for the past ten years. A bond forms between Alejandro and Isabela, who seems to be replacing Emily Blunt in supplying reaction shots to Alejandro’s exploits. They range from wonder and awe to (here) paternal tenderness.

Benicio Del Toro is made for roles like this, but he is at his best when he remains mysterious and silent, a bit like Clint Eastwood, who only needs to spit on the street of an unpaved Western town for everyone to duck for cover. With his arm attached to a machine gun and a young girl in tow, the film risks sending us back to Death Wish or Taken in which a peace-loving father is driven to vigilantism when his daughter wife is killed and daughter raped/kidnapped. And Alejandro is competing with the likes of Hugh Jackman in Logan on the run with an estranged daughter whose life is in danger; or Arnold Schwarzenegger in Terminator 2: Judgment Day a lethal assassin protecting an endangered boy against daunting odds.

That there is going to be a third instalment is signalled by the appearance of Miguel Hernandez (Elijah Rodriguez), a sixteen-year-old Mexican-American living in McAllen Texas, a kind of counterpart for Isabela. Miguel is being groomed by his cousin to lead people trafficking journeys across the border he knows so well. Miguel has sharp eyes and a quick mind as Alejandro discovers to his peril, but to say more on this burgeoning relationship would be a spoiler.