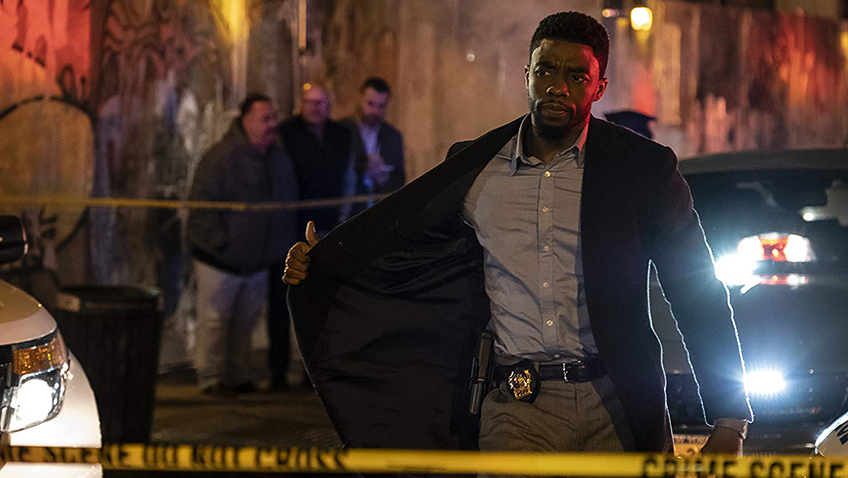 A few bridges too far

Brian Kirk directed a touching TV biopic entitled My Boy Jack in 2007, but his more recent involvement with episodes of Game of Thrones, The Tudors and Brotherhood has given him a taste for more fast paced, violent fare, to which we can add his feature debut, 21 Bridges

. If the cast, which includes Chadwick Boseman (so brilliant in Black Panther, Marshall and ‘42’), Sienna Miller (fresh from her career best in American Woman), J.K. Simmons (Oscar winner for Whiplash), and Stephan James (tear-inducing in If Beale Street Could Talk) walk through their roles, they have little to work with Adam Mervis and Matthew Michael Carnahan’s disappointing script.

The film opens with a funeral (the first cliché), and we learn that young Andre Davis (Christian Isaiah), is mourning his father, a cop killed in the line of duty in a drug-related crime. But that does not dissuade him from following in his father’s footsteps. On the contrary, he is more determined than ever to help clean up the city.

Fast forward to present day New York, and two war veterans-turned-criminals -hesitant and thoughtful Michael Trujillo (Stephan James) and loose cannon Ray Jackson (Taylor Kitsch) – have broken into a wine bar to steal a few kilos of cocaine that are stashed there. The minute they see that there are 300 kilos in front of them, they suspect that they’ve been set up. But when a small army of NYPD cops show up way too soon, and are way too prepared and aggressive, this suspicion in confirmed.

Ray decides to shoot their way out, killing the winery owner and the team’s first of many cops. Michael is furious with his partner and there’s tension between the two thieves from this point on.

The perps escape, of course, or there would not be a manhunt for Davis (Boseman), now a seasoned detective in the 85th precinct, to lead. Immediately after news of the heist and the blood bath that ensues reaches Captain Matt McKenna (Simmons), he appoints Davis to catch the bad guys by 5AM the following morning. He figures he has the right man as Davis, in the tradition of cool cops since Dirty Harry, has a reputation for shooting cop killers and you don’t need a psychology degree – just to have seen the prologue – to know why.

Oddly, given his reputation, Davis seems to share with Michael a reluctance to actually shoot his gun, and it is his new partner, appointed by McKenna, Frankie Burns (Miller) who we have to worry about. Burns, an ‘I’m just one of the guys’ single mother, comes from Narcotics, and since she is the only female around, we expect a buddy movie, or even a romance. Thankfully, that is one cliché Kirk avoids. 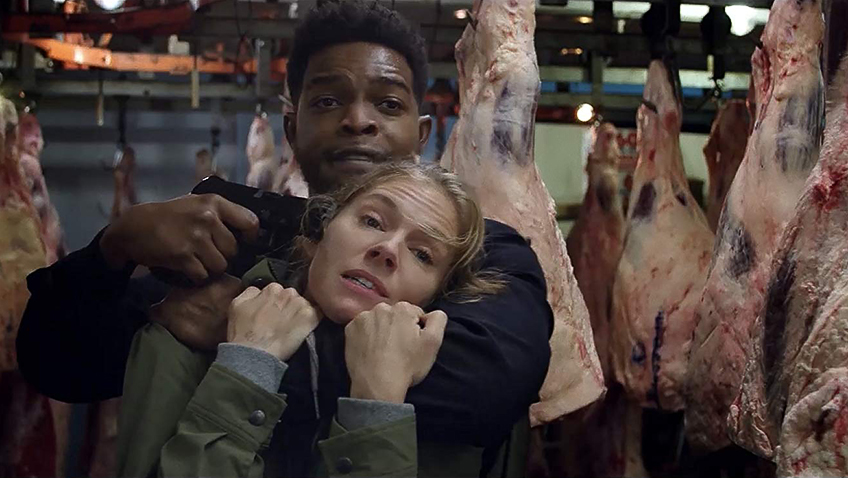 Under pressure to catch the thieves before they leave Manhattan and head for the ports, Davis is granted permission to order all 21 bridges to be shut down until 5AM. We are never really reminded that this is a race against the clock, as Kirk never takes us behind the scenes to see the logistics of shutting down a city as active as Manhattan where there must be huge traffic jams of cars trying to cross the bridges to get home or get into work. There are no station clocks to remind us where we are in this race, although it is fast, and no eats or sleeps.

The fleeing criminals contact their middleman, Bush (Louis Cancelmi) and persuade him to give them a bigger cut of the loot because they’ve been double crossed and have to leave the country. They are also given the details of a man who can give them new identities and off they go.

The scenes in the swanky apartment of Adi (Alexander Siddig), a suave, cool character who answers the door in his dressing gown, bring some much needed suspense to the chase. You just know something awful is going to happen, but you don’t know if it will be a showdown between Adi and the suspicious Michael, or another case where the police seem to be one step ahead of Davis and Burns. 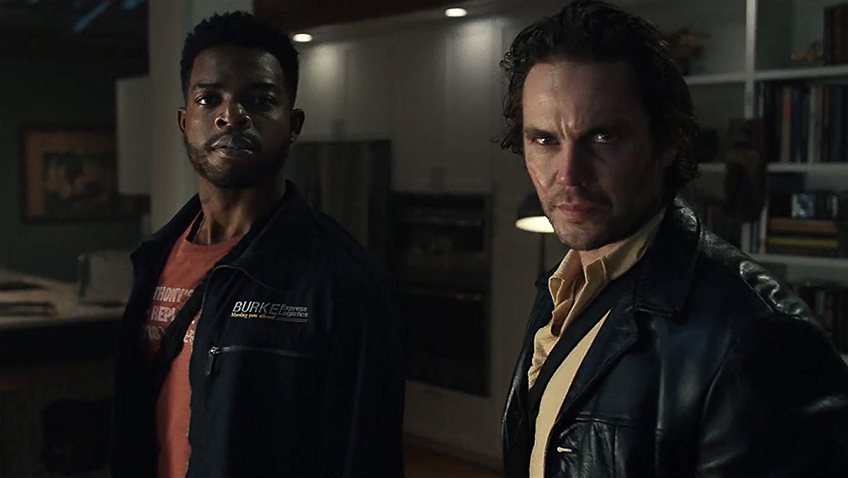 As Michael and Ray have to make some quick decisions, Michael reveals himself to be the brains of the two (which isn’t difficult) pausing to get two tell-tale flash drives from Adi before the police blow the door out of the wall.

To say anymore would be a spoiler, but at this point you probably know the rest anyway. The twists are not really twists and the action goes on to include the inevitable chase in the NYC underground (which is not shut down!) and there is some convenient, more than credible, plotting around the fate of the flash drives. And while no actor is challenged, the charismatic Boseman gives the role an edge that elevates the underwritten part. You can feel his conflicted emotions and his resentment mixed with a fearful surprise that he is facing the truth alone.

While every character, especially the faceless cops who are gunned down like rabbits in a hunt has a gun in his or her hand, and more often than not uses it, the violence, with two major exceptions, does not affect us. It is meant to seem as normal as a film about burnt cops. This raises the question of whether, after dozens of films like Where the Sidewalk Ends, L.A. Confidential, The Departed, Serpico, Internal Affairs, Bad Lieutenant, Cop Land, Edge of Darkness, 16 Blocks and this years Dragged Across Concrete, there are any precincts in Manhattan or anywhere else in the USA that are not corrupt?