Home / LIFESTYLE / REVIEWS > / FILM REVIEWS / The film might be superficial, but Sienna Miller is sensational as a mother grappling with grief 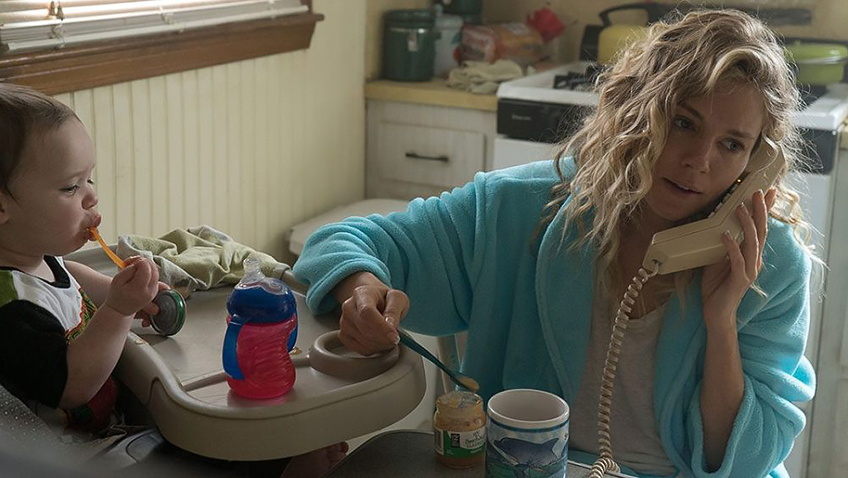 The film might be superficial, but Sienna Miller is sensational as a mother grappling with grief

Sienna Miller used to be known as Jude Law’s glamorous girlfriend, but not anymore. Still, the 37-year-old American born, English raised model turned actress is too often cast as the hero’s dutiful wife or as the image and symbol of femininity. She was the loving wife in Foxcatcher and the long-suffering wives in American Sniper and The Lost City of Z. She was the ‘girl’ in the films The Girl and in Factory Girl and the ‘woman’ in 2012’s Just Like a Woman and 2017’s The Private Life of a Modern Woman. Jake Scott makes her an American woman by setting his drama in Pennsylvania’s Rust Belt, but other than that, there is nothing inherently American about her journey. This observation will not detract from Miller’s captivating performance in American Woman

, her finest to date.

Supermarket check-out worker Deb Callahan is 32 and spinning in a rut of her own making. She lives with her 16-year-old daughter, Bridget (Sky Ferreira) and her toddler grandson, Jesse. While Bridget and the baby’s father, Tyler (Alex Neustaedter) have broken up, Deb is having an affair with Brett (Kentucker Audley), who happens to be married. We when first meet the family, Deb is getting dolled up for their motel room tryst in a tight, short revealing dress that will not remain on very long. If Bridget doesn’t approve of Brett, Deb feels the same about her daughter’s loser boyfriend.

Deb’s older sister Katherine, or ‘Kath’ (Christina Hendricks), has taken in their widowed mother Peggy (Amy Madigan) and both are in despair that Deb has such bad judgement and so little self-discipline. Kath lives a normal, happily married life with her salt-of-the-earth, blue collar husband Terry (Will Sasso) and their two children. They form a support network for Deb, although she is hardly grateful.

One night, Bridget persuades her mother to babysit so she can go out with her friends. When Bridget has not returned by the following morning, Deb immediately accuses Tyler, but the police rule him out. Detective Sergeant Morris (E. Roger Mitchell) leads a search party in the area for days but they find nothing. Deb’s hopes of finding solace with Brett are dashed when he fails to show up at their rendezvous. In retaliation, she gets drunk and drives to his home to tell his wife all; a plan that backfires, only adding to Deb’s anguish. Driving home, Deb smashes her car in a suicide attempt, but emerges alive, and walks home to face Jesse.

One day turns into another and one year into the next. Deb is raising Jesse (Aidan McGraw and Aidan Fiske respectively) on her own and working at the supermarket and organising vigils for Bridget on her birthday. 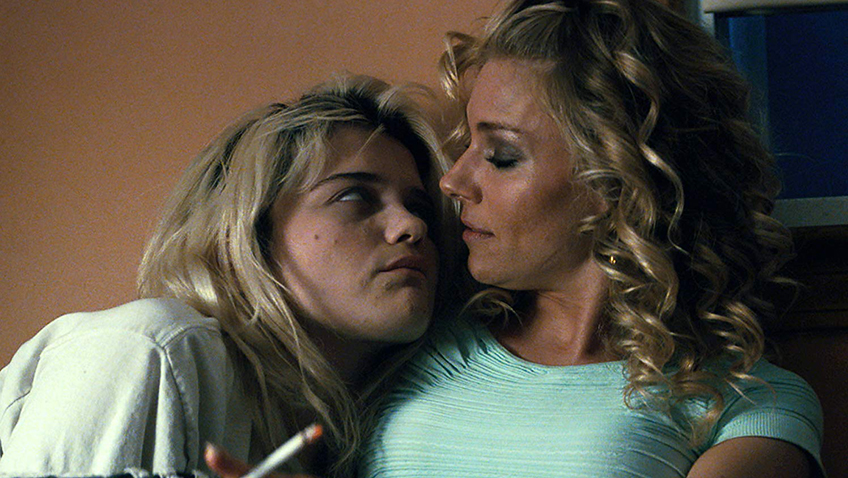 The passages of time are nicely handled by dissolves. Deb goes through two more relationships in the second half of the film. The first is Ray (Pat Healy), an authoritative, jealous and dull refinery worker who has moved into Deb’s house. Though he contributes financially to the household, he terrorises Jesse and abuses Deb with his jealous rages.

The second is Chris (Aaron Paul, Breaking Bad), a friend of Terry’s, who appears too good to be true. Deb decides to go back to school and study for a managerial position. Time passes, and suddenly Sergeant Morris has an update on the cold case.

If Miller’s performance was the reason to see Factory Girl, the same can be said of American Woman

, only here, Brad Ingelsby’s script gives Miller the chance to show the range of her talent as her character develops and matures over the course of a tumultuous decade.

The problem remains that American Woman

is a one-woman show. To be fair, it’s quite a show. There is not a single human emotion that Deb does not express in this operatic film, but the rest of the cast are only there, like us, to watch the spectacle. 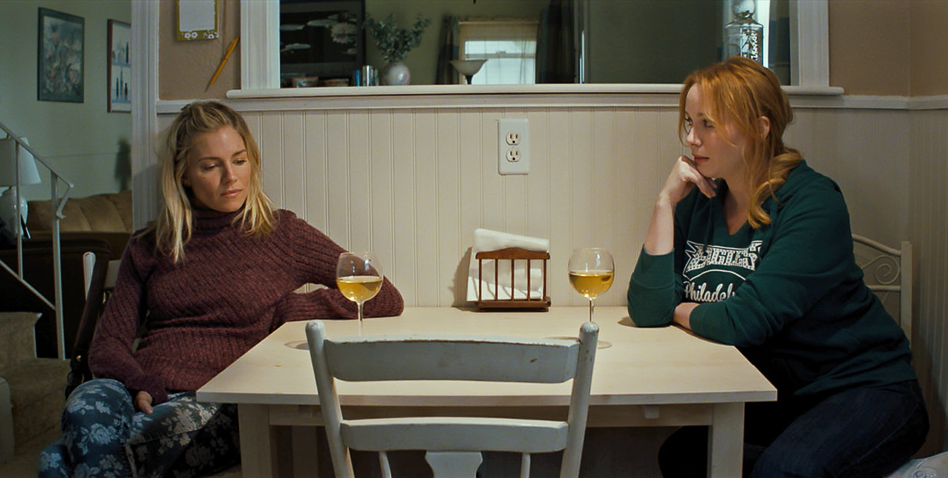 Kath and Terry and even poor Peggy, who seems to provoke something in her daughter and press all the wrong buttons have no life that we know of until they intervene to help Deb or observe her with despair or joy; pity or compassion. The men in Deb’s life are quick studies, each with a big fault that dooms the relationship, even if Deb does not always see it. Although Jesse does grow into a teenager with problems of his own, he remains an underwritten character. While the story is full of incident, none of it brings us closer to learning who Deb really is.

Still, there are some great scenes, including one that reveals another side of Deb. At the supermarket we see that she is caring, helpful and professional, while engaging effortlessly with the customers. Another highlight reunites a more mellow Deb with a more reflective Tyler, who is now settled with a girlfriend and ready to move on, though he still seems to be a lost soul. Deb brings Jesse along to see his father, perhaps for the last time, or maybe not, and Tyler is genuinely grateful. The animosity between them dissolves into regret and guilt compassion and forgiveness in a poignant and beautifully acted scene. It is a relief to have another character to focus on, but with Miller looking so fabulous and giving such a charismatic, riveting performance, no one else can really get a look in.