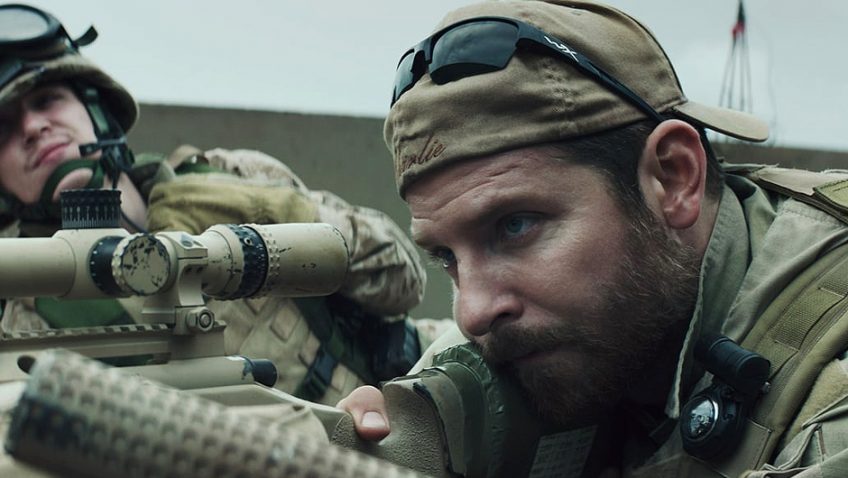 84-year-old Clint Eastwood is back with a stunning, if morally ambiguous war movie

Leaving aside the analogies in Clint Eastwood’s 2008 film, Gran Torino, Eastwood has not made a Western since his Oscar-winning Unforgiven 23 years ago, and he has not made a war movie since Flags of our Fathers and Letters from Iwo Jima in 2006.  After the tepid reaction to Jersey Boys, J Edgar (somewhat undeservedly) and Hereafter, many thought age had caught up with the workaholic Producer/Director/Actor.  No one expected Eastwood to declare to that age will not wither him with the Iraqi war movie, American Sniper

, instantly nominated for Best Picture at the upcoming Academy Awards.

At its best, American Sniper

will remind you of the Hurt Locker where superior action sequences replace the tension and emotion that were the hallmarks of the earlier, ground-breaking film. At its most troubling, American Sniper

highlights the difficulty of portraying a U.S. Navy Seal’s heroism in Iraq without the hindsight of history.

Chris Kyle’s autobiography is rather pompously entitled, American Sniper: The Autobiography of the Most Lethal Sniper in U.S. Military History

, but there is no denying that with 255 kills (165 confirmed) and the nickname ‘The Legend’ attached to him during his four terms of duty in Iraq, it is probably not exaggerated.  But, as the film is intent on showing, Kyle (Bradley Cooper), his long-suffering wife (Sienna Miller) and their two children paid the price.

Eastwood sketches in enough of Kyle’s background to construct a portrait of a man who is more than a soldier; he is an obsessive.  Growing up in Texas, Kyle did not dream of being a marksman in the armed forces.  He was, however, a good aim with live animals in the woods. We see his father take him hunting and later teach his children to ‘be a sheepdog who protects others, not a sheep or a wolf.’   As an adult, Kyle is not amounting to anything. He passes muster at the local rodeo and kicks out a girlfriend who is cheating on him.

It is when Kyle watches the news of the bombings of American Embassies in 1998 that his father’s words spring to mind and are applied to patriotism.  The film then reverts to a rather familiar patch: Kyle signs up to be a Navy Seal although he is told that at 30, ‘you’re old enough to be the father of some of these boys.’ He goes through the grueling training of the Navy Seals, complete with the requisite Full Medal Jacket sadistic commanding officer, and equally expected, he meets his pretty wife, Taya Renae (Miller), in a bar.  Then one day Kyle and Taya watch the destruction of the Twin Towers and wait for the call to arms. 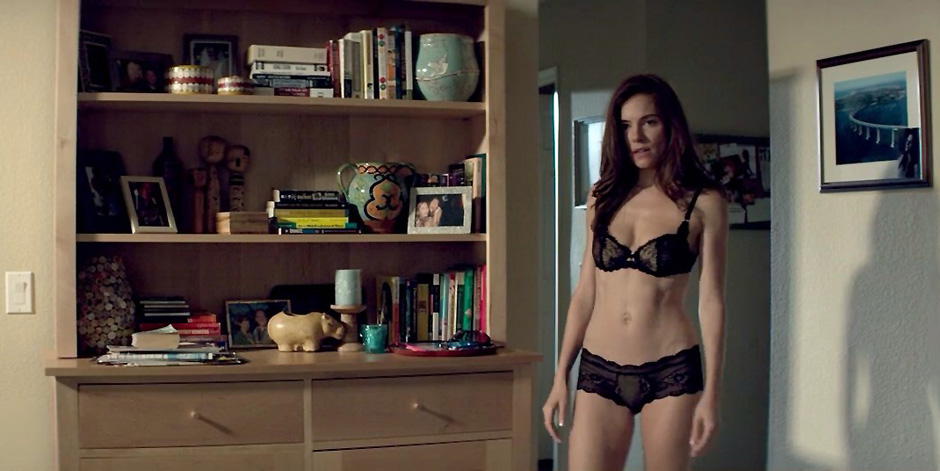 The irony of Kyle’s training is heightened by his supervisor’s dismay at Kyle’s target practice as he always misses. Then suddenly, he sees a snake next to the target and hits it, despite it being a tougher target and its camouflage.  The supervisor is impressed.  Kyle responds, ‘I’m better when it’s [the target’s] moving.’

We see how right that personal evaluation is when Kyle is transferred to the roof tops of Iraq and begins protecting the Marines on the ground.  When he is assigned to eliminate Abu Musab al-Zarqawi, Kyle forces a family man left behind in the war-torn village to provide intelligence.  Through an interview with the man, Kyle learns about al-Zarqawi’s right hand man, nicknamed the Butcher.  We soon see why, when the Butcher butchers the man, deemed an informant, and his son.  Kyle’s identity is known by now and the terrorists put a price on his head. 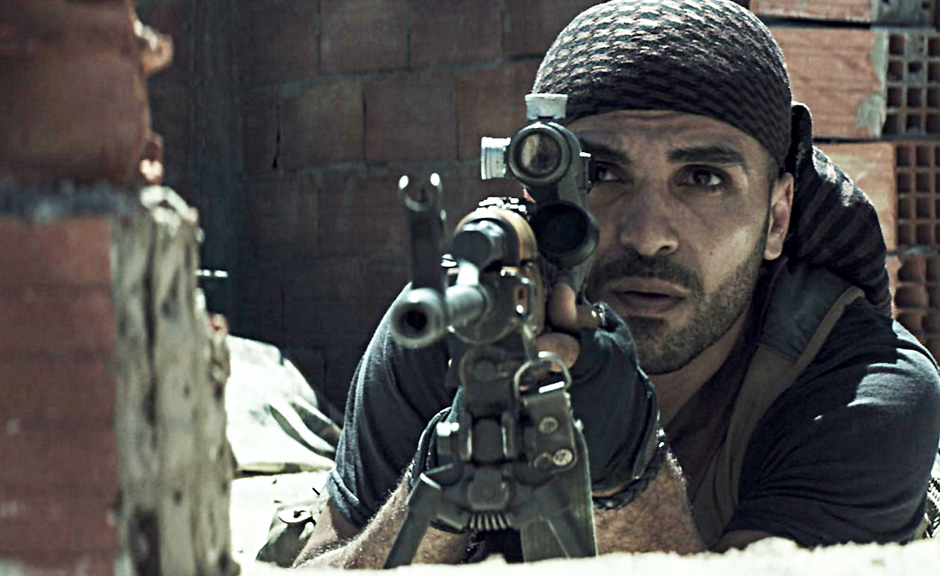 In between Kyle’s tours of duty, we watch him become increasingly distanced from Taya and their two children, one of whom is born during Kyle’s short Christmas leave.  This is a familiar story now, as there have been dozens films stretching back to WWII, about traumatised veterans who cannot cope with home life after the killing and camaraderie of the front.

Eventually, after a long gun battle in which he is almost killed, Kyle phones his wife from the rooftop of a frantic ambush, to tell her he is coming home for good.  After a rocky start, Kyle starts to adapt to home life, a challenge that is made easier when Kyle volunteers to spend time with traumatised and severely wounded veterans.  This leads to the shock denouement that will be only be known to those who read the papers or internet new daily; who have read the updated autobiography or who have read early reviews that tell you too much.

As usual, Eastwood’s cinematographer Tom Stern and his production crew, some of whom are still with him, ensure that the film looks great.  The long gun battle is not unlike those from some of Eastwood’s spaghetti Westerns of the 1960s, only more authentic and frightening.  At one point the whole screen is full of smoke and sand so that we, like the snipers, cannot see the gathering strength of the enemy that forces the Americans to a desperate retreat. The call to retreat is only slightly less suicidal than the choice to remain.  This scene is a real tour de force that, along with Bradley Cooper’s (American Hustle) impressive transformation into a beefed-up Texan with empty killer eyes, helps postpone our concerns about the film’s moral compass.

It is after leaving the cinema that you will have to decide whether this American Sniper is a hero whose sacrifices we should admire, a killing machine in a mistaken war, a victim to be pitied – or all three.  Eastwood is silent on the matter.