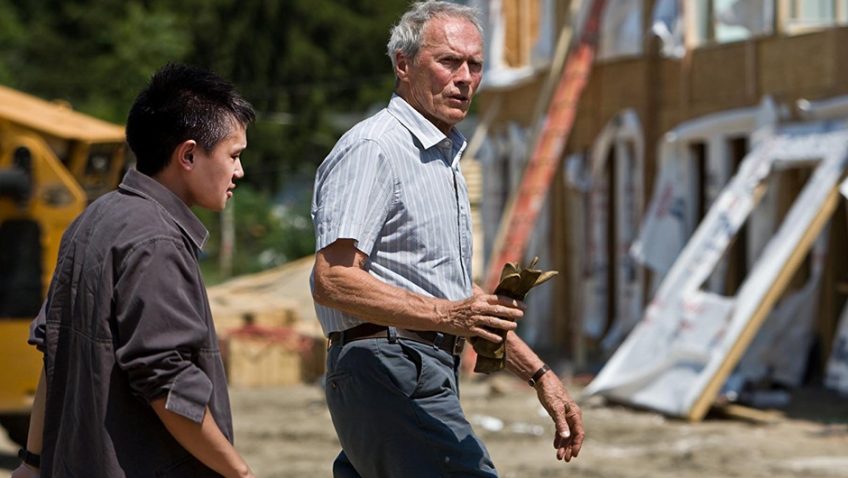 Should we be worried when 78-year-old director Clint Eastwood casts himself in the lead of a film that begins and ends with a funeral? And what about those rumours that Eastwood has declared this to be his final role as an actor? As much as we want to deny the rumours or stop the clock, by the end of Gran Torino

, it’s hard to imagine how Eastwood could ever do an encore.

Acting for the first time since Million Dollar Baby (2004), Eastwood plays a recently widowed, retired Ford auto worker and Korean War veteran. In his late 70s, he’s one of the last white, Polish American residents in a Detroit neighbourhood now inhabited by Hmong, an ethnic tribe of hill people who fought with the Americans in Vietnam and paid the price subsequently. Latin and African Americans have also moved into the Detroit suburbs, along with multi-cultural rival gangs.

Cantankerous, disgusted with his two sons (one of whom sells Japanese cars) and their materialistic families who want to place ‘the old man’ in a care home, Walt sees his neighbourhood and values assaulted from all sides.

Without a politically correct bone in his body, he hurls bigoted insults at everyone, including the local priest, Father Janovich (Christopher Carley), and he can’t be bothered learning foreign names. He spends his days drinking beer on his porch, talking to his old dog, Daisy, looking at the coveted Gran Torino he helped build in 1972 and thinking about the young boys he killed in Korea.

One day Walt finds himself inadvertently coming to the rescue of his next door neighbours, besieged by an Asian gang who want to force the neighbour’s teenage son Thao (Bee Vang) into the gang. In the Hmong tradition, Thao’s family show their gratitude by showering Walt with exotic food which he reluctantly accepts with the proviso, ‘just keep your hands off my dog.’

When the humble family learn that Thao had been coerced into stealing Walt’s Gran Torino –  they send Thao next door to make amends by doing odd jobs. Walt, a DIY expert, is sufficiently impressed with Thao’s skills and work ethic to begin mentoring the boy. In one of the funniest scenes in the film, Walt helps Thao get a construction job by ‘manning him up’ and teaching him the lingo of the local, working class entrepreneurs. At the same time, Walt establishes a mutually protective relationship with Thao’s integrated and precocious younger sister, Sue, (Ahney Her). 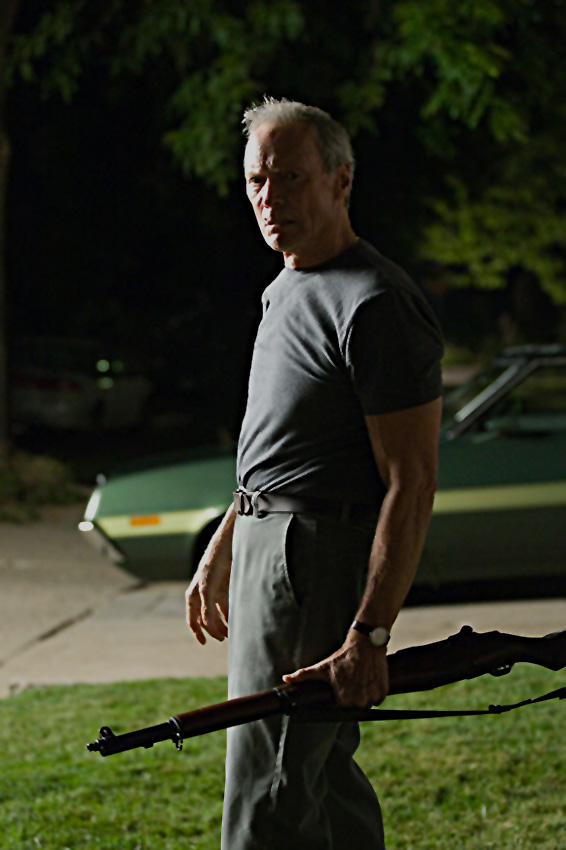 Twenty six years ago, in Honky Tonk Man, Eastwood directed himself in the role of Red Stoval, a hard-living, peripatetic country singer who, like Walt, is spitting blood and dying. Red mentors his nephew (played by Clint’s son Kyle, who co-composes the music for Gran Torino

) and together they embark on a journey in the singer’s classic Cadillac. Red collapses while recording his first record, leaving a session guitarist (Marty Robins) to take over the vocals at the end.

Thao and Walt go on a kind of journey involving a classic American car, but the journey is internalised as they never leave Detroit. The opening lines of the lovely end title song in Gran Torino

sound like they are sung by Eastwood, and are continued by British Jazz sensation Jamie Cullum. Similarly, both films are about a man taking one last stab at life to leave something of himself behind. Red leaves behind his music and his story is told by his adoring nephew. Here, it’s certain that Thao will do the same.

suffers from a dose of sentimentality and the reconciliation with the priest is out of character, it is balanced by Eastwood’s gritty presence; the hard hitting comic lines and the haunting climax.

Amazingly, as the role seems to rely on the associations that Eastwood’s mere presence brings to the screen, the debut script by Nick Schenk wasn’t written for Eastwood. When a gang member dismisses Walt, with a ‘come on, old man, go back in your home’, Walt snarls back, ‘yeah, I blow a hole in your head and then I go back in the house and sleep like a baby’, scaring the boys away. This is vintage, ‘Go-ahead-make-my-day’, Eastwood, as defiant and independent at 78 as he was playing ‘dirty Harry’ at 53. When Father Janovich urges him to call the police, you know that’s the last thing he’s going to do. It is Eastwood’s masterful portrayal of a damaged war veteran that makes Gran Torino

such a beguiling, multi-layered film.

One of these layers is comic, but another deals with our approaches to life and death, a subject that comes up when Father Janovich accuses Walt of knowing a lot more about death than life.

, the unlikeliest people teach Walt about life and by so doing, give him something positive to die for. The final layer is about continuing the American tradition by leaving something behind. Eastwood’s films have been doing just that for 50 years.