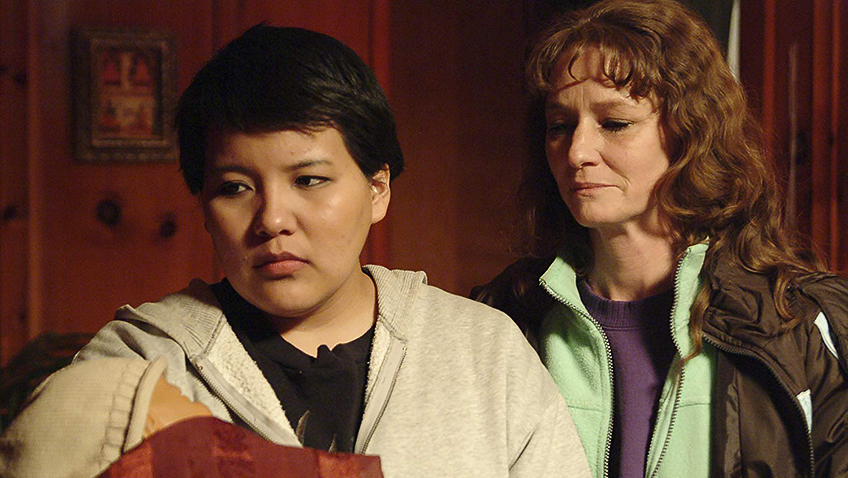 , a taut, atmospheric feature debut by 42-year-old writer/director Courtney Hunt, reminded the world what American independent cinema can be when it was nominated for Academy Awards in the Best Screenplay and Best Actress categories this year. It’s one of the best films of the year, also and riveting from beginning to end.

Our first view of Ray Eddy (Melissa Leo) is a punishing close up of a woman in her forties without make-up; a face ravaged less by time than by the merciless, long winters of upstate New York and by the stress and anxiety of meeting the payments on a new mobile home while her husband is off gambling away the money.

An uncharacteristic tear that falls from her eye is quickly wiped away as she sends her two sons to school, aware they’ve had no breakfast. When Ray’s boss at a local discount store refuses to increase her hours, she forms a short-term partnership with Lila Littlewolf (Misty Upham), an equally desperate young Mohawk Indian woman. Desperate times call for desperate measures and their enterprise is smuggling illegal foreign workers from Canada, across the Saint Lawrence River, into New York State.

Ray Eddy is a woman on a mission, aware of what she has to do to house her family. Capable of breaking the law, Ray is also capable of great acts of courage and sacrifice. While Ray’s strong personality and resolve drives the plot, it is the unlikely, rocky collaboration between the two mother-smugglers – with their differences in age and culture – that gives the script its fresh edge. 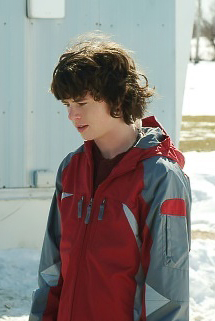 Though living in squalor below the poverty line, as a white American Ray is in a different class from Lila. The border patrol will routinely stop and search Lila, like the police in major American cities would routinely stop and search African Americans. Hunt incorporates these differences, such as the patrolman’s reluctance to stop Ray, into the plot to paint a rich picture of life on the fringe of society and of the United States itself.

Lower still in this hierarchy are the illegal immigrants, who, like Ray and Lila, will go to great lengths to put a better roof over their children’s heads. In the film’s most gripping scene, Ray acknowledges the human bond between the driver and the human cargo she is transporting to an uncertain fate.

This depiction of America is one seldom seen in major studio films where exporting glamour to poor countries is the name of the game. But the brilliance of Frozen River

is that builds on the tradition of the American dream, not with rags to riches, but with small acts of heroism and compassion.