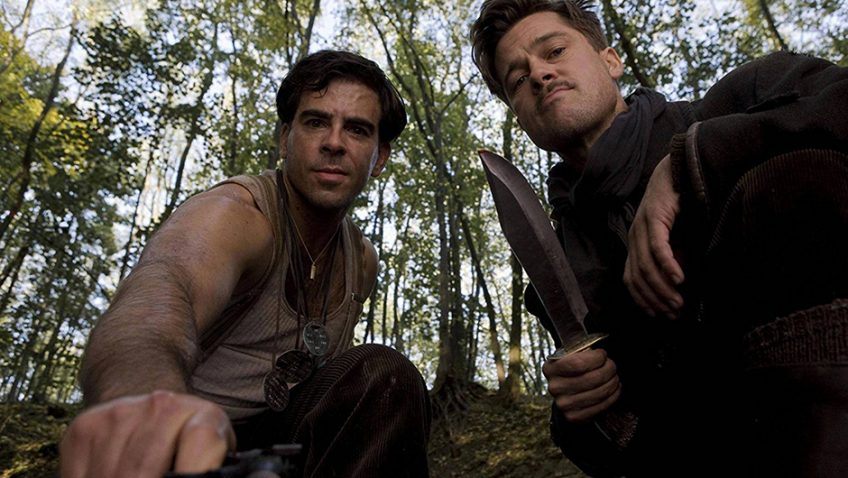 The Basterds and their comrade-in-arms banter is sorely missing

, inspired by Enzo Castellari’s 1978 dirty-dozen type WWII movie, Inglorious Bastards, but not a remake of it, opens with the caption: ‘Once upon a time in Nazi occupied Germany’. The caption tells us that the film is a fairy tale or fable, and sure enough, the film, lasting about two-and-a-half hours, is divided into five chapters like a book of tales. With the caption’s reference to Sergio Leone’s great epic, Once Upon a Time in the West, Tarantino was also aiming to make an epic spaghetti western set in WWII. That’s not all. The film, which depicts two separate plots to end WWII early by cornering the Nazi elite watching Nazi propaganda films in a French cinema, is self-reverential. Tarantino, the pathological cinefile and serial film referencer, believes he has also made a romantic film ‘about cinema saving the world.’

This list of aims and styles is a tall order. Tarantino, who has proven what he is capable of with Reservoir Dogs, Jackie Brown, Pulp Fiction and the first Kill Bill, could have pulled it off. In a harrowing first sequence, arguably the finest in the film, we witness the actor who steals the show, Christolph Waltz, portray Colonel Hans Landa – nicknamed the Jew Hunter – at work. You are unlikely to see as tense a scene in any film this year. The only person to escape Landa’s massacre in a peaceful dairy farm is Shosanna Dreyfus (Mélanie Laurent) a Jew who the French dairy farmer has been hiding.

The next time we see Shosanna she has inherited a cinema in Paris that is to host the premiere of Joseph Goebbels’ (Sylvester Groth) propaganda film, the Nation’s Pride. The venue is the brainstorm of the star of Nation’s Pride, the love-sick German soldier, Frederick Zoller (Daniel Brühl), who, oblivious to her feelings, tries to impress Shosanna with tales of his military heroism machine-gunning Germany’s enemies. We also meet the hit squad, comprised of Jewish American mavericks known as the Basterds.

Headed by cool dude, Lt Aldo Raine (Brad Pitt) – who pointedly, would not appear to be Jewish— the squad is formed to scalp Nazis in revenge for the genocide going on in German occupied territories. In another chapter we meet the undercover spy and German movie star, Bridget von Hammersmark (Diane Kruger), who will use her invitation to the premiere to help the Basterds blow up the cinema. The Basterds remain unaware that Shosanna has already launched her own coup, relying on the incendiary properties of nitrate film.

Making a fairy tale with an alternate reality of the holocaust was always going to be a risky proposition. Harmless as it may seem, some viewers might not be entirely comfortable with this one, bearing in mind the problems presented by the invented alternate realities of sick Holocaust deniers like David Irving.

Moreover, for the Jews, survival rather than revenge was the order of the day in 1943/44. And if the Basterds knew about the concentration camps, what are they doing in Paris? Ironically in this love letter to cinema, for all the Basterd’s bravura, it’s the German-born actors who triumph, with Michael Fassbender, Diane Kruger, Daniel Brühl and Christolph Waltz (who won the best actor award at Cannes for his role) shining on the front lines. 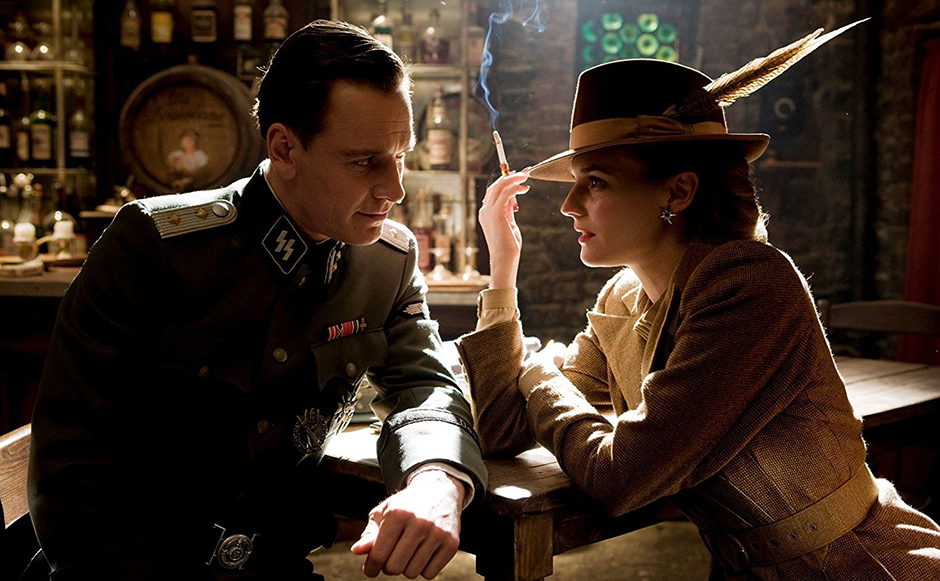 The script, written by Tarantino over many years and reportedly undergoing as many changes, is full of holes and illogical actions. There’s nothing wrong with Shosanna’s nitrate fire idea, but everything wrong with having a second, similar plot, to blow up the cinema with the Basterd’s dynamite. What’s the point?

Why does von Hammersmark attribute her cast to a climbing injury when she is in Paris? Could a double agent have survived for so long being that stupid? Why does a clever strategist like Raine think he can pass himself off at the premiere as von Hammersmark’s Italian guest when he doesn’t speak a word of Italian? Sure, he’s a risk taker, but here his arrogance derails the coup and costs lives. And wouldn’t it be logical, indeed, essential, for von Hammersmark or Raine to have interviewed the cinema owner, who, being French, could have helped them with their plan?

While the film is generally engrossing, a seemingly interminable scene in a basement bar drags on in real time. This is a shame as part of the bar scene, Landa’s interview with von Hammersmark about her climbing accident, and the show down between Zoller and Shosanna in the projection room, share a powerful tension that, like the opening farmhouse scene, showcase Tarantino’s talents.

Although the film is set up to be a buddy movie in the spirit of The Dirty Dozen or Where Eagles Dare, we never get to know the Basterds and their comrade-in-arms banter is sorely missing. Aside from Raine (Pitt), the Basterds receive so little screen time or individual characterisation that their deaths elicit no special emotion. Ah, emotion. Tarantino continues to be more interested in outdoing the French New Wave filmmakers with their reverential tributes to American cinema than in building characters with emotional attachments. Even in the tough, unsentimental world of Once Upon a Time in the West, when Jason Robards dies, Leone wants you, and fellow outlaw Charles Bronson, to shed a tear.