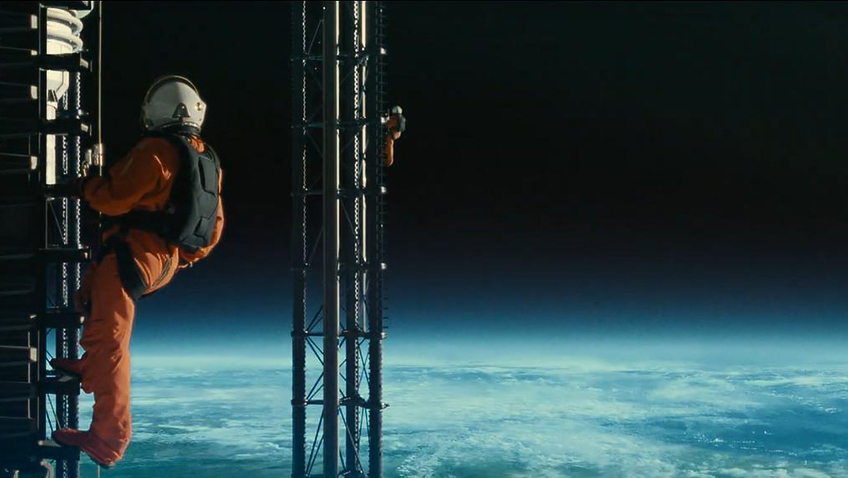 After writing and directing five feature films set in or around Queens, NYC, where James Gray was born in 1969, the writer-director turned to the historical, biographical genre in The Lost City of Z, with a film about Percy Fawcett’s explorations in South America. There are striking parallels between The Lost City of Z and Ad Astra

, which is also a period film about exploration. But here the explorer, Major Roy McBride (Brad Pitt), travels to space in the near future to make contact with his long-lost father (Tommy Lee Jones), who may not have died with his crew on Neptune after all. Both films are about father-son relationships in which a resentful son ends up choosing the career of an obsessive, absentee father.

, however, the journey, while arduously physical, is increasingly introspective, and much of the dialogue is a monologue inside Major Roy McBride’s (Pitt) head. And herein lies the problem for when you can understand what he is mumbling, it is not nearly as illuminating as Conrad or as moving as the Kipling poem that Fawcett’s wife sends him enclosed in a precious letter from home.

The film opens, as did Gravity, with vertiginous shots of a man carrying out maintenance on a huge antenna in space, the first of many spectacular space shots. The immensely talented cinematographer Hoyte Van Hoytema was nominated for over two dozen awards for Christopher Nolan’s space epic Interstellar – with which this film bears an uncanny resemblance – and he wants to nail one for Ad Astra

. Roy is climbing up the imposing antenna when a sudden electrical surge sends a colleague falling through the atmosphere to his death. Seconds later, Roy too, falls.

Back on earth, after recovering in hospital, Roy is summoned into a high level, top secret meeting by US Space Command, or SpaceCom. They believe the mysterious surges are linked to the Lima Project that was set up when Roy was still a boy to search for intelligent life in the farthest reaches of the solar system.

Roy is in many ways the exemplary choice: quiet, brilliant, family-free after a separation, and so calm under pressure that his heart rate never exceeds 80 bpm. He passes the psychological tests and follows orders. But is there a conflict of interest? SpaceCom suspect that Roy’s father, H. Clifford McBride, who headed the ill-fated Lima project may be alive on Neptune. And if so, he may have something to do with the surges. Roy’s task is to open communication with H. Clifford and stop the surges. Like Fawcett, Roy is coerced somewhat surreptitiously by his military superiors into his initial journey. But both men then discover personal reasons to continue the journey on their own terms. 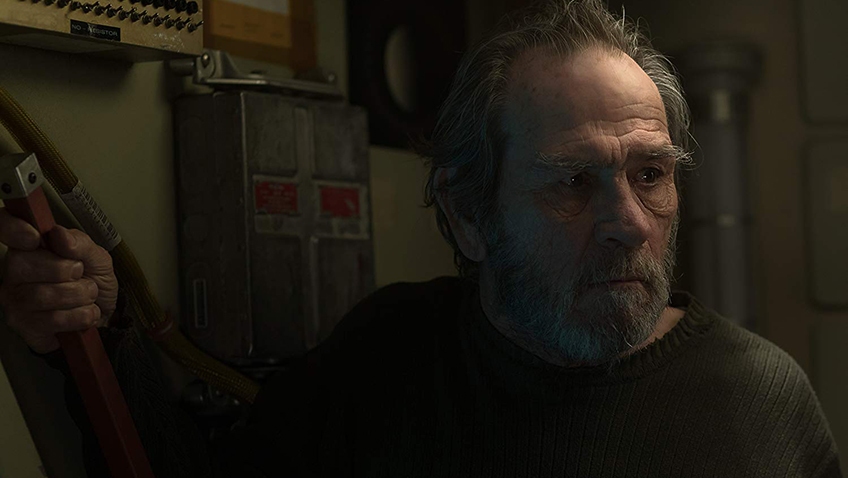 Was H. Clifford McBride a hero who would not accept defeat in his quest to find intelligent life in the galaxy or a dangerous, rogue enemy who must be stopped. At one point, Roy mumbles into his helmet: ‘I don’t know if I hope to find him or finally be free of him’ never suspecting that the two choices are not mutually exclusive.

Ad Astra means ‘to the stars’, but the full Latin phrase, ad astra per aspera, means ‘through hardships to the stars.’ This suggests that H. Clifford McBride’s quest to discover ‘what science says doesn’t exist’, would not be easy. But for Roy, the hardships refer not to the search for intelligent life beyond earth, but to the realisation that he has forsaken those he loved on earth. Throughout the film we get soft-focus images of his former wife (Liv Tyler) struggling to get through to Roy.

The mumbling in Roy’s helmet surges, too, as he reflects on life, love and his father. ‘What happened to my dad? What did he find out there? Did it break him? Or was he always broken?’ These are questions we hope to find answers to as we watch Roy, and an old colleague of H. Clifford, Colonel Pruitt (Donald Sutherland in a tedious role) – board a commercial airline to the Moon. 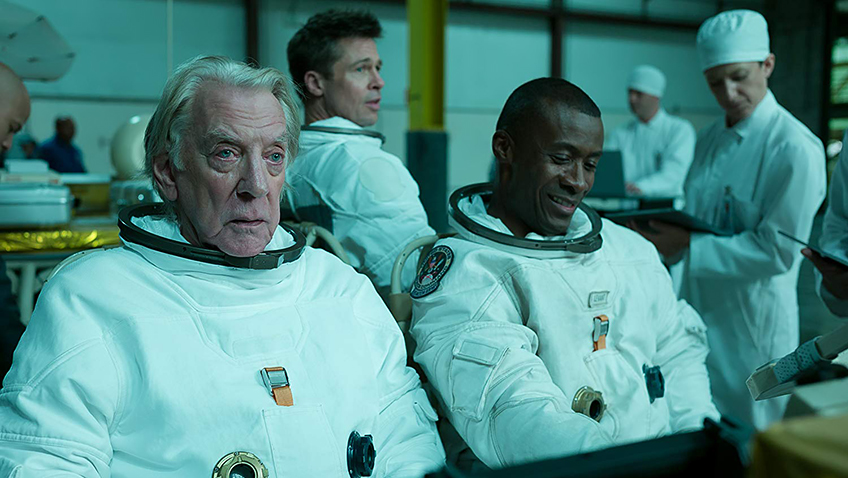 Even if we never find those answers, one of the great joys of Ad Astra

is Gray’s vision of what space travel will look like. Forget the £7 fee for extra legroom on Ryan Air; here a hot towel cost the same as dinner in a Michelin restaurant. Kevin Thompson’s (Birdman, The Yards, Gray’s film from 2000) production design is a tribute to 2001: A Space Odyssey, one of Gray’s favourite films. Instead of The Hilton, Howard Johnson’s and IBM, we see neon signs for Virgin space travel and a Moon colony that looks like NYC’s Penn Station, complete with a Nathan’s hotdogs.

Gray also imagines there will be pirates on the Moon, or perhaps, they are freedom fighters who resent the American colonialization of their home. The military escorts who transport McBride and Pruitt to the SpaceCom base in lunar rovers are vague about this menace, but the attack comes on cue. It would remind you of Mad Max: Fury Road, only the action shots are nowhere near as good and it’s not clear what’s going on. Suddenly everyone is dead except McBride and Pruitt, who is rushed to intensive care. As Pruitt is clearly 80-something and in questionable health, you might be thinking SpaceCom wanted him out of the way, too.

In a cheeky tribute to Alien (celebrating its 40th anniversary this year), on the connecting voyage to Mars, the pilot receives a distress call from a Norwegian research station. Roy must have seen Alien as he orders the pilot to ignore the signal but is overruled by protocol. Yet it is McBride who ends up going in after the captain has been mauled by a giant baboon – a revengeful remnant from the Norwegian laboratory that is no more welcoming than were the pirates. 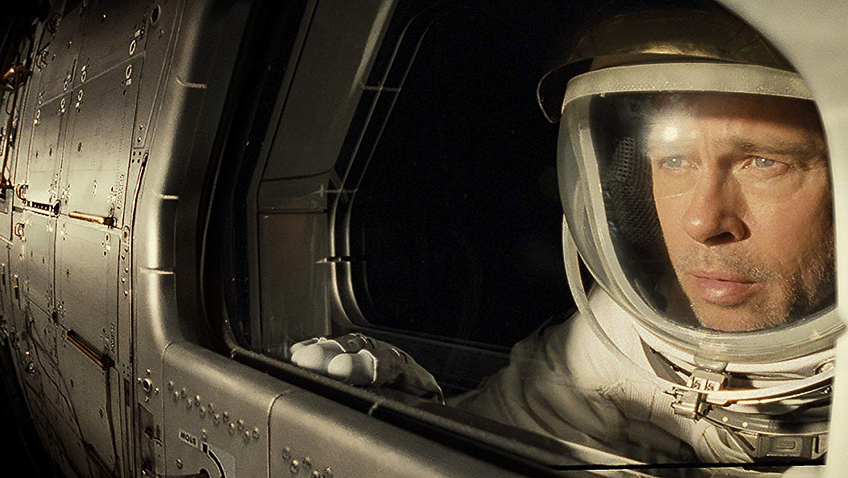 And it seems someone does not want the space craft to land on Mars either as a surge hits it and requires Roy to take over land it manually as in Apollo 11. Once on the SpaceCom base, he is asked to record voice messages to be sent to the Lima Project, in the hope that Clifford will respond. Realising that if his dad is out there, he will see through this ploy, Roy substitutes the scripted message with an emotional appeal and is removed from the project. When he fails his psychological test, Roy sees the writing on the wall, and, with the help of Helen Lantos (Ruth Negga), an orphan of the Neptune disaster, who shares classified footage with him, he stows away to Neptune.

As the entire film is leading to the big reunion with Kurtz, or dad, it is disappointing that the meeting is so underwhelming that you will struggle to shed a tear. Pitt is not as charismatic as he is in Once Upon a Time in Hollywood (still playing), but he carries the film, which at times (a gun fight on a space craft?) gets pretty silly. But even Pitt cannot convince us that his sententious musings elevate this film to another realm.