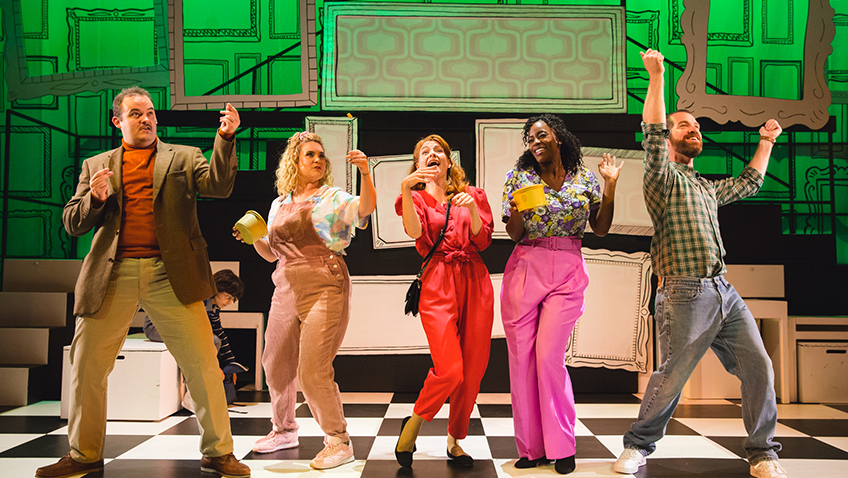 Robert Tanitch reviews Falsettos at The Other Palace, London SW1

William Finn and James Lapine’s musical has been described as the first Woody Allen musical. The whole show is sung through. Finn wrote the music and lyrics. The book was by Finn and Lapine. 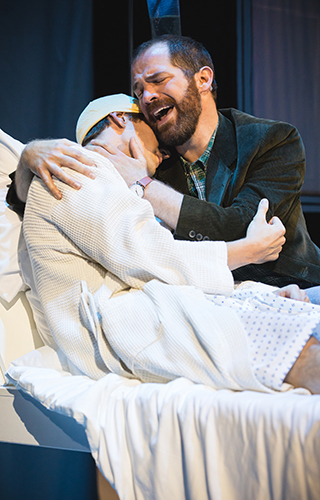 They were joined together to make Falsettos, which premiered on Broadway in 1992. It won two Tony awards, one for best original score and one for best book in a musical, and ran for 486 performances.

It was brave to stage a gay musical on Broadway in 1992. Falsettos paved the way for Tony Kushner’s Angels in America in 1994 and Jonathan Larson’s pop-rock Rent in 1996.

It was revived in New York 2016. The message remains the same. Love is not a crime.

March of the Falsettos, described by Finn as “a passionate work about being scared to death of love,” was seen very briefly in London in 1987. Falsettos has never been seen in London until now. I am surprised that no London management has staged it before.

Falsettos is very New York, very Jewish, very witty, very tuneful and very Sondheimish. Finn has said it was seeing Stephen Sondheim’s Company which gave him the impetus to write a musical.

The first half is set in the late 1970s. Marvin (Daniel Boys), a bisexual, deserts his wife (Laura Pittt-Pulford) and young son (Elliot Morris) and goes and lives with his male lover, Whizzer (Oliver Savile).

His wife has a show-stopping number, “I’m Breaking Down”. Later she runs away with Marvin’s psychiatrist (Joel Montague) and then marries him.

The second half is set in the early 1980s and adds two lesbian lovers, a doctor and a caterer. The boy has his bar mitzvah in the hospital room where Whizzer is dying of AIDS.

Humour gives way to heart-break. The final scenes are unexpectedly serious and emotional. “What Would I Do?” is powerfully sung by Daniel Boys.

A number of Jewish actors, writers and directors have written an open letter to The Stage, a British weekly newspaper covering the entertainment industry, expressing their concern that none of the cast is Jewish.

Be that as it may, Tara Overfield-Wilkinson’s production is well sung, well acted, and very enjoyable.