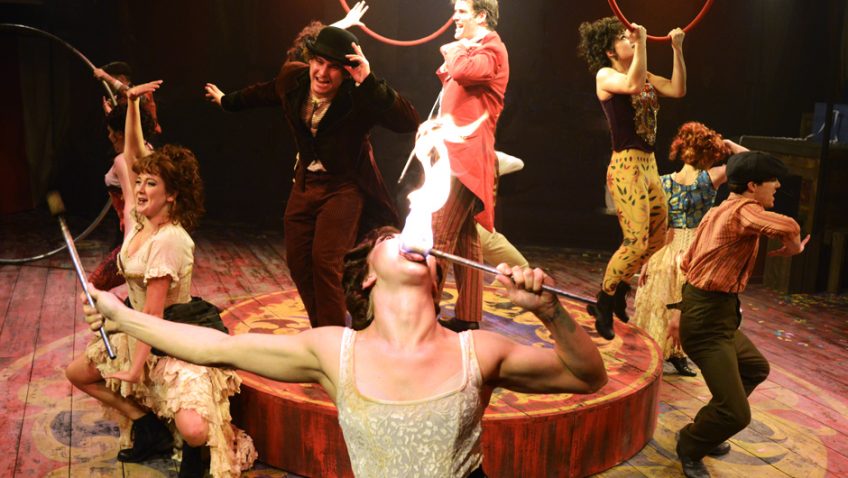 Barnum is the name and humbug is the game

Barnum, the Broadway musical, premiered in New York, made Jim Dale a star, and ran for 854 performances.

The music is by Cy Coleman. The lyrics are by Michael Stewart. The book is by Mark Bramble. 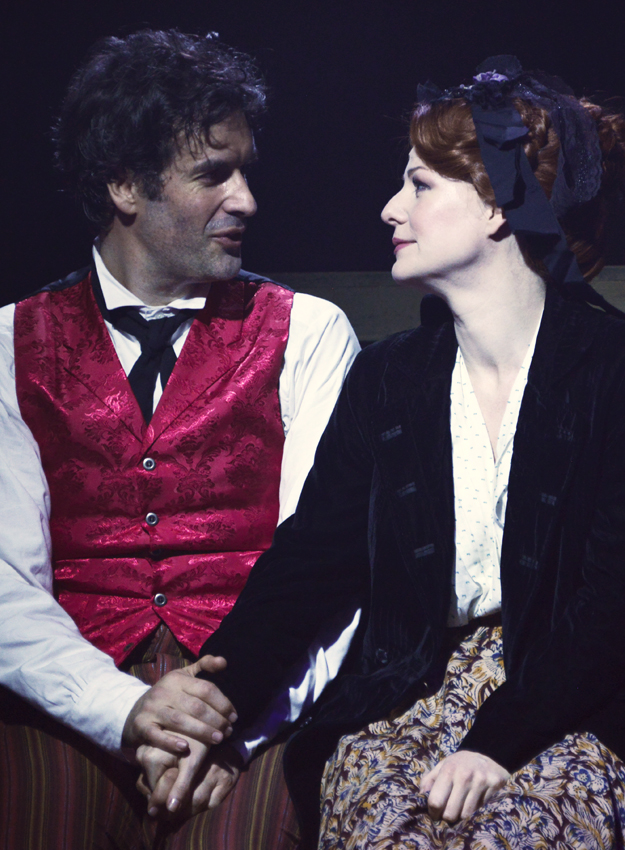 Joe Layton’s production came to London in 1981. Michael Crawford played the showman at the London Palladium and it ran for 655 performances.

Phineas Taylor Barnum (1810-18911) and circus are synonymous. I always thought the musical should have played in a Big Top. The Menier Chocolate Factory Theatre has been converted into a mini-one circus ring and acrobats, magicians, fire-eaters and dancers have been engaged to show their circus skills and strut their stuff.

Burnum edited a newspaper in his teens, married at 19, ran a circus, opened a museum, and built a house modelled on Brighton’s Royal Pavilion. He lost all his money, dabbled in politics, returned to circus and created The Greatest Show on Earth.

Barnum was The Prince of Humbug and The King of Flim Flam. A master publicist at fabricating news he promoted freaks, animals and opera singers. He introduced General Tom Thumb (3.25 feet tall), Jumbo, the London Zoo elephant, and Jenny Lind, the Swedish Nightingale, to huge audiences across America.

Barnum was larger than life, a charmer, an optimist and an American Dreamer of enormous energy and business acumen, who grossed three quarters of a million dollars. Barnum is played by Marcus Brigstocke who bravely attempts to walk a tight-rope and fails three times; but it is still a magical climax to the first act.

His wife (a role created by a then unknown Glen Close) is nicely acted and sung by Laura Pitt-Pulford. Celinde Schoenmaker as Jenny Lind soars.

Gordon Greenberg’s production is colourful and lively and it is the production numbers, One Brick at a Time, Come Follow the Band and Join the Circus, choreographed by Rebecca Howell, which are the high spots and which give most delight.