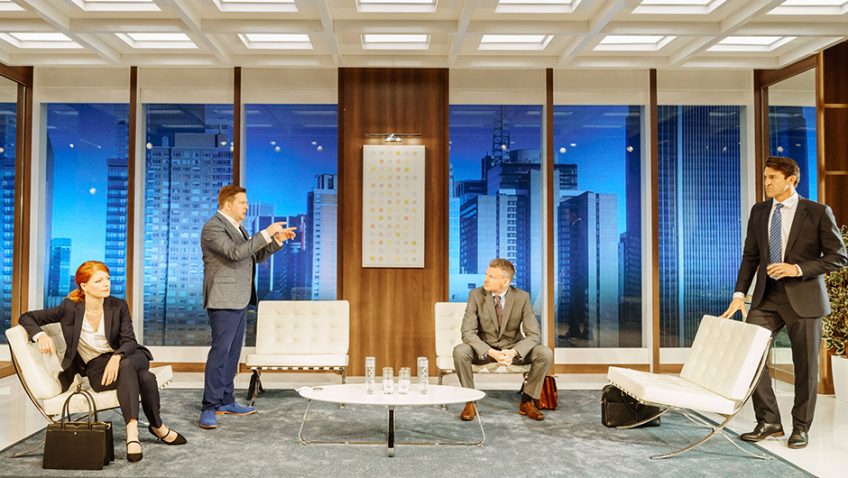 Corporate game-play in the age of fake news

There is no such thing as The Grönholm Method. The Catalonian playwright Jordi Galceran made it up. He was looking for a title for his black comedy about heartless and degrading corporate Behaviour and this is it.

Four high-powered applicants in New York are competing for a top executive post in a famous firm. They have reached the final interview and find they now have to take a series of psychological tests. 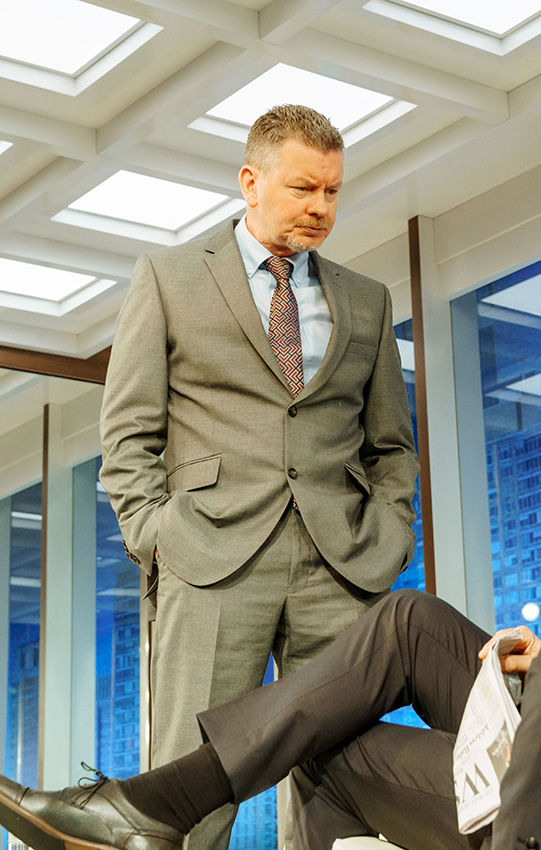 The first thing they are told is that only three of them are genuine applicants. The fourth person is a mole from Human Resources. They have to find out who it is.

Galceran’s play promises to be as nasty as the corporate Behaviour in Neil LaBute’s In the Company of Men. There is a smart set by Tim Hatley which gives it a sharp, classy look.

I had high hopes.

The Grönholm Method premiered simultaneously in Barcelona and Madrid in 2003 and ran for two years. It has been produced in over 60 countries. Why hasn’t it been produced in London until now?

Watching BT McNichell’s production it is obvious that the play is not that good and that the characters are not interesting enough. There are lots of twists but it all so very mechanical.

I was very disappointed.

At one point the four are asked to improvise a clown, a wrestler, a politician and a bishop and pretend they are in an air crash and argue why they should get the one and only parachute available.