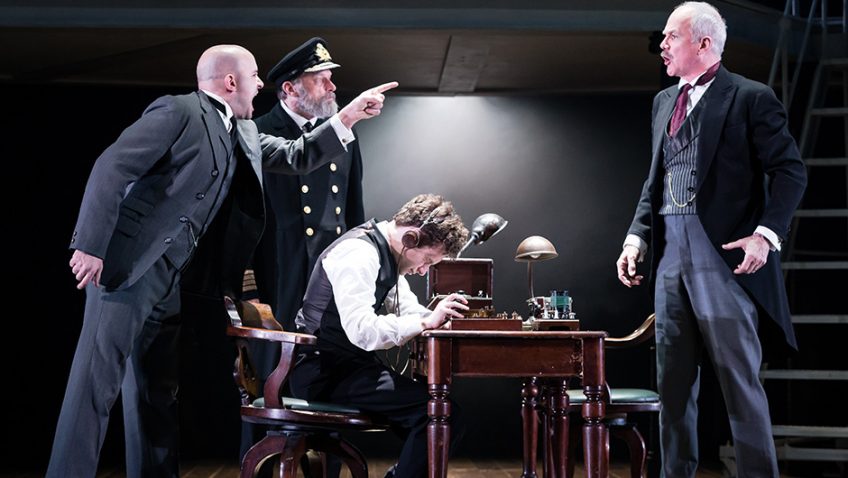 Some fine moments but this Titanic didn’t go down well

In Titanic, the Musical, there’s no visible ice, no visible ocean, no Rose, no Jack. In 2018, then, does it sink or does it swim?

In 1997, the same year the colossally successful film came out, Peter Stone’s multi-award-winning disaster musical was playing Broadway to rave reviews. Maybe the currently underwhelmed audience members heard expressing disappointment had been expecting something more along the lines of the movie. Stone’s version doesn’t feature a big, central romance. Instead, creating characters based on the real people who embarked on that doomed maiden voyage, he introduces various relationships and romances, packing in facts, statistics and social comment a-plenty, too. The social class structure of the day comes to the fore in this floating world. Through role-doubling some of the twenty-five actors breach the strict class segregation to travel from impoverished third class steerage to leisurely, social-climbing middle class or the upper ranks of the privileged. Many characters, lightly drawn, so less engaging, are well delivered rather than finely defined or enacted, but, shining out, their solos adding tuneful verve, are Claire Machin as lively Alice Beale with Timothy Quinlan as husband Edgar, Matthew McKenna as personable Mr Etches, Lewis Cornay as Hartley and the bellboy, and Greg Castiglioni as the fraught ship’s designer Andrews. 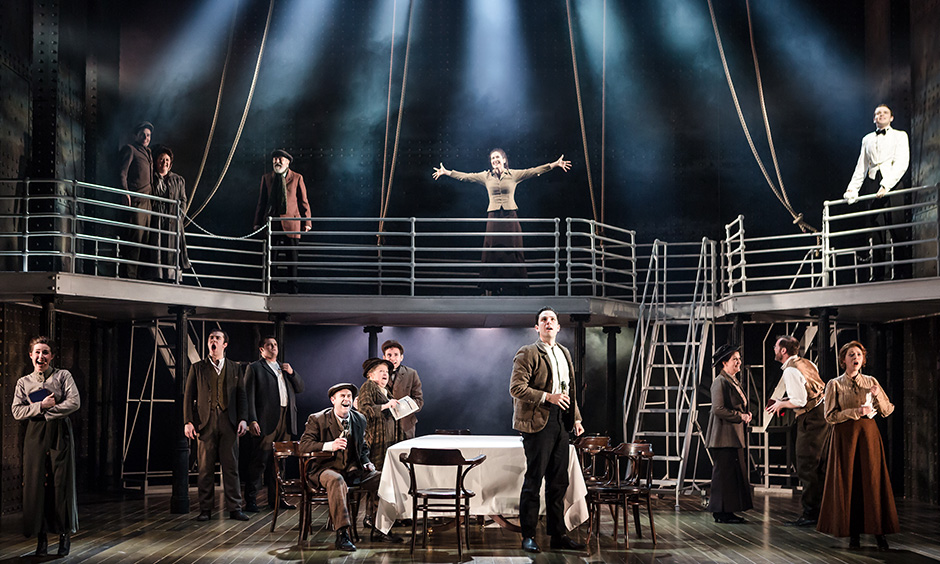 Maury Yeston’s score delivers rousing choruses with big harmonies and some interesting solos, duets and trios, the accompaniment mainly on keyboards, with strings and percussion. This combination does a grand job though it lacks a depth and richness other instrument groups might add.

As characters are clearly introduced, and everyone’s hopes and dreams for the future swell in crescendo, no matter what class they are, all is joyous bustle and sleek continuity. Andrews trusts his dream ship will prove a poem of perfection; owner Ismay dreams of it going faster than any ship before it; the Captain dreams of retirement; the steerage passengers dream of new lives in America, albeit, for the most part, still in lowly roles. Human infallibility, though, is oft the cause of dreams being dashed, and then begins the blame game, this time in song. 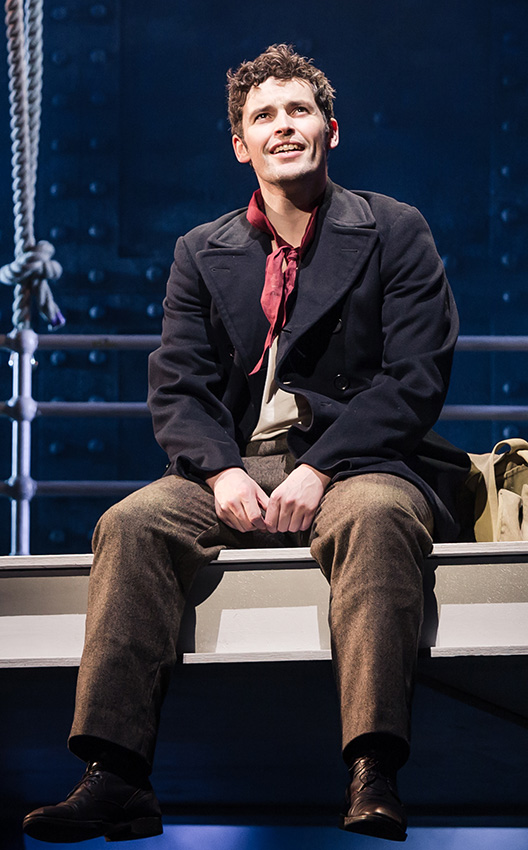 Niall Sheehy in Titanic The Musical

The Titanic, built to be a sparkling, floating, unsinkable palace, was a mammoth challenge and so is recreating it onstage. Chairs, tables and minimal, moveable metal stairway are all that are needed on this sparse, Spartan set with its giant girders and tall expanse of ropes, rails and Red Dwarf rivets, the smoky greyness being lit bright as needed.

The two most stunning moments occur exactly as required. At the end of the long first act, tension builds palpably with an eerie, chilling rendition of No Moon, No Wind until the iceberg strikes with colossal boom and blackout. In Act II, as the ship finally tilts to sink, Mr Andrews’ fine solo is sung by Greg Castiglioni as he hangs on for dear life. It seems this is the end, but after respectful homage has been paid to the real passengers who lost their lives in April 1912, their class finally irrelevant, we travel full circle back to the start, passengers arriving to reprise the joyous chorus of hope.

This Titanic didn’t go down as well as it might have with some and not everything fully engages, but there are fine moments.

The show travels on from Sheffield to Glasgow, Birmingham, Edinburgh, Plymouth, Northampton, Nottingham, Blackpool and Bromley