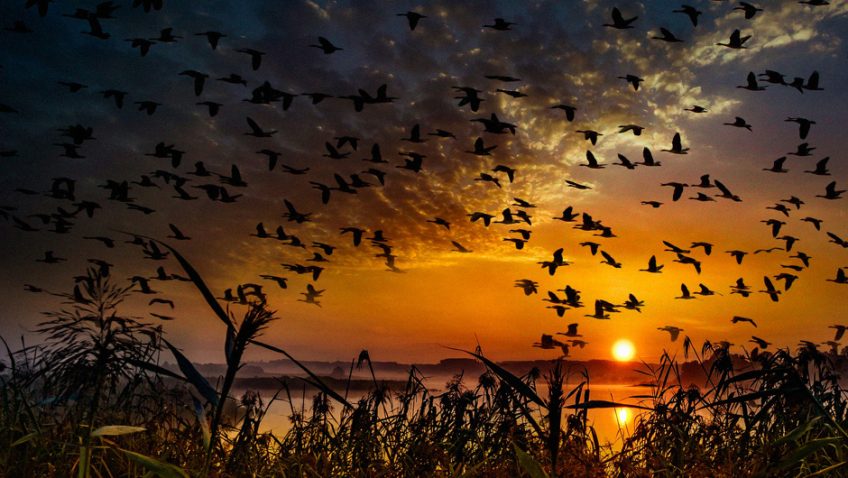 The distribution, numbers and behaviour of birds in the UK are changing because of a changing climate, a new report reveals.

The State of the UK’s Birds 2017 (SUKB) – the one-stop shop for all the latest results from bird surveys and monitoring studies – this year highlights how many of the UK’s species are already being affected by climate change, responding to UK average summer temperatures having increased by nearly 1 degree centigrade since the 1980s. The report highlights how species’ distributions are moving northwards, shifting their distributions as temperatures rise and their habitats change as a consequence. Many of our rarer breeding birds are at a high risk of extinction in the UK, based on projections of how climate will become less suitable for these species. These birds are mainly found in the north of the UK and in many cases, such as for the dotterel, whimbrel, common scoter, and Slavonian grebe, population declines have already been considerable.

However, the report contains better news for some birds. A number of species that currently only have a toe-hold in the UK, will have opportunities for colonisation and range expansion. Some with southerly distributions in the UK have shown substantial increases in recent years, including quail, little egret, hobby, and Mediterranean gull. Other species such as little bittern and zitting cisticola may colonise southern Britain, using the UK as a refuge, as their home in continental Europe becomes too warm and dry and they shift their distribution northwards.

Short-distance migrants such as blackcaps and chiffchaffs are already benefitting from the warmer, wetter winters that the UK has experienced over recent years and are increasingly overwintering here, rather than migrating to southern Europe. Breeding numbers of both have more than doubled since 1970 by 289% and 104%, respectively. They are also expanding northwards in the UK and into higher altitudes to breed, as the climatic conditions become more favourable in these places.

One of the most compelling revelations is how birds have adapted their behaviour in response to warming temperatures.

One of our most familiar summer visitors, the swallow, which migrates to and from southern Africa each year, is arriving back in the in the UK 15 days earlier and breeding 11 days earlier than it did in the 1960s. Swallows and other migratory birds, such as garden warblers and whitethroats are also delaying their return migration each autumn and so some species are now spending up to 4 weeks longer in the UK each year.

But it isn’t only our migrant birds that are changing their behaviour. One of our most familiar resident garden birds, the great tit, is also laying its eggs 11 days earlier than 40 years ago. These are obvious and major changes that show that even our common wildlife is already being affected by climate change.

To find out more visit https://www.rspb.org.uk/