Home / LIFESTYLE / REVIEWS > / THEATRE REVIEWS / The fault, dear Brutus, is not in our stars but in ourselves 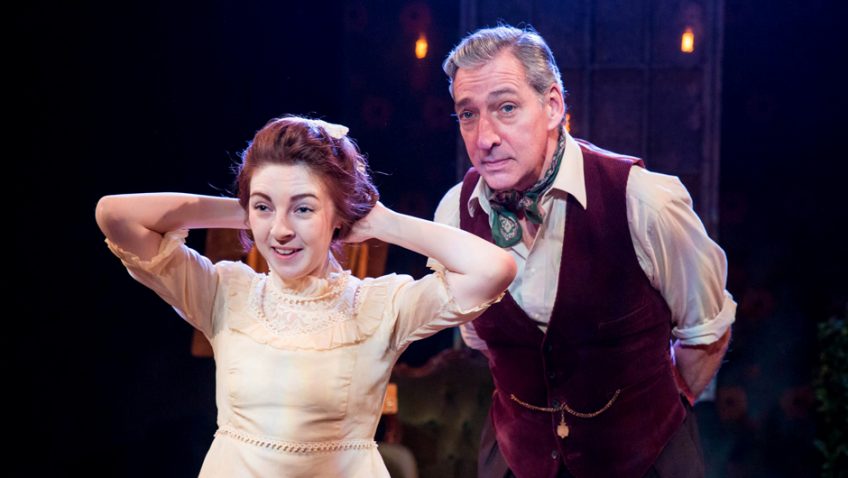 The fault, dear Brutus, is not in our stars but in ourselves

It is ridiculous that the only play of J M Barrie that is regularly revived is Peter Pan. The good news is that Troupe is reviving Dear Brutus, which premiered successfully one hundred years ago and many regard as his masterpiece.

Barrie writes about a group of people on midsummer’s eve being given a second chance and observes the pain and the comedy and the farce that self-knowledge can bring. The invited guests have the opportunity to find out what they might have been, had they not taken that “wrong turning” years ago and which they have blamed for the shortcomings of their lives.

You have to be careful when you go into the woods on Midsummer’s Night. Strange things are liable to happen.

Her ladyship (Helen Bradbury), for instance, finds herself having an impassioned fling with the butler (Simon Rhodes).

A philandering egoist (Edward Sayer) is not sure whether it is his wife (Bathsheba Piepe) he loves or his mistress (Charlotte Brimble). All three end up behaving like the juvenile lovers in A Midsummer Night’s Dream.

The most serious role is the alcoholic artist – the role George du Maurier created – and now played by Miles Richardson. The artist is unhappily married to a woman (Emma Davies) he is never certain whether she is going to kiss him or knife him. The marriage is childless.

Barrie has always enjoyed mixing the real and the fantasy world. The most poignant scene comes when the artist has a vision of the daughter (Venice Van Someron) he never had.
The scene is then made more poignant by the dream-girl’s fear of how awful it would be to wake up and find she is not alive.

Jonathan O’Boyle’s production, designed by Anna Reid, is played straight through without an interval. It looks elegant but with a single set, and the furniture remaining visible all the time on the traverse stage, he has not solved the problem of how to differentiate sufficiently between the drawing-room and the wood.