Home / LIFESTYLE / REVIEWS > / THEATRE REVIEWS / Paul Jones works the stage, heavily plugging albums but with vibrant music and charm he just about gets away with it 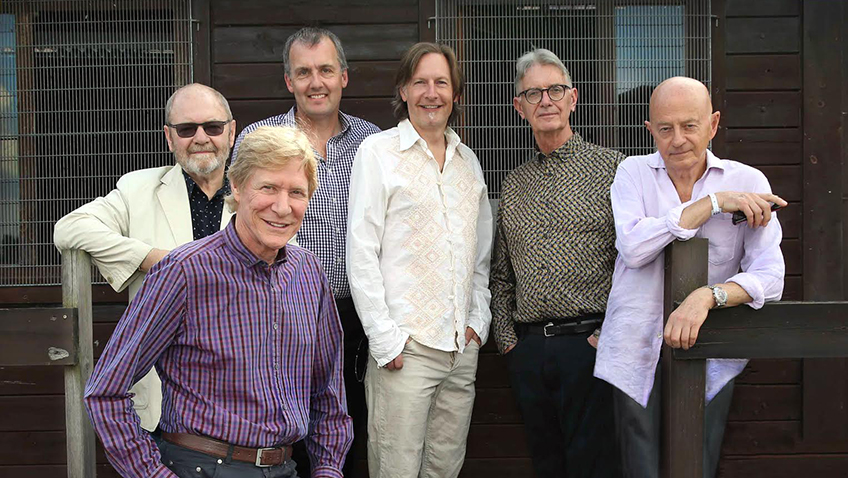 Paul Jones works the stage, heavily plugging albums but with vibrant music and charm he just about gets away with it

Gigs by The Manfreds earn standing ovations. No surprise there. With non-stop flows of dazzling musicianship and a repertoire packed with variety and contrasts, the joy they share in creating live, vibrant music makes for an evening of exciting celebration.

Music and creativity are clearly key ingredients in the elixir of youth: good-humoured, charismatic front-man/showman Paul Jones is one of the original sixties’ line-up, yet still as lithe and eager as in his Pretty Flamingo days – maybe lither! Spreading the sparkle of energy and enthusiasm far and wide, he works the stage, interacting with the audience at every turn to build a warm intimacy. Amidst chat and anecdotes come heavy plugs for the group’s CDs and solo albums, but with his suave, confident Bill Nighy charm and Oxford student chutzpah, he just about gets away with it. Besides, his distinctive vocals are key to the songs and his harmonica skills are out of this world, while his perky, septuagenarian stamina stretches right through the interval when the chaps forgo putting up their hard-working feet in favour of signing albums.

The wide-ranging repertoire of hits, jazz and blues showcases each player’s musical expertise. Marcus Cliffe and his bass guitar perform a fabulously laid back and catchy People Get Ready from his (at last) solo album, while there’s rapturous applause for guitarist-singer Tom McGuinness (original Manfred Mann-er and also a member of Paul Jones’ monstrously talented Blues Band) with his Malt and Barley Blues and most especially for When I’m Dead and Gone. In flat cap, Simon Currie demonstrates again and again the joy of phenomenally good sax, both tenor and alto, throwing in a mean flute on the side. When sax combines with Jones’ stupendous harmonica playing, it’s a match made in Heaven. Needless to say, they have their tambourines and marracas out from time to time as well.

Initial disappointment at the absence of Mike Hugg on keys and Rob Townsend on drums is forgotten with a wild drum solo from Frankie Tontoh and glorious, scintillating contributions from formidable jazz pianist Mike Gorman. (Original keyboard player, Manfred Mann, has his own Earth Band following, especially in Germany).

In an evening of boundless energy and virtuosity, ballads, R&B, jazz and Golden Oldie hits travel from Pretty Flamingo to Howlin Wolf, taking in varied treats all along the way – Dylan’s Just like a Woman, Nat King Cole’s Straighten Up and Fly Right , Groovin’, and a Water Melon Man interrupted by A Bad, Bad Boy. Naturally, the band oblige with a 5-4-3-2-1, a Sha La La and a Do Wah Diddy Diddy, and it’s soon all too obvious that by the time Dylan’s Quinn the Eskimo gets here, everybody’s gonna jump for joy. After that they’ll demand an extended, audience-assisted encore of If You Gotta Go, Go Now before leaving full of happy satisfaction and feeling years younger.