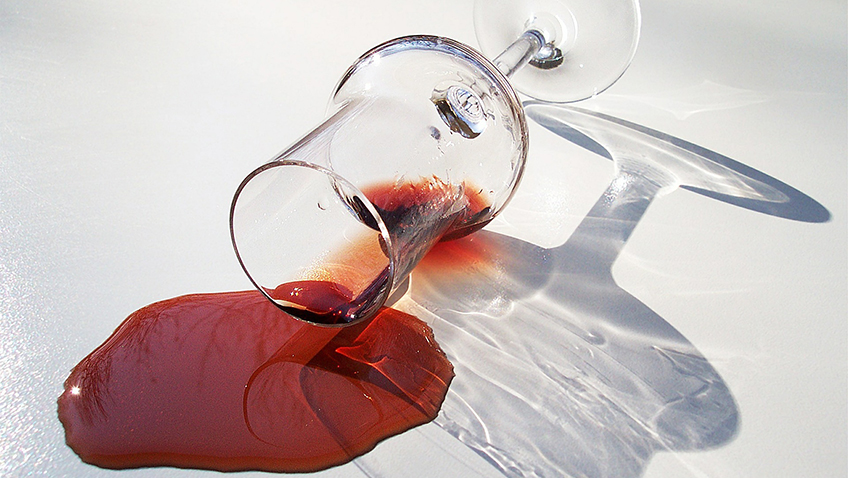 How to remove red wine stains

The problem of stains has been vexing me this week – red wine stains to be exact. This rather clumsy oaf managed to knock over a nearly full glass of rather delicious Chianti on to the waiting once cream-coloured carpet below. I don’t know whether I was more vexed at losing the ability to enjoy that particular glass of wine or why the home of a wine writer has cream-coloured carpets in the first place. Prompt action solved the stain situation and the need to decide on a replacement carpet.

Pouring the contents of the water jug on to the now 6 x 4 inch dark mark meant that the red wine was immediately diluted and also wetted the carpet area even more fully than the wine did. Because the secret of stains (of almost any sort) is not to let them dry out – leaving a stain, particularly red wine, until the next morning when you might be feeling more robust and in a cleaning mood is fatal as the offending liquid will have soaked right into the fibres and be “set”. So making it five times as difficult to remove the stain with the added bonus that the fabric may never look quite the same again afterwards.

. But none of this dainty dabbing that is often suggested for wine stains but rather pushing down and scrubbing back and forth with the aim of soaking up as much of the liquid as possible in as short a time as can be achieved after eating the meal that the rest of the bottle of Chianti accompanied.

It worked. An almost entire roll of kitchen towel was sacrificed to the absorption of the mess and the carpet returned to its once cream colour where all the other little stains and burn marks from spitting logs from the wood burning stove are once again revealed.

Another upside of this episode is that I now understand why pubs and restaurants nearly always cover their floors with swirly patterned carpets in those shades of browns and greens that hide the stains so well.

Sensi Italian Prosecco Brut 2017
£17.49 Ocado
Bit of any eye full as it comes in a gold-covered bottle. All very pretty and expensive but the wine inside is still prosecco. A lightly flavoured fizz.

Banfi Italian Principessa Gavi 2017
£18.50 La Zouch (Ashby de la Zouch), £85 for case of 6 Christopher Keiler Fine Wine
An expensive wine for what it is with creamy lemon and almond flavours. A wine to splash out on if you’re in the mood.