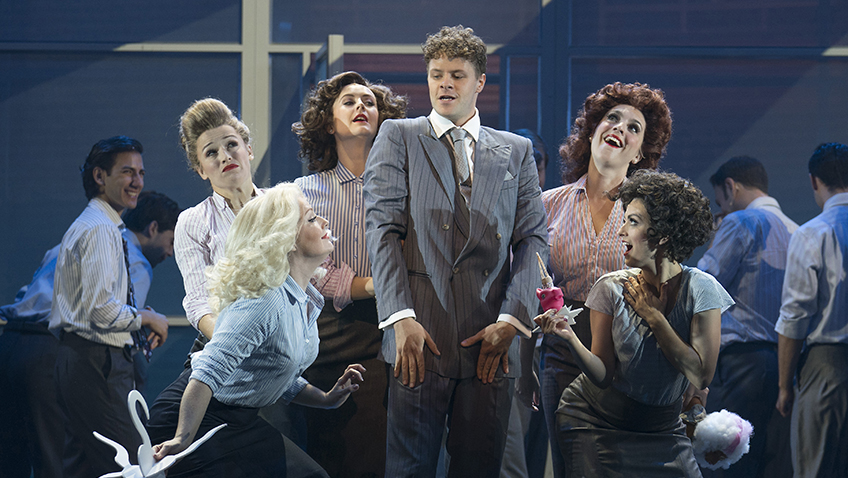 Big is an old-fashioned musical for nostalgic family audiences

Be careful what you wish for. Josh Baskin, a 12-year-old puts a coin in a carnival wishing machine and wishes to be big. He gets his wish; but remains a little boy in an adult’s body, mentally and emotionally.

If you had seen Big

, the 1988 movie with Tom Hanks, you might want to see the musical or you might not. The book is by John Weidman. The music is by David Shire. The lyrics are by Richard Maltby. The musical had its premiere in New York in 1996. It was not seen in the UK until 2016 when it had brief runs in Plymouth and Dublin. It will be interesting to see if the present production can fill the enormous Dominion Theatre. 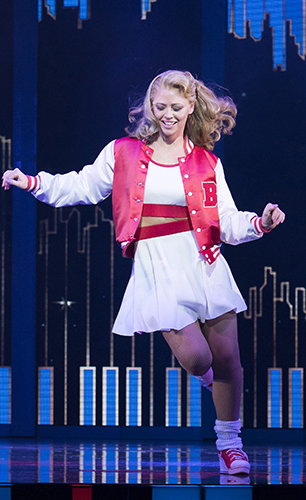 Kimberley Walsh in Big the Musical

Big is an old-fashioned musical for nostalgic family audiences who like a bit of schmaltz. And there is nothing wrong with that. Big is much better than I thought it was going to be; certainly better than the Broadway production.

32-year-old Tom Hanks had his first big success in the movie and his immensely likeable and believable little boy act is a hard act to follow. His body language was remarkable. The lead role is now taken by Jay McGuiness who was one fifth of the Irish boyband, The Wanted, and won the 2015 Strictly Come Dancing competition. McGuiness has lots of charm.

Josh retains his boyish innocence in an adult world. He lands an executive job in a toy firm.

Josh knows what kids want to play with at 12 and 13. What did you want to play with when you were 12 and 13? Josh gets a girl friend and that’s the end of pubescence. On his 13th birthday he has sex with the marketing manager (Kimberley Walsh) which may raise some eyebrows. She of course genuinely thinks he is a grown man.

The show is directed and choreographed by Morgan Young. The dance number for a harassed office staff, Coffee Black, is enjoyable pastiche of Bob Fosse’s angular, bunched altogether style in How To Succeed in Business Without Really Trying.

The dance on the giant keyboard on the floor of a toy emporium with the boss (jolly Matthew Kelly) sadly does not have the impact it had in the film. Simon Higlett’s set, however, with its huge rotating drum and its projected video designs by Ian William Galloway is a big plus.