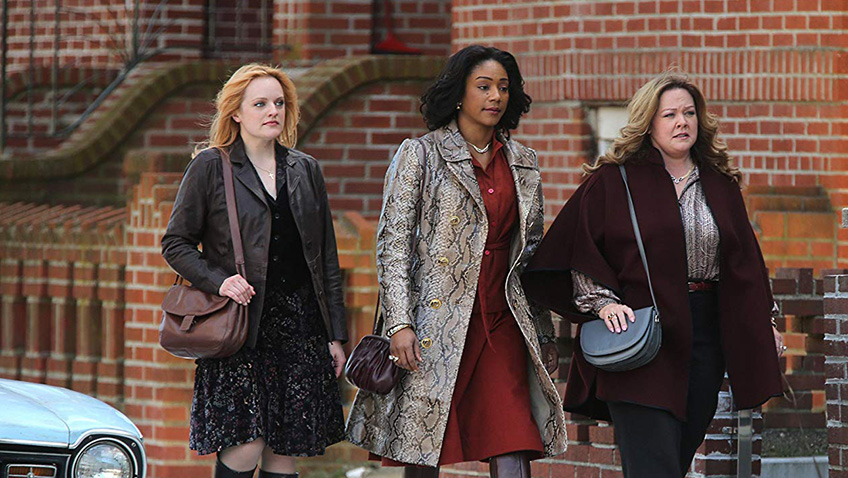 , but don’t expect a display of culinary skills in writer/director Andrea Berloff’s directorial debut, based on a Vertigo comic book miniseries by Ollie Masters and Ming Doyle

. This is Hell’s Kitchen, 1978: a gritty area of Midtown Manhattan before gentrification in the 1990s, when poor and working-class Irish Americans kept crime high, property prices down and mafia activity active. When three local gangsters are sentenced to three years in jail and the local crime boss refuses to support their long-suffering housewives, the women stop baking cookies and start to compete for the neighbourhood protection business.

Three high profile actresses are the big draw here, and while they are very good, the characterisations are thin. Melissa McCarthy follows up her new character-driven role in Can You Ever Forgive Me? She plays Kathy Brennan, the daughter of a former ‘union’ boss (Wayne Duvall) who disapproves of his daughter’s – and his son-in-law’s – methods, but whose cousin provides Kathy with a henchman to carry out her work. Kathy is married to Jimmy (Brian d’Arcy James), who is a loving family man to their two children, although when Kathy’s success threatens him, he reveals his true colours.

Elisabeth Moss, now a household name from The Handmaid’s Tale, plays, not surprisingly perhaps, battered-wife Claire Walsh. Her husband, Rob (Jeremy Bobb), is so despicable that he does not even provide the feeble after-beating apologies that might justify her remaining with him. Vengeance, when it comes, is sweet. 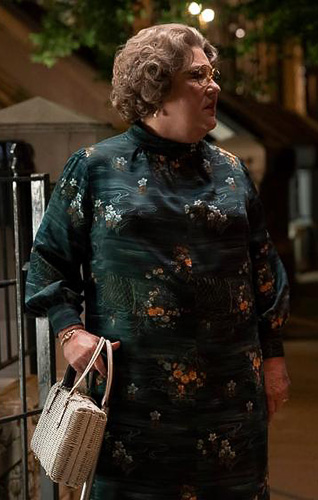 Margo Martindale in The Kitchen

If the scene is set for revenge, it takes the women a while to realise that the three-year separation from their husbands is not a crisis, but an opportunity. The opportunity comes when the women realise that they will starve without a source of income. So, they turn to the only business they know, aware that the men in the gang have not been efficient or effective and many merchants have stopped paying.

The women decide to do the legwork and visit all the wary merchants in the area to offer real protection and other benefits in exchange for cash. They are informed and understanding but very professional. The fact that they are women reassures, for example, a beauty parlour owner and an older shop keeper whose needs they address.

And then Gabriel (Domhnall Gleeson), who has always been in love with Claire, offers to help when a strong arm is needed. Gabriel admits that he returned from San Francisco when he heard that Rob was in jail and wants to fill the void in her life.

Though he was apparently a Vietnam Veteran, Gabriel is also a professional assassin, and knows how to cut up a body so they don’t float. He also knows which tide in which river will carry the body bag out to sea. When Gabriel is demonstrating his skills to the three women, only Claire shows any enthusiasm for the gruesome task. And when Gabriel offers to be her enforcer, Claire tells him she wants to learn and do the jobs herself. While this might represent the new liberated, self-sufficient Claire, it must be said that she becomes inseparable from Gabriel, suggesting she always needs a man in her life. You could also argue that she has been starved of real love her entire life, so she deserves the attention of a devoted man to whom she is physically attracted. In any event, their chemistry is great, and this subplot is one of the most entertaining parts of the film. 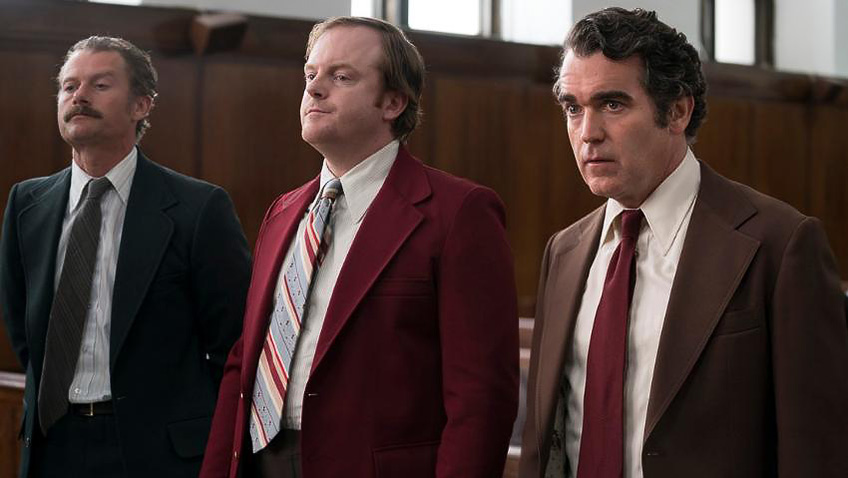 There are several short cuts in the depiction of how the women conquer Hell’s Kitchen. When Ruby shoots a pimp (in the back) she tells the two prostitutes present that they will work for her, but we never see them again and are never certain how she will better their lives.

After conquering Hell’s Kitchen and doing away with its former crime boss, the women expand into the Diamond District and want a piece of major construction being financed by a group of Hasidim. When one investor will not go along with the new protection racket, he is shot dead in his front yard.

As the women expand their territory, they attract the attention, and, if we can believe it, the respect, of powerful Italian mafia boss, Alfonso Coretti (Bill Camp). If they do not want to be wiped out in turf warfare, he wants a piece of the action. In their meeting, Ruby surprises the other two women by driving a hard bargain that is accepted with a handshake.

The film begs comparisons with Steve McQueen’s 2018 film Widows, in which three women take over a planned robbery to pay off their husband’s debts after the men, including an abusive husband, are killed in a stitch up. Whether or not you thought Widows great or overrated, what we never saw there, but see here, is the women negotiating and using their brains to run a business over the long term. 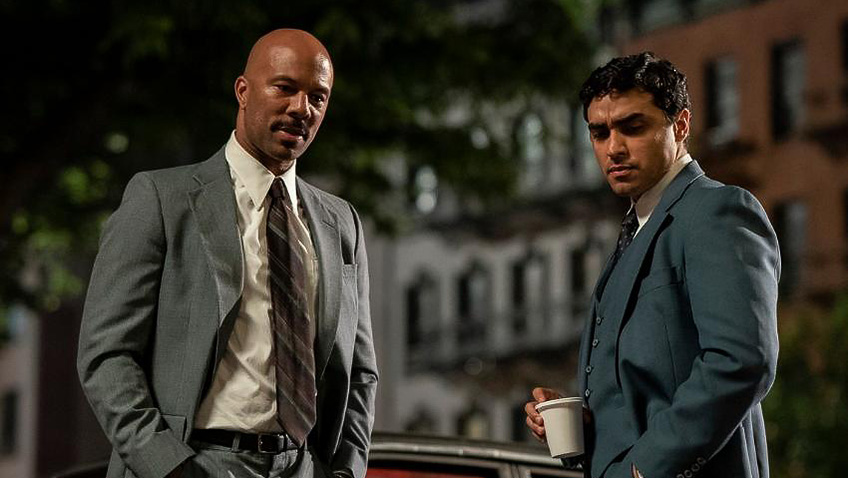 Common and E.J. Bonilla in The Kitchen

But in her directorial debut Berloff makes the big mistake of mixing a realistic depiction of the women’s domestic and business situations, with comic book violence and the two do not gel. The dead Jewish man in the front yard, Gabriel’s anatomy lesson in the bathtub, a man shot in the back and Ruby’s revengeful, Monday night dinner date with Helen, are jolting and go against what we thought the women stood for. Only in a black comedy could we accept these actions, but the tone of The Kitchen

has no place for witty one-liners or comedy.

Another big mistake, which is sprung on us out of nowhere, and is hastily treated, concerns Ruby and a black police officer, played by Common. He had a much more satisfying role as an NYPD cop battling the FBI in the recent film, The Informer, but here, this baffling black power subplot feels tacked on and comes to nothing.