Home / LIFESTYLE / REVIEWS > / FILM REVIEWS / This crime thriller has its moments, but the uneven casting and style detract from Joel Kinnaman’s performance 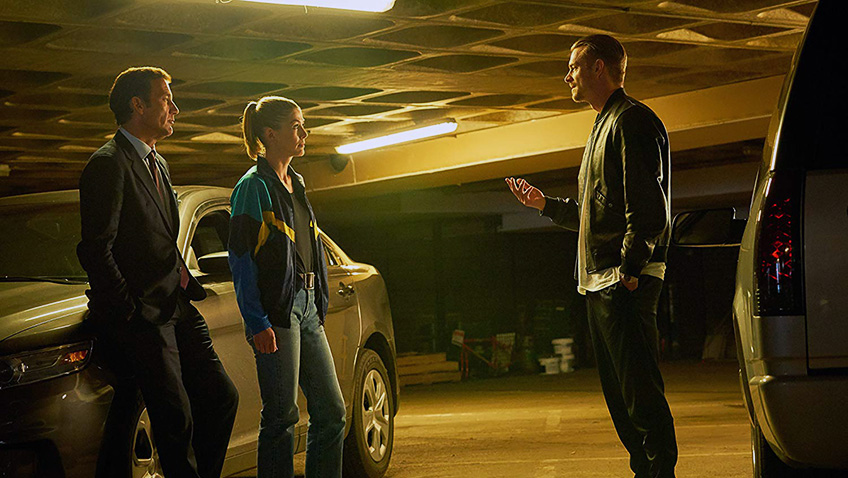 This crime thriller has its moments, but the uneven casting and style detract from Joel Kinnaman’s performance

is a crime thriller written and directed by Andrea Di Stefano, whose feature debut, Escobar: Paradise Lost from 2015, showed how an innocent surfer on holiday becomes dangerously entangled in the drug cartel’s web. In The Informer

, Peter Koslow (Joel Kinnaman), a family man and Iraq, and Afghanistan veteran with an unjust prison sentence for murder, finds himself playing a deadly game with the FBI, a drug lord and an NYPD detective. Both films ask how a person can survive, let alone retain their moral integrity when no one is playing by the rules, or when there are no rules.

Di Stefano packs the film with enough unpredictable twists and turns to keep us engrossed although there is one big twist that we’ve seen in so many FBI/informer films that it cannot really count as a twist. To make up for this Di Stefano stages one of the best prison break scenes in recent memory. Kinnaman is perfect casting, but it is FBI agents Wilcox (Rosamund Pike) and Montgomery (Clive Owen) who detract from all his, and Di Stefano’s efforts.

We are thrown into the film “in medias res”, with Koslow (Kinnaman) arranging what he hopes will be the grand finale of his undercover work for the FBI when he leads them to the elusive, murderous drug lord known as The General (Eugene Lipinski). In what has become a staple of the crime genre since the superb Luc Besson film, La Femme Nikita, Koslow was offered a reprieve from prison for some “off-the-books” dirty work for a state crime agency.

It is Sofia (Ana de Armas) who enlightens LAPD detective Grens (Common) and the audience later in the film that Koslow is a good guy who just got a bum rap. When Sofia was harassed in a bar, Pete sprang to her defence and was attacked by three men, one of whom died. Like Keanu Reeves’ John Wick, Pete Koslow can take on three men at a time no problem, but no one can picture him as a victim.

At last, though, there is light at the end of the tunnel. The General has been smuggling fentanyl into the country in diplomatic pouches and when this last consignment is delivered to him that day, he will be caught red-handed. Koslow, his long-suffering wife and their daughter Anna (Karma Meyer) will be free to resume their normal life. Of course, if all went to plan this would be a very short film. 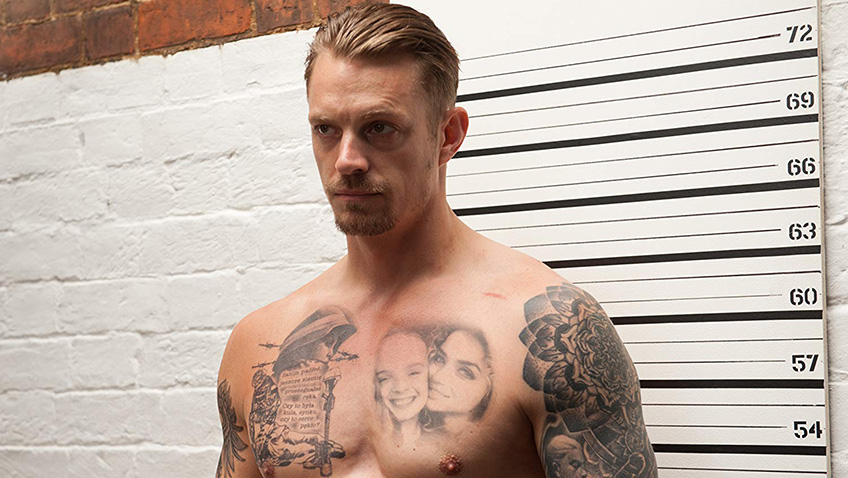 Joel Kinnaman in The Informer

Though suspicious of everyone, The General has grown to trust Koslow, who certainly has more brains that his trigger-happy, psychopathic nephew Stazek Cusik (Mateusz Kosciukiewicz). Stazek, in a misguided effort to assert himself, decides to do a side-deal on the way to his uncle’s with the drugs. Koslow’s handler, Wilcox is following a carefully wired Koslow when he alerts her to the sudden change in plan. Unfortunately, Wilcox makes a mistake and has no plan B.

Koslow is coerced into going along with Stazek’s stop-over but there is something about the buyer, Daniel Gomez (Arturo Castro) that alarms him. Koslow’s attempt to warn off Gomez ends in a shoot-out, with Koslow, captured on CCTV, in front of the scene of the crime.

Grens, a diligent NYPD detective is studying the CCTV footage with a personal stake in the crime. He risks outing Koslow and his putting pressure on dodgy FBI supervisor, Montgomery (Owen) to hand him over to the NYPD. Meanwhile, in a scenario we have seen over and again, Koslow’s handler Wilcox , is furious with Montgomery for ordering her to betray the man who has trusted her word. Will she – and if so, can she – risk her job to try to save him? 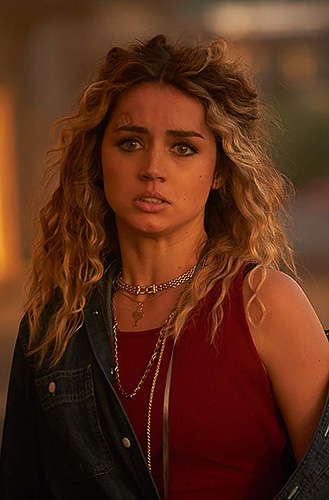 Ana de Armas in The Informer

is based on the book 3 Seconds

by Swedish crime-writing team Anders Roslund and Börge Hellström and has been competently adapted for screen by Andrea Di Stefano with Matt Cook (Triple 9) and Rowan Joffe (The American). Sadly, though, the character of Grens, who is the focus of the novel, is not fleshed out in the film. In the novel we learn about the private life of a 60-ish (significantly older than Common) loner who neglects himself and any semblance of a social life but digs deep into his police cases, doggedly pursuing any lead. We miss that as the rapper-activist-philanthropist-actor Lonnie Corant Jaman Shuka Rashid Lynn, known to the world as Common has charisma and lights up his scenes, but his character is underwritten.

While the film needs another strong female character (Ana de Almas is convincing as the tough, but naturally terrified wife), Rosamund Pike (replacing a male agent in the novel) is as disappointing here as she was terrific in A Private War. She turns Wilcox into a sluggish equivalent of Eva Marie Saint’s Nurse Kitti Fremont in the film Exodus: along for the ride and dutifully showing up at pivotal moments. Equally dull, Clive Owen walks through the thankless role, not even trying to overturn the chains of stereotyping that bind him. That said, it is not his fault that it takes everyone so long to become suspicious of his irrational decisions.

But this is Kinnaman’s film and he keeps us watching, particularly during a long, tension-packed and cathartic prison-break sequence that is the best I can recall. It is not the Swedish origin of the underlying source novel that is behind his casting, but his ability to play a promising Economics Student drawn into organised crime (Easy Money); a Republican Nominee for President in the U.S. House of Cards; and a police detective who is injured in an explosion and transformed into a cyborg in the remake of Robocop. Like Montgomery, you can look at him and assume he is guilty of murder, but on closer inspection, he has the stature and authority of a law enforcer, the good looks of a lover and the responsible character of a family man.

In addition to the prison and prison break sequence, there are other well-directed scenes, although not all of the film has their tension. Di Stefano’s style is underdeveloped, and the film looks as sleazy and uninspired as The General’s two Polish thugs, straight from central casting.