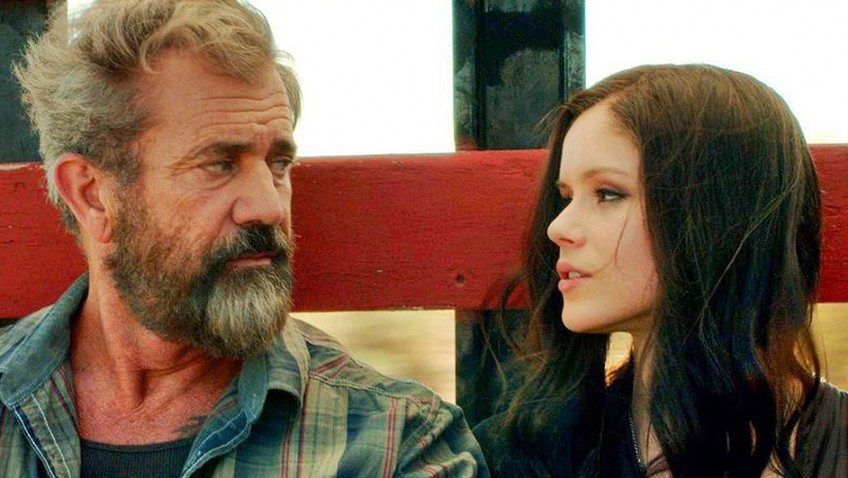 With his Mad Max franchise in the 70s’ and Lethal Weapon films in the late 80’s, Mel Gibson became one of the most famous, successful and popular action heroes in the world. Yet he has not had a starring role in a hit movie since Signs in 2002, and has only appeared in four films since then.  While he deserves credit for directing the thrilling Apocalypto in 2006, Gibson’s acting career plummeted at age 50 – not because of age, but because of anti-Semitism; sexist insults aimed at a female police officer; rumours of domestic abuse and an arrest for drunk driving. How does a 60-year-old megastar with this pariah status make a comeback?

Clearly with a bit of humour, self-effacement, honesty — and a return to the mad Mel who we found so disarmingly endearing.

‘My name is John Link’; I’ve been clean for two years,’ announces a man with wrinkles like deep furrows that disappear only under a grey/white beard.  ‘I have a kid I can’t find; a wife who doesn’t speak to me and most people I know are on parole violations.’   Art imitating life, a savvy script writing team (Peter Craig and Andrea Berloff, Straight Outta Compton, World Trade Centre) or a director (Jean-François Richet) who knows the type.  Richet is the director from the rough suburbs east of Paris who gave us Assault on Precinct 13, and the biographical Mesrine, Killer Instinct and Mesrine Public Enemy Number 1?

Gibson’s new character, John Link, ekes out a living from his caravan in the desert outside of LA.  If you don’t want to be found this is a good place to live.  John’s neighbour and only friend is his AA sponsor, Kirby (William H Macy). Link is lying low while on parole to keep out of harm’s way.   For the film to work, we have to like the guy, so we learn later on that (a) he is a Vietnam War veteran and (b) he took the wrap for someone else. The details should not concern us. It is only important to know that he has what it takes to serve 7 years in prison and is doing everything possible not to return there.

But that’s where he is heading when into John’s life like a bat out of hell comes this missing kid.  His daughter Lydia (Erin Moriarty) is 17 going on 30. She is outspoken, pretty, tough, up to a point and dresses in hot pants, combat boots and not much else.

When we first see Lydia she is buying bullets for her boyfriend, the handsome Jonah (Diego Luna from Y Tu Mama Tambien) who works in the property business.  But Jonah is one big euphemism.  We learn the kind of ‘boyfriend’ Jonah is when he forces Lydia to get high to prepare her to assault a family who are being forcibly evicted at gun point.  This is the ‘property business.’ As Jonah likes to share the fun with his girlfriend, he asks Lydia to shoot the mother, tied to an armchair.  Instead-call it an accident – she shoots Jonah. Now Lydia is on the run and the only person who will understand what that means is her estranged dad. She calls and he collects her.  After a few hours he realises that his college-educated princess drinks, takes drugs and is mixed up with a psychopath.  It’s not long before Jonah’s gang track them down.  John impresses in a gun fight where the odds are so against him that his home is destroyed.  He and Lydia get away with their lives when Kirby and a few mates come out to help.

In an ironic subversion of the lovers on the lam subgenre, father and daughter become fugitives, escaping the law and their killers.  When they stay in a run-down hotel and are mistaken for a dirty-old-man and an under-age hooker, there is mild embarrassment, but Lydia has learned a lot in a short time.  She flirts with the receptionist (Thomas Mann) who has recognised them on the news.  This does the trick and he helps them escape from the police. Meanwhile, someone has hired an assassin to go after Lydia. You’ve seen it a hundred times in films from The 39 Steps to the Fugitive. The assassin shoots the policeman, and John will be blamed.

John heads for a seedy roadside bar where some of his former mates hang out.  He needs information as he plans to pay a visit to his old war buddy Preacher (Michael Parks, terrific).  Though John is unsuccessful, Lydia intoxicates the rednecks and comes away with an address.  How did she acquire all these street smarts?

Preacher’s ranch should be their salvation. After all, Preacher was John’s mentor and John served seven years in prison for him. But Preacher wants the reward money and the reunion is strained.  John escapes on Preacher’s motorcycle, with Lydia hanging on behind him in a scene straight out of John Badham’s 1990 romcom thriller, Bird on a Wire: starring none other than Mel Gibson and Goldie Hawn.

Lydia is abducted from their next hotel after a call from Kirby – made under duress.  John is off interviewing an old mate in prison to get the dirt on Jonah and the assassin. John learns that Jonah’s ruthless family is after Jonah to punish him. With this information and some dynamite from Preacher’s stock pile, John plots his daring rescue mission.

This isn’t a comeback like Liam Neeson’s Taken series although the story is similar enough to beg the comparison.  For one thing, Gibson always was an action hero and for another, Taken was a better film.  There is nothing new in Blood Father

and that’s the point.  Mel doesn’t want new, he wants another Lethal Weapon.  It just about works, too, as whatever Good Will Gibson has lost, he has retained his talent which shines through the B-movie style.   The problem is that he also wants another Bird on a Wire and watching Lydia take the place of a long-lost fiancée is a bit creepy.  Or perhaps it’s that her character just doesn’t make sense. Gibson has 10 children so he knows how to act around daughters.  But this Lydia is not daughter material.