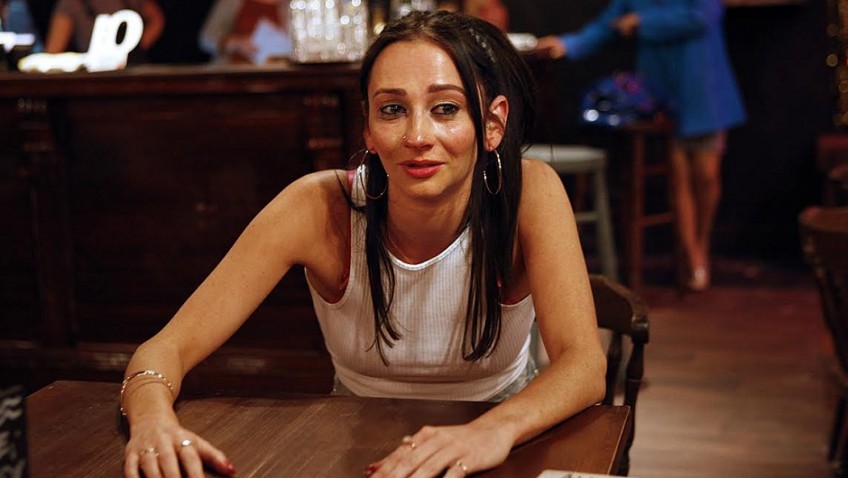 A Streetcar Named Desire, Cat on a Hot Tin Roof, Sweet Bird of Youth, The Night of the Iguana, The Milk Train Doesn’t Stop Here Anymore.

Eight sad and lonely characters in a Pacific Coast bar in the 1950s address the audience directly in a series of monologues. Things get pretty rowdy and tearful. The characters are life’s flotsam and jetsam.

They include the barman, a screenwriter and his latest pick-up, a very young man who was riding a bicycle when he drove by in his car. There is also an alcoholic doctor who has been struck off the register and carries out abortions, a role played by Tennessee Williams in Small Craft Warnings.

The leading character is a beautician (Lizzie Stanton), a survivor, who lives in a caravan with a selfish slob who lives off women one after another. Her best friend is a mentally-ill trampy nymphomaniac whose hands are liable to stray.

Jack Silver’s semi-immersive production transfers the action to a present day pub in Southend. What we hear doesn’t sound like Tennessee Williams when the dialogue is spoken with English accents.

The Southwark Playhouse studio has been converted into a seedy pub. Actors and audience share the same space. The audience sits at tables and chairs by the wall. The actors move in and out and around them. The setup and lack of focus can be very distracting; and it certainly doesn’t make this bitty play any more coherent and real.

The production was originally seen at the Edinburgh Festival Fringe in 2015. The actors evidently act it differently every night, as the mood takes them. Lizzie Stanton was very abrasive and very volatile on the night I went, bawling away.