Home / Your Views / A selection of our postbag in response to Jeremy Paxman’s comments: 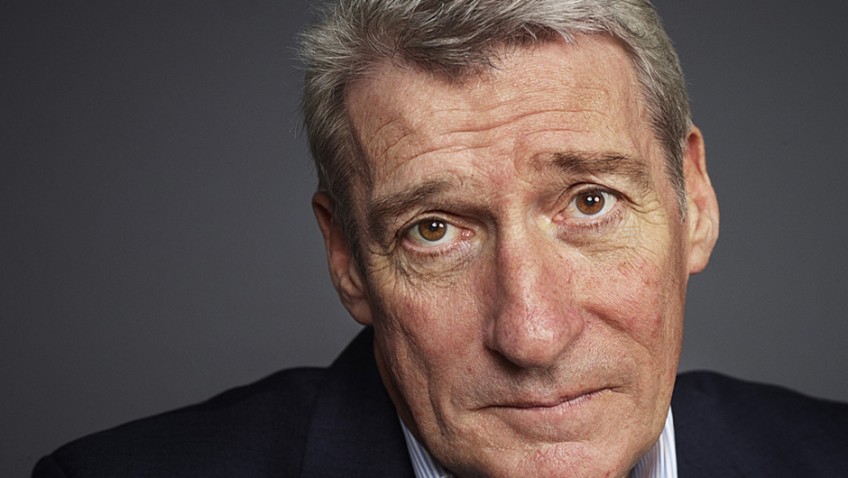 A selection of our postbag in response to Jeremy Paxman’s comments:

I’m 58, look 48 (people usually mistake my grandchildren for my children – the oldest is 6), and feel 38. I love your paper and its title and don’t feel the least bit insulted by it! Jeremy Paxman clearly has no business reading the Mature Times – perhaps the Immature Times would be more suitable for him.

Sour Puss Paxo – is that some sort of stuffing! Having picked up my very first copy of MT September 2016. I am pleased to say that besides yourselves I have written off to one of your advertisers, and telephoned another for further information.

In addition, I have put on our notice board (Retirement complex), the article on “Alive and Kicking” to encourage the current Tuesday exercise class, run by either of our managers, a class that I attend when my health permits.

As a few years roll on ‘Paxo’ will not only understand – and appreciate – papers like yours.

Congratulations to you for responding to Mr Paxman’s remarks (Sept edition). Mr Paxman has, over the years, proved his massive egotistic tendencies. Always right, always sarcastic. Well it is now time for Mr Paxman to accept reality of life. He is now becoming one of us, although he has a long way to catch up (my wife and I are in our late 80’s).

Mr Paxman must accept that if it was not for our generation, he would not be in his very elite position. He would most probably be working for his Nazi masters publicising all the Nazi propaganda. He certainly has all the sarcastic qualifications.

Mr Paxman should be ashamed of himself for making such remarks. We, the older generation of this country, saved the world in the 1940’s. Mr Paxman should keep his mouth shut and act his age.

In response to the most arrogant and extremely rude comments emanating from Mr Paxman which are so insulting and demeaning to our generation, that I am enclosing a photograph of myself at the age of 73 along with my husband who was 81 accompanied by my two sisters who were 68 and 81 respectively.

I wonder if Mr Paxman will be able to avoid all the afflictions that he assumes comes naturally with age. I think you may agree that our family look reasonably healthy, which I can assure you was the case when the picture was taken 10 years ago. I am now 83 years old and my younger sister is 78. Unfortunately, my husband and elder sister have passed away, but I have managed to maintain good health and do not suffer from incontinence, idiocy or indeed from valetudinarianism, neither do I wear surgical stockings or winceyette anything! Apart from the respect he has lost from an awful lot of people. May I just say that he certainly looks mature!

Full marks to Andrew Silk, publisher of Mature Times, for his brilliant ‘put down’ of Jeremy Paxman in this month’s edition of Mature Times. Perhaps when Mr Paxman reaches full maturity, I am 85 years old, have served in the Royal Air Force, ‘been round the block a few times,’ had a proper job since leaving school at the age of 14, never drawn a State Benefit in my entire life so far, and have attended ‘The University of Life’ for most of those years,) unlike him who had the privilege of a public school and university education.

May I suggest that if the likes of Mr Paxman, and other dubiously talented so called celebrities, had had a ‘proper job’ and understood a little more what real life is all about they would certainly, to use the more common ‘streetwise’ expression, engage brain before operating mouth!”

In his spirited defence of Mature Times (Paxo Bites Mature Times, August 2016 edition) Andrew Silk expresses surprise that the famous interview of Michael Howard by Jeremy Paxman took place nearly ten years ago. I was too – but not in the same way. I thought it was rather more than ten years ago when Paxman asked Howard the same question a dozen times. And indeed it was. The interview took place shortly after the Conservatives lost to Labour in the May 1997 election and Howard, no longer Home Secretary, was being scrutinised in his bid for the Tory leadership. So, nearly twenty years ago. Oh dear! The last thing the acerbic Mr Paxman needs is further ammunition against the publication. Perhaps a plea of ‘a senior moment’? Although on this occasion that might backfire a little.