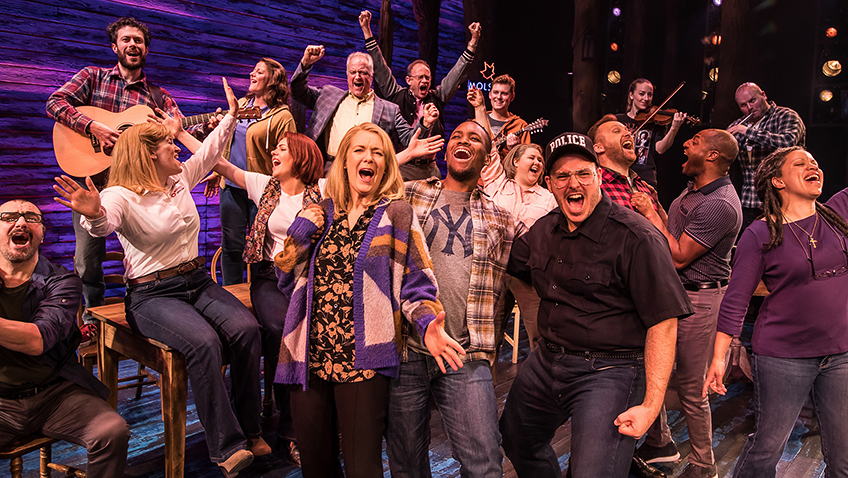 Come From Away is about the power of human kindness

On September 11 2001 high-jacked planes flew into World Trade Centre and US airspace was shut down. 38 planes were diverted to Newfoundland. 6,700 travellers were stranded in the remote small town of Gander. The population of Gander was instantly doubled.

The locals rallied round for five days, providing food, clothing and lodging. The story could be a subject for a television documentary. Instead, to everybody’s initial surprise, it is an uplifting 105 minute musical. 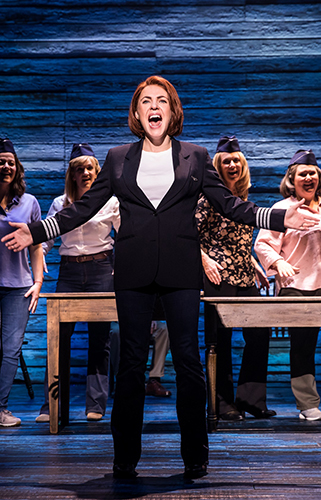 The book, music and lyrics are by the Canadian co-authors Irene Sankoff and David Hein, who are married. The script is based on their interviews with the residents, passengers and crew involved.

Come From Away, originally staged in 2015 in Seattle, following workshops in Ontario and Connecticut, has won many awards in America and Canada.

The musical is a tribute to Gander’s selflessness, hospitality, generosity and compassion. It would be difficult not to be moved by their resilience and camaraderie.

There are only twelve actors but there seems to be many more because so much is happening on the stage at the same time. The cast, a talented ensemble, racially and physically diverse, don’t look like your normal musical casting. They look real.

Working with only 12 chairs and 2 tables plus props, the actors sing, talk, mime and address the audience directly. They play multiple roles and the switching of character and location is done in an instant and seamlessly.

Christopher Ashley’s remarkable production and Kelly Devine’s musical staging, together with Tara Overfield-Wilkinson’s choreography, keep the story moving. The energy constantly amazes and there is so much humour. The lyrics may not be always audible but the music and the singing soar.

The band, who provide the Newfoundland sound throughout, come on stage after the curtain calls and have their own folk-rock spot to the delight of everybody.

The present production, which opened at the Abbey Theatre in Dublin before arriving in the West End, is the musical’s European premiere. The run has already been extended till September.

My guess is that many people, having seen Come From Away once, will want to see it again.