Home / LIFESTYLE / REVIEWS > / THEATRE REVIEWS / Could the Great Depression happen again? There is no limit to human stupidity 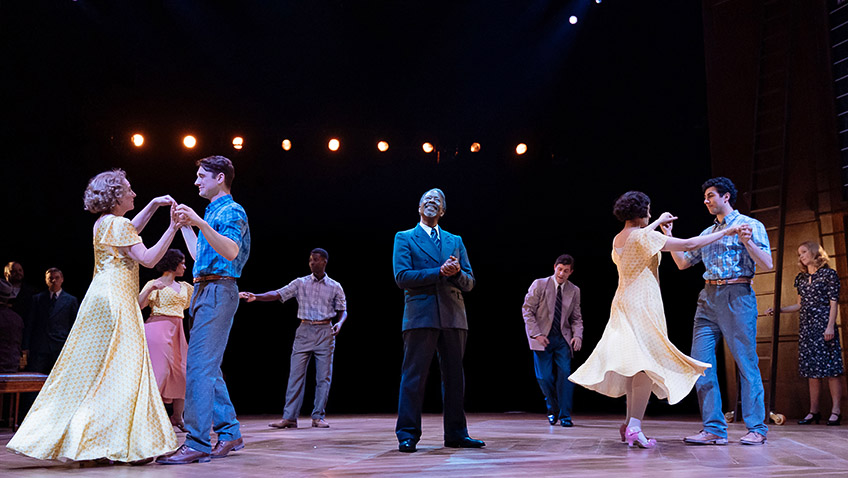 Could the Great Depression happen again? There is no limit to human stupidity

This year there is a season of plays by Arthur Miller, including The Price, The American Clock, The Crucible, All My Sons and Death of A Salesman.

The American Clock is about the Depression years. Millions of dollars were lost the moment the stock market crashed in 1929. By 1933 unemployment had reached an all-time high of 25%. Over 9,000 banks closed. The Great Depression exposed the hollowness of the American Dream. 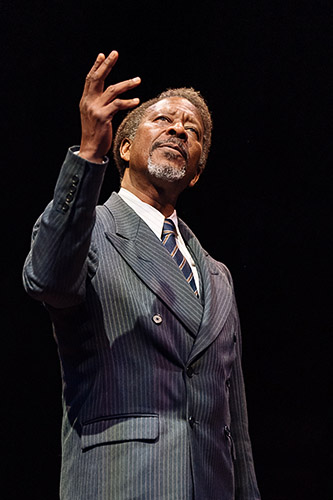 Clarke Peters in The American Clock

Miller was inspired by Studs Terkel’s Hard Times, an Oral History of the Great Depression and his own personal memories.

The American Clock is not a play as such. Miller has likened it to a mural and described it as a dramatic vaudeville. The script, very episodic and fragmentary, is a mixture of documentary and fiction.

There are three groups: a Jewish family; bankers and stockbrokers; and factory and farm workers. The play is both epic and personal.

The play failed at its premiere in New York in 1980 and closed after 12 performances. It had more success at the National Theatre in 1986. A much-cut production in 2012 at the tiny Finborough Theatre confirmed it needed an epic sized performance and vaudeville songs to work properly.

Rachel Chavkin’s revival is in the round. There is a live jazz band on stage. Clarke Peters heads a fine ensemble acting multiple roles. The production is punctuated with songs of the period and lasts three hours with a 20 minute interval.

Three hours is ridiculous when so many scenes fall completely flat and could so easily be cut.

The Jewish family is played by three different sets of actors and mixes black and white actors. The play is already fragmentary enough without making it more fragmentary.

One scene which should make far more dramatic impact than it does is the forced sale of a bankrupt farmer’s farm and the near‑lynching of a judge, who is forced to agree to a sale at a price the farmer can afford ‑ one dollar.

Another scene which should have more impact is when a father and son pretend to hate each other in order to fool a welfare officer.

One of the better scenes involved a Jewish mother trying to force her songwriter son to marry the unattractive girl downstairs so that they can live rent‑free. The youngsters themselves have a good scene together.

There is also a song‑and‑dance vaudeville act from the president‑elect of General Electric who spells out a Marxist message and then resigns.

But the play fails and when it comes to the Great Depression there is nothing here to compare with The Grapes of Wrath, They Kill Horses, Don’t They and the photographs of Dorothea Lange.

Chavkin attempts to bring the play to life by constantly bringing on and off unnecessary furniture, including a grand piano, and keeping the cast moving all over the place.

The Arthur Miller play you must not miss is The Price at Wyndham’s Theatre which runs only until 27 April.