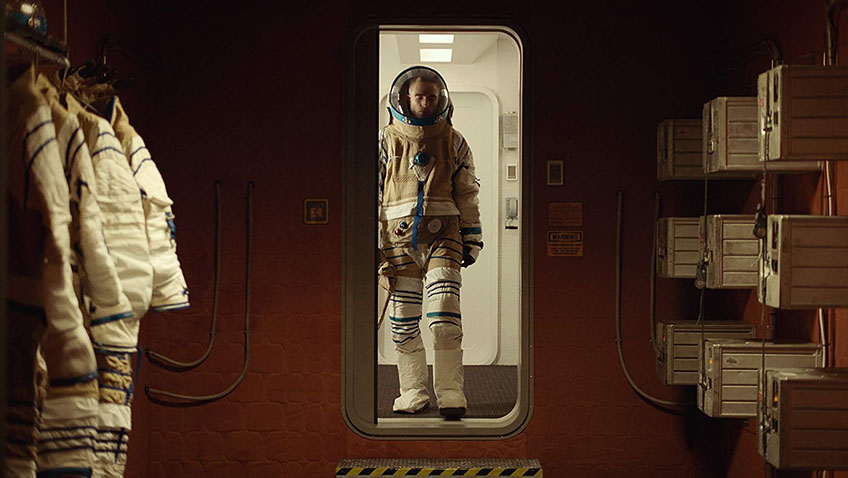 French auteur Claire Denis’ (Beau Travail, 35 Shots of Rum, White Material) new film is her first in English and her first in the Science Fiction genre, although arguably not her first film that could be classified as horror. Denis has said that she has wanted to make a space movie for 15 years, but could not imagine one in French, hence, the American language and, for the most part, cast. The talents of two big names, Robert Pattinson (Twilight series) and Juliette Binoche (Camille Claudel 1915, The English Patient) help get us through some nasty goings-on in the spacecraft where NASA has sent a group of death row prisoners on a scientific suicide mission. The triple punning title, which proves effectively ironic, is a testament to Denis’s grasp of the English language.

The other star of the film is the space craft itself, which was designed by Danish-Icelandic Ólafur Eliasson who wowed crowds at the Tate Modern with his weather project installation back in 2012. People spent hours basking in the misty, spiritual sun of the Turbine Hall, but you won’t want to linger long in this spacecraft.

Nonetheless, if you can get past the absurd premise, you are in for some of Denis’ most beguiling filmmaking, at once revolting, fascinating and uncompromising. This one has been saddled with an 18 certificate.

A group of death row convicts with no scientific skills have agreed to go up in space to avoid the electric chair. The convicts were told that they would be freed if they participated. They are either not very bright or caught between a rock and a hard place because the experimental mission to find a black hole as an alternative energy source is, for all intents and purposes, a suicide mission with no chance of a last minute reprieve from the governor.

It’s best not to ask why NASA would do such a thing, particularly when the fall-out from bad publicity (cruel and unusual punishment comes to mind) would tarnish the research. You also have to wonder why NASA trusted a group of convicts to follow instructions on the craft or why they needed a manned-capsule at all.

In the first scene, however, we know nothing about any of that. Alone on a spacecraft with a baby girl he calls Willow, a 30-something man with close cropped hair named Monte (Pattinson) is learning about parenting while trying to survive on light years from the earth. Distracted by the baby’s cries while outside repairing the craft, he drops a precious tool into the void of eternity. No one seems to be on the other end of the rudimentary communications anymore and Monte, lean and pale, is alone with the baby whom we assume is his. These moments of are the most humane and tender in the film, so it’s just as well they come early on.

To lighten the load, Monte decides to dispose of the bodies of the other prisoners and, after dressing them in their space suits, sends them flying into space. The cinematography is beautiful, rather more haunting, like Tarkovsky’s Solaris (remade in 2002 by Steven Soderbergh) than awe-inspiring, as in 2001: A Space Odyssey. Space is devoid of the dangers that Dr Ryan Stone encounters in Gravity, because here, the dangers lie within. 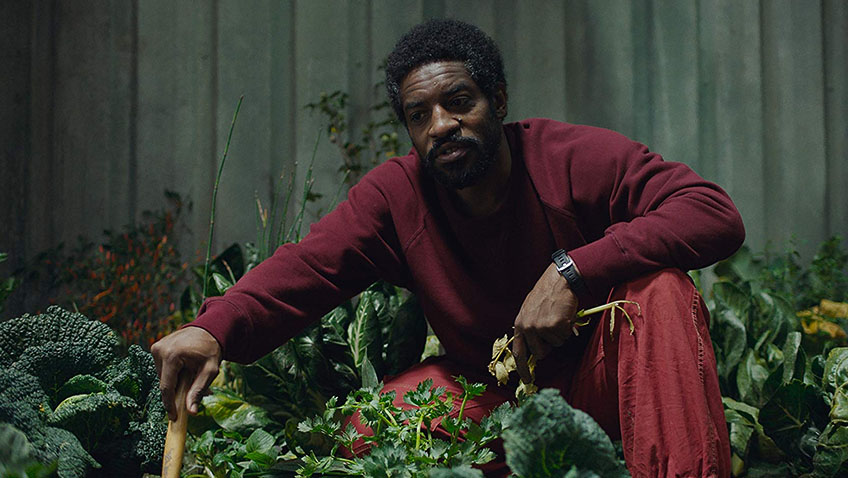 Another, unofficial, experiment relating to breeding in space had been going on, too. Though sex is prohibited on the craft, a 40-something woman named Dibs (Binoche), whom we see writhing energetically on what Tcherny (André Benjamin) calls the ‘f**k box’, seems to need it most. Her long hair flies around her like a mane on a running stallion, but does not manage to hide the large scar across her stomach.

Monte’s only friend on board is Tcherny, who kills himself in the tiny garden because it reminds him of Earth, and the family he left there. The film opens with precipitation falling on the garden and with the mystery of a boot emerging from the soil.

Although Monte keeps to himself, when a particularly violent convict, Ettore (Ewan Mitchell) tries to rape a young woman named Boyse (Mia Goth), Monte is the hero, pulling Ettore away from Boyse and knocking him down. If Monte stops short of killing Ettore, another prisoner does not. 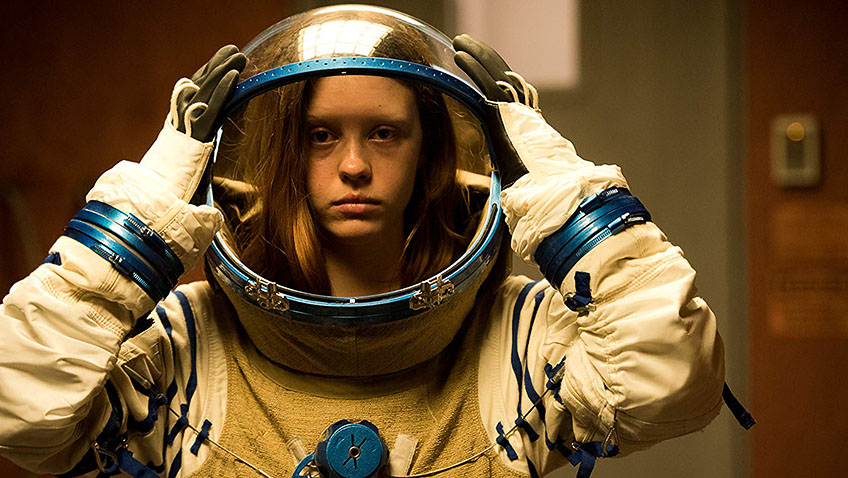 Gradually, in flashbacks, we learn how all the other prisoners die and how Monte ended up alone with a baby girl.

Monte (‘I will keep my fluids to myself’) stays clear of Dibs and their relationship forms the interpersonal tension in the film, a tension that runs parallel to that in the survival story. Finally, though, Dibs becomes desperate and increases the dose of Monte’s sedative so that she can rape him while he is sleeping. Monte is unaware of Dibs’s action (she, commits suicide after this), but we see what she does with the semen.

Denis’s vision of space is full of fluids: Monte’s to be sure, but also breast milk, baby spit, sweat, rain and blood. The film is like watching an uninhibited person’s unabridged secret dreams and it is arguably the first taboo busting space film. High Life

is not a particularly enjoyable experience, and is sometimes confusing (be prepared for a twist at the end that will send you spinning). But it is vintage Denis: visually hypnotic, sexually charged and effective in creating a world within a world, strange and horrific though it is.