Home / LIFESTYLE / REVIEWS > / FILM REVIEWS / Is this a voyage too far? 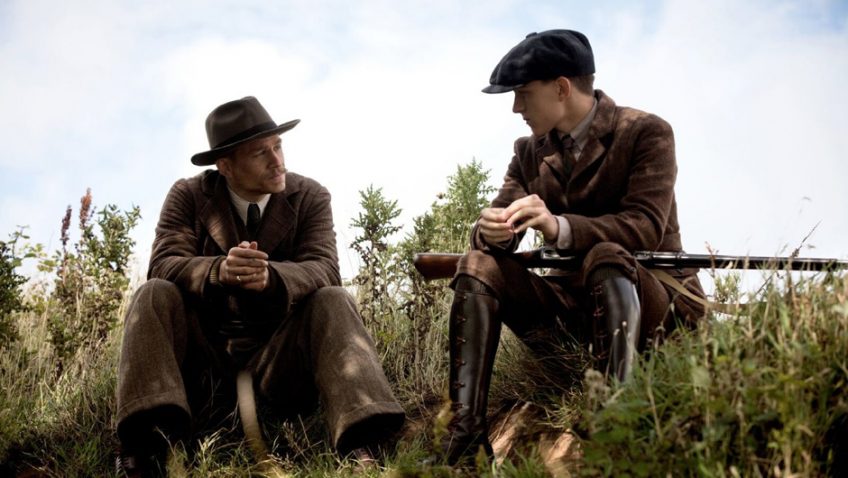 Is this a voyage too far?

From Jules Verne’s Twenty Thousand Leagues under the Sea (1870) and Around the World in Eighty Days (1873) to H Rider Haggard’s King Solomon’s Mines (1885) HG Wells’ The Time Machine (1895), and Arthur Conon Doyle’s The Lost World (1912), the forty years before WWI were rich in fantasies about travel to unknown worlds.  New York Director James Gray’s (The Immigrant, We Own the Night) beautifully made film about a real life expedition that is enshrouded with fantasy fits firmly within that genre. The Lost City of Z

is a biopic of military and family man Percy Fawcett who, by a quirk of fate, becomes a real life explorer convinced he has found a lost kingdom.  Compelling though the film is Gray has not found a way to ignite the film, nor its lead actor (Charlie Hunnam) with the passion and flair of a British Wrath of Aquierre.

The film begins in Ireland where Fawcett, newly married to Nina (Sienna Miller), with his expert aim, wins at a hunt and is invited to a formal dinner to collect his prize. Appearances and social status are everything in pre-WWI Britain and while Nina complains that her dress, with its restrictive corset, is too tight, Fawcett complains that his uniform remains unadorned. ‘This might be our final chance,’ he utters, referring to his quest to restore the family name, brought into disrepute by his alcoholic father.

At the party where the winner of the hunt is normally invited into a private supper with high ranking dignitaries, an assistant quietly scuppers Fawcett’s chance by reminding his superior, ‘Well, Sir, he’s been rather unfortunate in his choice of ancestors.’

The following year Fawcett is surprised to find himself despatched to the Royal Geographic Society where its new President, the engineer and explorer Sir George Goldie (Ian McDiarmid) asks him what he knows about Bolivia and mapping – hardly what Fawcett, a military man good with horses and guns, had in mind.  Due to the profitable rubber trade in Bolivia and Brazil, the RGS has been called in as an objective arbitrator to prevent a war between the two countries by establishing their true borders. Fawcett accepts the assignment – which would separate him from Nina and their young son for two years – when Goldie, who knew Fawcett’s father, adds. ‘Were you to succeed, it could earn you soldierly decoration and even regain your family name.’

After hearing the news that Nina is pregnant, Fawcett boards the very basic ship to Panama. He is assigned an assistant named Costin, (Robert Pattinson, The Twilight series heartthrob at his least attractive in a thick auburn beard) who prefers drinking to talking, but proves his mettle. After reminding the motley local team that he hires for the expedition, ‘My reputation as a man rests entirely on our success,’ Fawcett sets off on a gruelling voyage, where mapping borders is the least of his problems. Robert Pattinson in The Lost City of Z

But when Fawcett, now several men short, several stone thinner and nearly two years into the journey, comes across traces of sophisticated pottery and statues in the rocks and thick jungle, he is convinced he has discovered an El-Dorado.

Returning to the UK he makes a passionate, confident speech to the RGS but is met with jeers of derision despite the samples he presents.  After fund-raising, Fawcett does make it back on a strictly archeological mission, for by this time Hiram Bingham has found Machu Picchu and he is facing stiff competition from the well-funded Americans.  The mission is aborted for reasons viewers will discover, and World War I puts a temporary halt to his explorations.  After emerging as a hero in the war (apparently several of his fellow explorers, including Costin, served under him) the now father of three attempts one final expedition to find Z.  Having been backed by a consortium of newspapers and awarded the RGS’s highest medal, Fawcett departs with his eldest son Jack (Tom Holland) who earlier criticised his father for abandoning the family and leaving his poor mother to bring up three children alone.

Now Jack persuades his father and his long-suffering mother that he wants nothing more than to follow in his father’s footsteps.

Jack was also the name of Rudyard Kipling’s son, who was killed in the war that originally Kipling believed in so fervently.  During Fawcett’s first expedition he opens a treasured letter from Nina who has enclosed a copy of Kipling’s poem, The Explorer, influenced perhaps by the craze for real and fictional exploration at the turn of the century.  It’s a lovely example of the way Gray infuses his film with context to enhance the already commendable authentic look and period feel to the film.

…‘Till a voice, as bad as Conscience, rang interminable changes
On one everlasting Whisper day and night repeated – so:
‘Something hidden. Go and find it. Go and look behind the Ranges –
‘Something lost behind the Ranges. Los and waiting for you. Go!’

In the jungle with Jack, they come across the Fitzcarraldo-like opera house in the Amazon that Fawcett had marveled at in his first expedition. Now, it lies in ruins, a once-cherished vestige of civilisation consumed by the jungle and a prescient symbol in the film.

As the story progresses, Fawcett is less interested in restoring his family name in the army (he has long since resigned) than in making a new one by finding this lost kingdom. While the script makes Fawcett’s passion clear, we sense that passion intellectually far more than emotionally.   Hunnam does a good job in the lead role, but lacks the charisma to carry the film.  And though Gray works hard to consolidate Fawcett’s voyages, while still giving us the flavour of his incredible persistence, three voyages is perhaps one too many for a film that, like Fawcett’s life, lacks a climax.