Home / LIFESTYLE / REVIEWS > / FILM REVIEWS / Ephron’s best film to date. Her script is a shoe-in for an Academy Award nomination 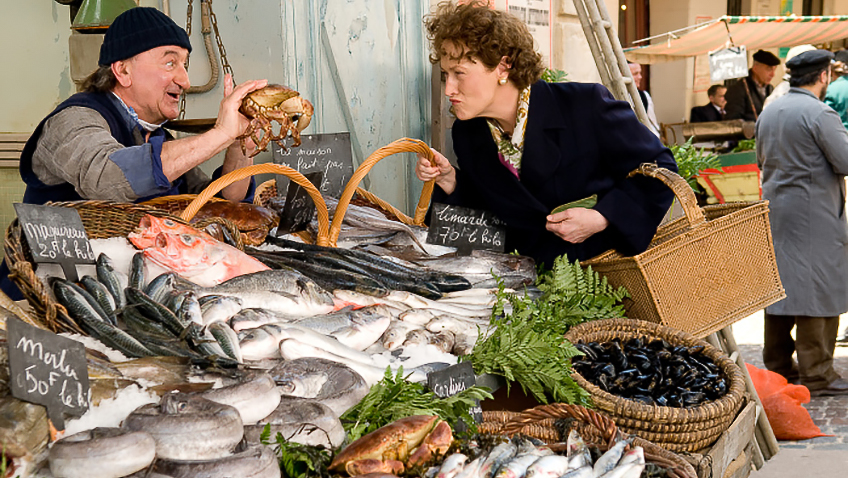 Ephron’s best film to date. Her script is a shoe-in for an Academy Award nomination

, Streep reincarnates the legendary American cookbook writer, Julia Child, in a performance shaped like an Oscar. The first American (and one of the only women) to receive Le Grand Diplôme of Le Cordon Bleu and, later, a pioneer in television cooking, Child set out in the 1950s, with two other female cooks, to introduce French cooking to American housewives.

Partly based on Child’s posthumously published book, My Life in France

about her, and her Foreign Service husband of 46 years, Paul’s (Stanley Tucci) life in post-war Paris, the film is also based on a popular blog-turned- book by New Yorker Julie Powell

Played by the charming Amy Adams (Enchanted), who starred opposite Streep in last year’s Doubt, Julie was, in 2002, like Julia fifty years earlier, newly married to a supportive husband (Chris Messina), but searching for personal fulfilment.

A chronic quitter, Julie challenges herself to cook all 524 recipes in Julia’s best selling tome, Mastering the Art of French Cooking

All about great food, marital love, and women fulfilling their potential, the film, like Julia Child, is infused with a rare joie de vivre. If you don’t walk out happy, you’ll certainly walk out hungry. The film cuts between the Childs’ life in Europe and Cambridge, Massachusetts and the Powell’s cooking marathon in Long Island City. 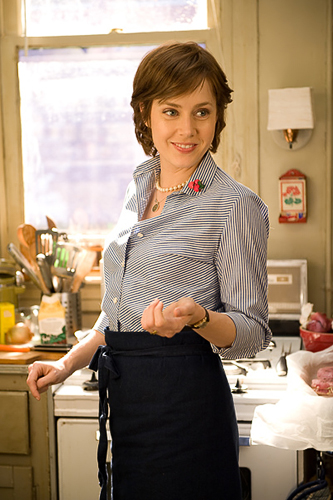 Streep is so engaging and hilarious, and her life with Paul so interesting, that many might prefer to remain with the Childs. I suspect, however, that our delight in her exuberance and high-pitched voice might have diminishing returns.

The contrast is necessary, too, because Julie’s worship of Julia and the culinary creations she manages to reproduce in her tiny kitchen serve to place Julia’s accomplishments in context. When the film cuts from Julia wondering if Alfred A Knopf will publish her book to Julie visiting Julia’s famous kitchen-studio, enshrined in the Museum of History in Washington, DC, we appreciate not only the magnitude of Child’s legacy, but her long struggle to get there. Julia continued broadcasting from her home-kitchen into her 80s and died, still working, at 91.