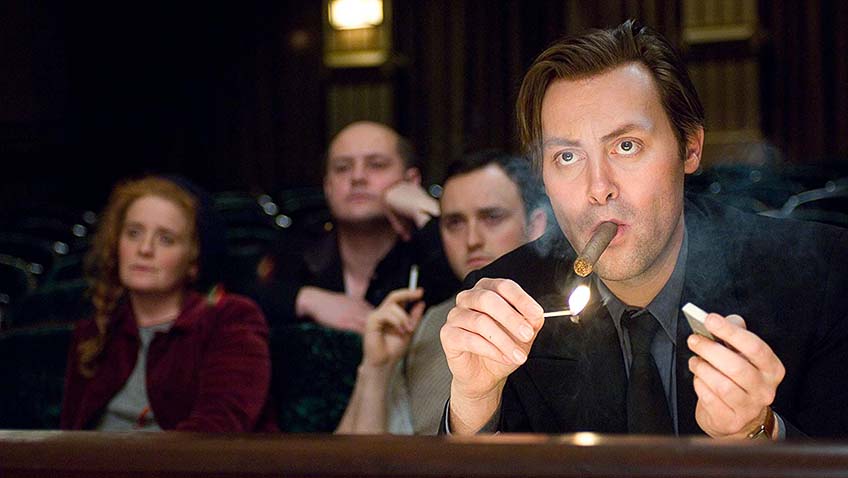 Cinema and its older cousin, live theatre, have always been close; not only in terms of their shared families of actors, directors and writers, and the number of plays turned into films, but in the considerable number of films about the theatre world. The trouble with many of these films is that the play-within-the-film is more often than not an inferior product; a necessary distraction that interrupts the main action. It is both the strength and the weakness of Richard Linklater’s (School of Rock, Before Sunset) new comedy, Me and Orson Welles

that for once, the play’s the thing.

It would be encouraging if the screaming girls flocking to the premiere for a glimpse of heartthrob Zac Efron (High School Musical trilogy, 17 Again) would translate into box office, but Me and Orson Welles

by Holly Gent and Vince Palmo, benefits from some knowledge of theatre and cinema history which might, while hardly scholarly, might still be beyond the patience of the groupies.

Although unrelated to actor/director Tim Robbins’ 1999 historical movie, The Cradle Will Rock, Me and Orson Welles

This is the heady background of Me and Orson Welles

Using Frank Matcham Gaiety Theatre on the Isle of Man as the Mercury, Linklater shies away from making what could have been a sensational behind-the-scenes-with-Orson-Welles movie. Instead, the script gives equal weight to Samuels’ fictional coming-of-age story. Samuels is seduced and then ditched by ambitious, name-dropping production assistant Sonja (Claire Danes) who can’t say no to a night with Welles and a date with David O. Selznick. The film then devotes more time to Samuels’ love life, as opposed to his theatrical life, by introducing slyly self-effacing writer Gretta Adler (a quirky Zoe Kazan), whose purpose in the film is ambiguous. Although probably intended to be Samuels’ soul mate in contrast to Sonja, the script reveals her to be another self-centred, ambitious girl on the make. 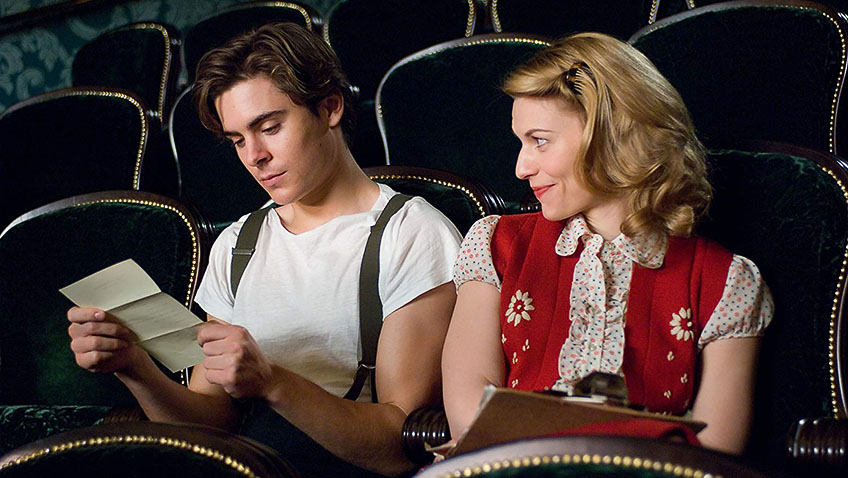 Claire Danes and Zac Efron in Me and Orson Welles

Linklater may have directed two of the most insightful and romantic tales of young love in the annals of cinema, Before Sunset and Before Sunrise, but here the non-fictional romantic triangle distracts from the magnificent recreation of Julius Caesar that Linklater has restaged from the original plans and historic documents. So intense, intelligent, dramatically staged and radical was Welles’ 90-minute adaptation, which was set in a fascist state with Nazi salutes and costumes, that Linklater’s coming-of-age plot competes unfavourably with the fascinating theatrical reproduction.

Although slightly old for the 22-year-old Welles, Christian McKay not only sounds and looks like Welles, but he manages to conjure up his brilliant mind and visionary spirit before our eyes. When Welles, basking in opening night applause, asks himself, ‘how will I top this? you can practically see McKay’s brain working on a draft of Citizen Kane through his twinkling eyes. Although billed below Efron and Danes, McCay, a concert pianist-turned-stage actor, steals the show. He might not have all the best lines, but his delivery makes it seem so.

Eddie Marsan, unconvincing as John Houseman whose relationship with Welles, was more than just business and a mutual love of words, is no match for McKay, while Danes, who starred in another period film about the theatre world, Richard Erye’s, Stage Beauty, is miscast and overused here. As for Efron, this is the film that will convince any remaining sceptics that he’s not just a pretty face. Efron could even have a future on the Shakespearian stage, if he wants one.