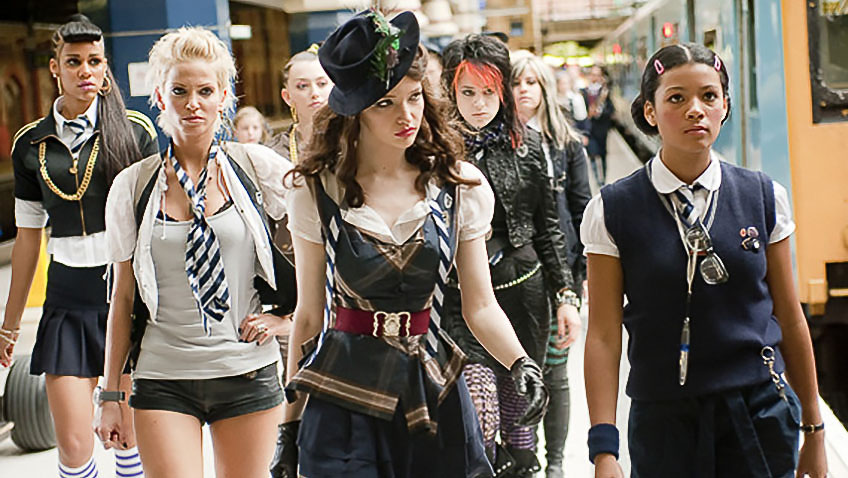 The film feels smug because of its feminist message

is a silly sequel that falls flat on its face despite a promising beginning and a cast and premise capable of delivering some top quality comedy.

Rupert Everett is back in his Camilla Parker-Bowles inspired role as headmistress Camilla Fritton and Colin Firth returns as her old flame, now a down-and-out alcoholic pining away for his unlikely lover. That that joke wears thin long before it is beaten to death is the least of the film’s problems.

The disappointing villain is Pomfrey (David Tennant) who heads a Freemason’s type secret society founded to keep women barefoot, pregnant and in the kitchen. The familiar plot leaves the girls discovering one half of a pair of rings that, when united with its missing half, will lead to buried treasure allegedly owned by Headmistress Fritton’s famous ancestor (Everett parodying Johnny Depp’s Jack Sparrow). The treasure is a bit of a red-herring but provides the motive for pitting the feisty, crafty, resourceful girls from St Trinian’s against the bungling chauvinists of the girl-hating society.

This is all an excuse to show a group of comely young actresses, including Talulah Riley, Juno Temple; and ‘posh totty girls’ Gabriella Wilde, Tamsin Egerton and Clara Paget in mini skirts, over-the-knee socks and a display of make up that rivals the ground floor of Harrods’s. Sarah Harding from pop band Girls Aloud is introduced to great fanfare but is then given nothing to do but stand around looking far too old for the part. In fact, in spite of an endless scene in which the girls defend the school from Pomfrey’s attack with bubble gum sling shots, none of the young actresses has very much to do. 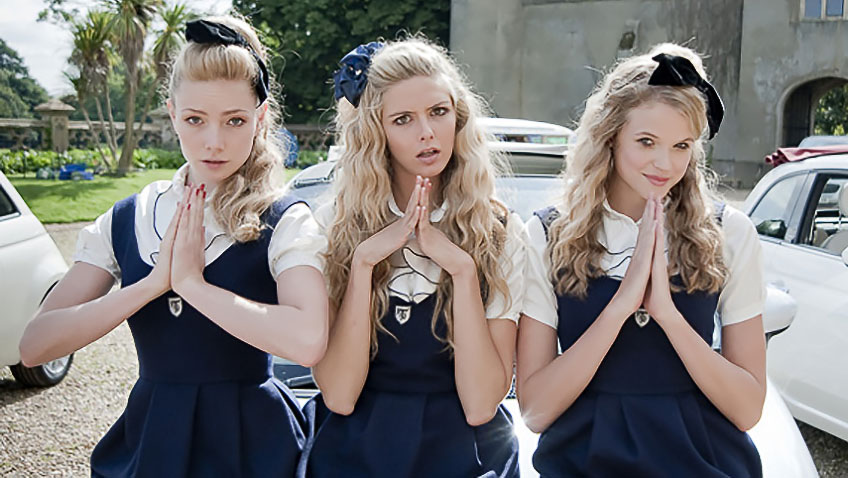 The film feels smug because of its feminist message and the lame revelation (sorry, folks), that Shakespeare was really a woman. Like everything else in St Trinian’s 2: The Legend of Fritton’s Gold

, this backfires. Since we know that Shakespeare was a man it’s as though the filmmakers resorted to this myth creation for want of any real female role models. Why not just use Elizabeth I to make the point and leave Shakespeare out of it? The evil secret society seen worshipping in satanic costumes is no joke either because a far more sinister band of fundamentalist women-fearing brothers exists already. They’re called the Taliban.