Home / Your Views / Let’s have our very own TV channel 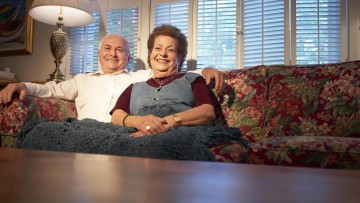 Let’s have our very own TV channel

I read with interest the letter from Mr Johnson, Mature Times January 2015, in which he says he tends to only watch BBC as they do not have annoying adverts.  I totally agree with Mr Johnson and in my view the BBC show the best programmes anyway.  For my own part, I like a good old fashioned “Who dunnit” and what better example of this is BBCs “Death in Paradise.”

But there are not enough programmes for us.  I know making television dramas costs money and, like everyone else, the BBC are always strapped for cash, but I am sure, like me, many of us over fifties would welcome all the old classics of the fifties and sixties, Dixon of Cock Green, Francis Durbridge’s The Scarf, Z Cars, Softly,  Softly, Task Force to name but a few.  It would bring back happy memories for us older ones we could have at least one good programme to watch every night.

Hang on, here’s a thought:  how about starting a new TV channel – the Mature Channel? By the way I love the paper.