Silk Roads: People, Culture, Landscape (Thames & Hudson £49.95) Afro-Eurasian’s 1,500 year old trade routes across steppe, mountains, deserts, rivers and seas are richly illustrated with a truly wonderful collection of photographs. From silk to slaves, fashion to music, religion to science, the book records movement of goods, people and ideas and its astonishing diversity. The images are breathtaking.

Stone by William Hall (Phaidon £29.95). Stone is the oldest and most beautiful building material, extraordinary in its variety. There are remarkable images from pre-history to today: a Roman viaduct in France, a synagogue in Israel, a citadel in Peru, a tomb in Petra, a mosque in Turkey, a culture centre in Santiago, a pyramid in Mexico, a theatre in Epidaurus, a castle in Wales. A palace in Jaipur, a library for Yale, a museum in Qatar, a crescent in Bath, a cathedral in Chartres. Stone is not an anachronism. It is the future.

Manmade Wonders of the World (Dorland Kindersley £30). An amazing catalogue of breathtaking images from five continents: tombs at Petra, the Chrysler building in New York, Parthenon in Athens, mosque in Cordoba, palace in Versailles, coliseum in Rome, Karnak in Egypt, Borobudur in Indonesia, Angkor Wat in Cambodia, the Great Mosque of Dienne and Tianson Binhai Library in China and many more.

World War II: Infographics (Thames & Hudson £29.95). Published to coincide with the outbreak of the Second World War the book is aimed at history buffs and graphic design aficionados. It takes a new look at the events which cost anything from 70 to 85 million lives. It records the rise of the far Right in pre-war Europe and the financial and human cost. Here are graphics, charts and diagrams, a massive amount of information on the sheer scale of the devastation, and the sheer number of artillery and arsenal produced. 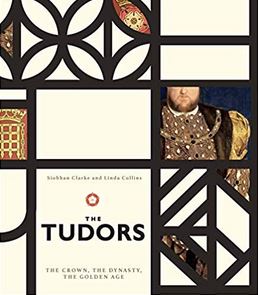 The Tudors: The Crown, The Dynasty, The Golden Age by Siobahn Clarke and Linda Collins (Andre Deutsch £25) begins with the battle of Bosworth in 1485 and ends with the death of Queen Elizabeth I in 1603. This book, with its contemporary artworks and documents, is very accessible and a quick way, especially for a teenager, to catch up on some history and become engaged with it and want to know more.