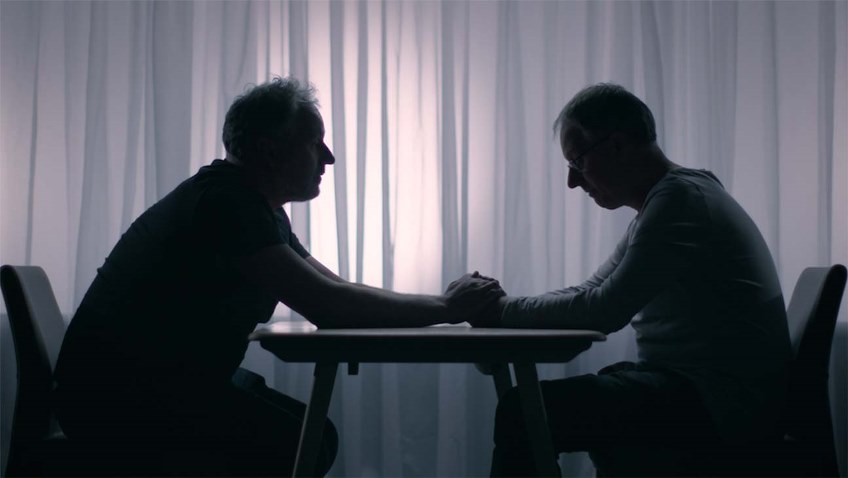 TELL ME WHO I AM (Netflix). Ed Perkin’s excellent documentary is a totally gripping psychological thriller. At 18 Alex Lewis, after a motorcycle accident, suffers complete loss of memory. He has to rely on his identical twin brother, Marcus, the only person he recognises, to tell him about his childhood. At 32, both parents dead, he learns that Marcus has lied to him and created a fantasy childhood, idyllically happy. He and his brother had suffered sexual abuse. Marcus won’t go into details and it isn’t until they are 54 that the whole devastating truth comes out. The twins are interviewed separately. Finally, they come together to confront each other directly. Professional actors couldn’t have acted it better.

MIDWAY (Lionsgate) begins with the Japanese attack on Pearl Harbour in 1942 which led to America’s entry into World War II and the Battle of Midway, the most important battle in American naval history. The odds were firmly against them. Roland Emmerich’s film is a tribute to the extraordinary bravery of the dive bombers. The authenticity is marred by too much computerisation, too much cliched dialogue and a cast (headed by Ed Skrein and Woody Harrelson) who are seen too often to be acting types. It feels like a very old-fashioned American war action movie.

MARIANNE & LEONARD: WORDS OF LOVE (Dogwoof) is a documentary by Nick Broomfield. Leonard is Leonard Cohen, the Canadian songwriter, and Marianne is Marianne Ihlen, the beautiful Norwegian, he met in 1960 on the Greek Island of Hydra, home to a group of artists, musicians and writers, who were into free love, booze and drugs in a big way. It was a Bohemian paradise, which destroyed many lives. Marianne became Leonard’s muse and made him the poet songwriter we know today. He had many women. There were long absences. He treated her badly. He suffered depression and entered a monastery for a 5-year retreat. Nevertheless, their on-off relationship lasted until their deaths. There is a good supply of archive footage, home movies and incisive interviews.

LAUNDROMAT (Netflix). Money, money, money. Panama Papers scandal. Global scams. Fake trusts. Shell companies located on tropical islands. Big Business avoids paying tax. Insurance companies avoid paying up. Steven Soderbergh directs a series of fragments – a cruise boat tragedy, parental bribery and a murder in China – each of them quite separate. The film is so unfocused it is difficult to keep up. Gary Oldman and Antonio are irritating narrators. Meryl Streep is just one of many financial victims. She has a transformation scene when she takes off her wigs, one by one, to reveal four different characters.