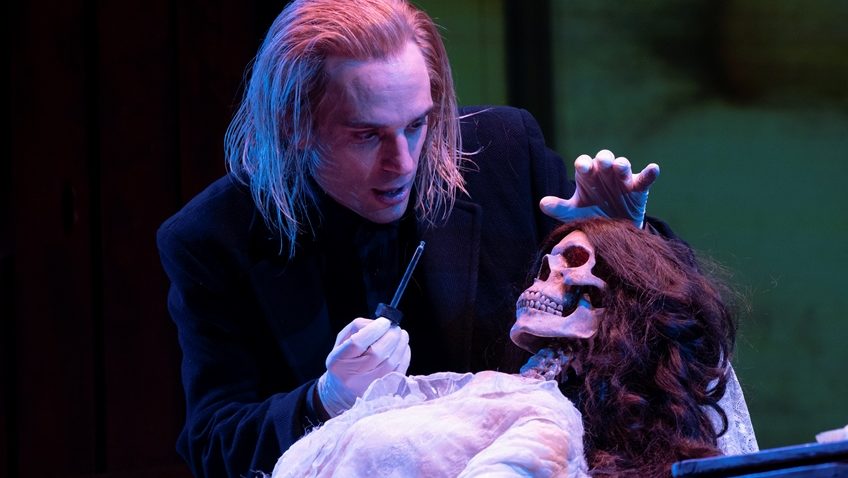 Death and vengeance in Italy

The violence in Thomas Middleton’s revenge play, a once highly popular genre, is played out in all its vicious and grotesque horror.

The Revenger’s Tragedy premiered in 1606 and was published anonymously in 1607.

Like so many plays in the Elizabethan and Jacobean eras, it is set in Renaissance Italy and the decadent Italian aristocrats, motivated by their lust and ambition, wallow in their villainy.

Middleton offers seduction, incest, rape, adultery, necrophilia and multiple murders. It’s all so excessive as to be, for modern audiences, absurdly over-the-top

The first time I saw the play was in a university production when it was acted as if it were a French bedroom farce.

The best production I have seen was by Trevor Nunn for the RSC, a brilliant danse macabre, when the play was still being wrongly attributed to Cyril Tourneur. Nowadays we know better and Thomas Middleton (1580-1627) is given full credit as author.

The Revenger’s Tragedy is Cheek by Jowl’s first Italian language production with the renowned company of the Piccolo Teatro in Milan.

The play is translated by Stefano Massini and adapted by Cheek by Jowl’s artistic directors, director Declan Donnellan and designer Nick Ormerod, who give it a modern production, acted in Italian and with English surtitles. The cast, and ensemble, is first-rate.

Vindice’s fiancée is murdered by a Duke when she refuses his advances.

Vindice (his name translates as revenger or avenging) determines to kill the Duke and his whole family. Taking his fiancée’s skull as his muse, he poisons it and then forces the Duke to kiss it

The staging of the torture and murder of the Duke is so horrific, so repulsive, that it is difficult to watch,

However, it is not all horror. There is an amusing scene when Vindice is in disguise and persuades his own mother to pimp his sister. The girl is outraged. Her mother poo-poos her chastity.

In Declan Donnellan’s production the play gets a comically silly finish in which everybody is ridiculously stabbing everybody else, and getting so terribly exhausted that they just have to give up fighting.