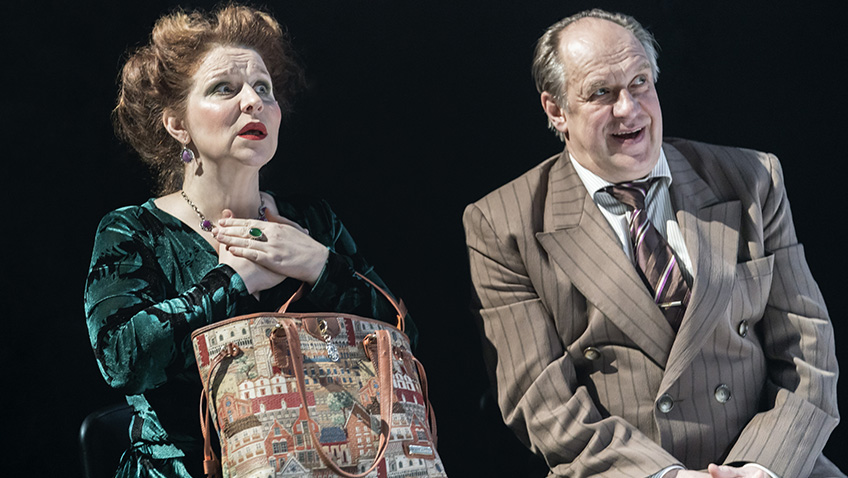 Old English farce is acted in Russian by Cheek by Jowl

Robert Tanitch reviews The Knight of the Burning Pestle at Barbican Theatre, London

Since it was founded in 1981, Cheek by Jowl has been invited to perform in over 400 cities and 50 countries across the world and currently produces work in English, Russian and French.

Declan Donnellan and Nick Ormerod, artistic directors of Cheek by Jowl, have been working in Russia for 20 years and now for the second time they join forces with the Moscow Pushkin Drama Theatre. 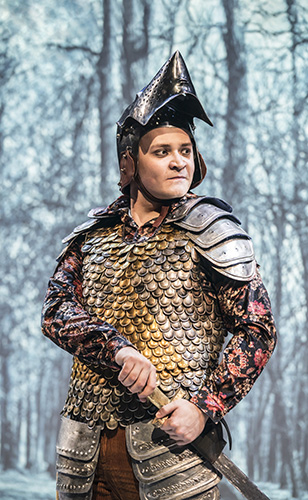 Nazar Safonov in The Knight of the Burning Pestle

The last time they were at the Barbican was in 2015 when they acted Shakespeare’s Measure for Measure in Russian. This time they are acting Francis Beaumont’s The Knight of the Burning Pestle in Russian, a more difficult task for a non-Russian speaking audience. There are sur-titles.

Beaumont’s Jacobean comedy wasn’t a success at its premiere in 1607. The production failed because the merchant class audience felt that the 23-year-old playwright was making fun of them.

He satirised not only their bad taste but also their appalling Behaviour when they were in a theatre.

Two playgoers, a grocer and his wife (Alexander Feklistov and Agrippina Steklova), are sitting in the auditorium with an audience watching The London Merchant, a typical city comedy of the period.

Beaumont’s joke is that the couple react to the characters the actors are acting as if they were real people and they constantly interrupt the play verbally and physically.

They also insist that their young apprentice (Nazar Safonov) should appear on stage in the role of a chivalric knight, who kills giants and rescues damsels. The pestle is the symbol of the grocer’s trade.

The merchant’s story and the knight’s story then run parallel and overlap. The audience waits impatiently for the next ridiculous interruption.

I have seen The Knight of the Burning Pestle a number of times and found it funny only once and that was in a production by Adele Thomas at The Sam Wanamaker Playhouse, the Shakespeare’s Globe’s Jacobean theatre, the perfect intimate venue for it.

Donnell and Ormerod tamper with Beaumont’s text to bring it more up to date. I might have enjoyed the production more if I could speak Russian. But somehow I doubt it. The jokes wouldn’t have been any less repetitive or any less laboured.