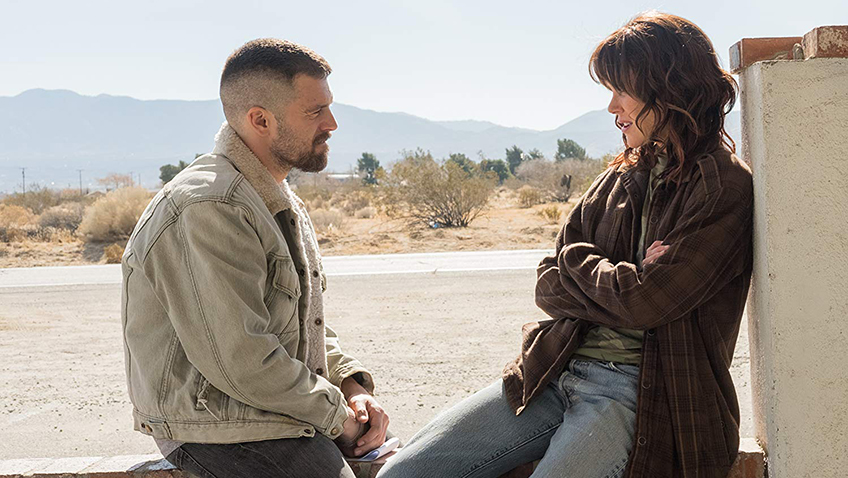 The smartest and most determined, or perhaps the luckiest, actresses approaching, or attaining, middle age act against type and/or play characters that are more complex, interesting and topical than glamorous. In Destroyer, Nicole Kidman, 51, but still able to play a 30-something version of herself, has done what 44-year-old Christian Bale has done in the film Vice, also released this week. She has, with the help of talented hair, make-up and prosthetics experts, transformed herself into a despondent, self-destructive LAPD cop with two tasks left on her bucket list. Based on an original script by Phil Hay and Matt Manfredi, Director Karyn Kusama (Jennifer’s Body, Girlfight) delivers not only a star vehicle for Kidman, but a neo-noir thriller, police procedural and rewarding character study for the audience.

When a colleague asks LAPD detective Erin Bell (Kidman) if she’s living at the office, it is not only because she looks rough around the edges and has, perhaps, had a bit too much to drink. Addressed to her at the station is a handwritten envelope that contains an ink-marked bill. It means one thing: ‘Silas is back.’

And that one thing is the starting point of an unfinished journey into the past to find redemption and peace in the present. It has been nearly two decades, but with this stained bill, Erin must finally hold herself accountable for a costly mistake.

When Erin was a promising FBI agent in the 1990s, she, and her handsome colleague Chris (Sebastian Stan) are sent undercover as drug-fuelled lovers, lured by greed into joining Silas’s (Toby Kebbell) gang. When the FBI’s most wanted man invites the couple to a party, Erin, completely in character, says, ‘hell, yes.’

But the party shows Silas a bank robber and murderer, to be a sadistic psychopath as well. And like Charles Manson he has a bevy of spaced out girls at his command who, like the Patty Hearst character Petra (Tatiana Maslany), eventually discover that they can’t go home again.

Erin learns, through a former FBI contact, that the bill is, as she suspected, from a bank robbery committed by Silas’s gang in the 1990s. Erin shows a particular interest in a John Doe body with distinctive tattoos on the back of his neck. The bills are proof, she explains to her superiors, that Silas is back, but this is a cold case and one that Erin insists on handling on her own. 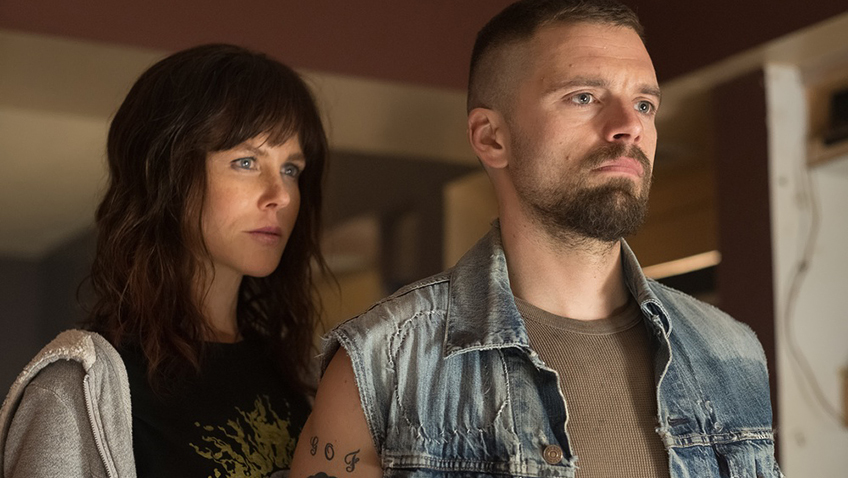 To find Silas, Erin has to contact surviving members of the gang for leads. First on her list is sleazy Toby (James Jordan) who has just been released from prison on compassionate grounds and is dying in his mother’s living room. That Toby requests sexual favours in return for information suggests that Erin was very convincing in her undercover portrayal of a wasted low-life with a no-good boyfriend. Although he is dying, Toby is too afraid of reprisals against his mother to give her Silas, even if he knew where Silas was. He can, however, give her Arturo.

Arturo (Zach Villa) is in hiding from Silas redeeming himself by providing free legal services to immigrants through a protective church. He is astonished to find that it is Erin chasing him through the woods. The fact that she catches him is a clue that she is in better physical shape than an alcoholic should be.

Arturo does not deliver Silas, but gives Erin the details of his corrupt lawyer, DiFranco (the talented Bradley Whitford, Get Out, The Post, Billy Madison) who launders and delivers Silas’s money. DiFranco and his henchman have been expecting Erin as Arturo called ahead to make the introductions to save his skin. Through DiFranco Erin will find Petra. Once she reaches Petra, who Silas has now discarded for a younger model, but still uses as a mule, she will have Silas. 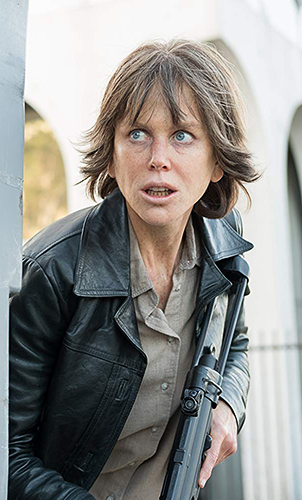 And just as Erin’s goal becomes closer, she realises that Petra is not delivering Silas’s money but participating in a bank robbery. We travel back in time. Erin and Chris are lovers for real and working out the plan for assisting the FBI in catching Silas and his gang in the act of armed robbery. But Erin is young and beautiful and Chris is besotted. They both fall prey to the destroyer.

While Erin is focused on enacting revenge on Silas for the bank robbery gone wrong, she has to turn her attention to her estranged 16-year-old daughter Shelby (Jade Pettyjohn) whom she has left in the care of her ex-husband. Shelby is not going to school, drinking and sleeping with a much older man named Jay (Beau Knapp) who is up to no good. But Erin’s awkward, desperate attempts to reach out to Shelby only drive her further away. It is too late for mother/daughter bonding built on years of trust and Erin has to take short cuts that do not work.

Salvaging from her storage space the only useable notes, she pays Jay $4,000 to leave Shelby alone and has to hope that he lives up to his promise never to return.

The interweaving of past and present is beautifully done and the relatively low budget adds to the authenticity with the absence of any CGI. Using the sound recorded on location, Kusama fills the screen with characters driving along freeways, canyons, palm-tree-lined streets and back alleys, as one does in L.A. The heavy use of cars and the variety of locations are reminiscent of a Raymond Chandler film.

Destroyer could have used some of Chandler’s wit if not humour, for despite a point of view limited by Erin’s state-of-mind, the dark tone is relentless to the point of melodramatic. Destroyer is deep down, a love story, or should be to make sense and the film could have used more clarity about their relationship and Erin’s feelings for Chris. When she says she loves him, is it because he has agreed to compromise his integrity to please her, or has she really fallen in love and convinced herself that her plan is without danger? The clever plot twist that will have you looking at Erin, and the film, in a new light without feeling duped, is almost seamless, but somehow not completely.