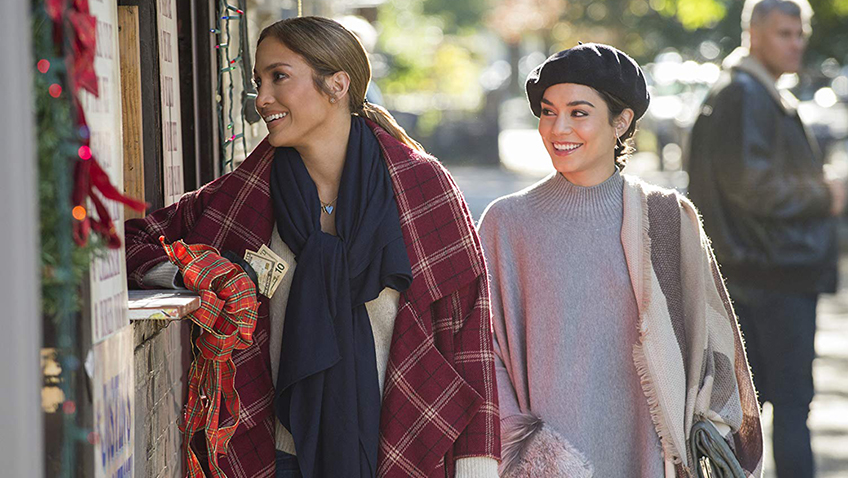 In Second Act Jennifer Lopez is as watchable and fun to be with as ever, even if broad strokes comedy director Peter Segal’s (First 50 Dates, Anger Management, Get Smart) #MeToo comedy muddles its well-meant, topical themes in a plot that depends on a ludicrous contrivance.

As she turns 43, Maya Vargas (Lopez) is hoping that the 15 years she has invested in a Queens, New York Value Shop, will be rewarded with a promotion to store manager. She fears that that the CEO is only interested in candidates with degrees, but her good-natured, supportive boyfriend, Trey (Milo Ventimiglia) and best friend Joan (Leah Remini) think she’s a shoo-in. Surely her creative ideas, customer service skills acquired on the shop floor and product knowledge have contributed more to the bottom line than would an academic degree? Yet it is new employee Arthur (Dan Bucatinsky), a nerd with an MBA, who lands the job.

Just when Maya cannot take anymore of the clueless, patronising Arthur she receives a message that Anderson Clarke (Treat Williams) of the consumer products giant Franklin & Clarke wants to interview her for a job. Baffled, Maya finds herself being considered for a highly paid consultancy job based on a false CV and website set up by Maya’s godson as a birthday surprise, without her knowledge.

Anderson is so impressed with Maya’s knowledge of his company’s products and her honest feedback on why the organic range is not selling, he hires her on the spot. Here the film starts to remind us of Mike Nichols’ Working Girl, but that does not last. 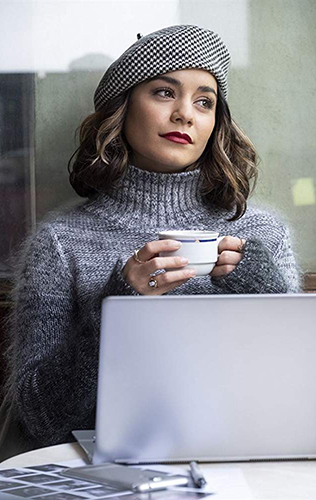 Also present at the interview is Anderson’s Wharton-educated daughter Zoe (Vanessa Hudgens), an attractive, bright woman in her mid-twenties who is being groomed as her father’s successor. If I tell you that Zoe has sacrificed her secret passion – art – because she is convinced that her widower dad needs her, you would not be surprised. This misguided loyalty dilemma is yet another conflict or theme thrown into the pot.

When Zoe and Maya differ on their approach to improving sales of the organic global skincare line, Anderson plays Alan Sugar and gives them each a set time in which to develop a product. It really is an exercise worthy of The Apprentice, particularly as it seems the product is launched before human trials and FDA approval is granted.

Zoe and top scientist Felix (Dave Foley) and obnoxious Wharton graduate Ron (Freddie Stroma) believe the most cost-effective approach is to improve the existing line. Off they go confident that no one will work with Maya if it means working against Zoe and Felix. Maya is adamant that they must start from scratch.

Proving that sisterhood does not extend to office politics, nasty development executive Hildy (Annaleigh Ashford) jumps ship, leaving Maya with chronically height-sick development assistant Ariana (Charlyne Yi) and scientist Chase (Alan Aisenberg), a guy so low in the pecking order that he has nothing to lose.

If you cannot guess who wins the Apprentice challenge, either you’ve never been to the cinema before or prefer like sub-titled films.

Maya is paying the price for her phoney CV. When important Chinese clients are in town for meetings, Ron and Zoe depend on Maya – who has Mandarin on her CV – to translate, with humorous results when her clandestine translation system malfunctions. Meanwhile, Ron, who feels threatened after Maya is credited with the success of the Chinese deal, is verifying Maya’s credentials. And as he is doing so, Maya is figuring out how to come clean about her phoney background.

And just after the half way mark in the film Anderson introduces a bit of information that must be one of the most contrived and preposterous plot points in recent memory. Whoever came up with it failed to consider why Maya has to hang her head in shame before the entire company for lying on her CV when Anderson’s manipulative subterfuge is insensitively underhanded. He is no better than the CEO of Value Shop, but, from concluding montage, they seem very chummy. 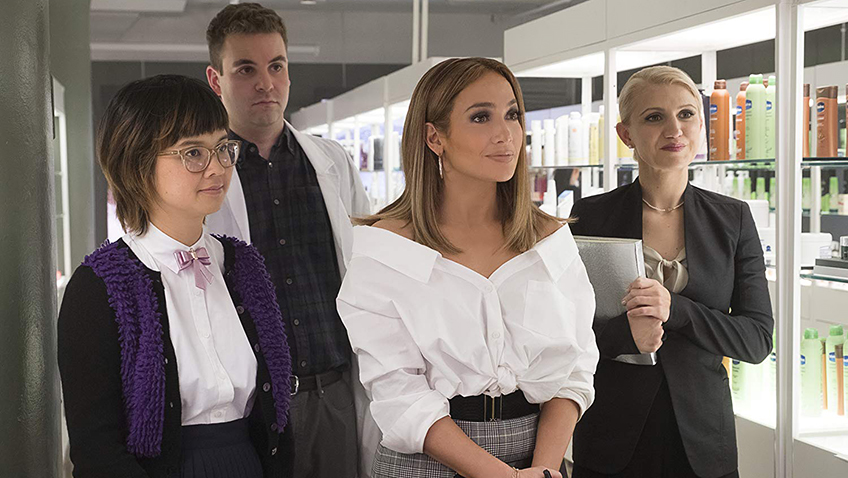 Second Act has some valid lessons not only for 21st century women not only about office politics and the importance of fair play, but about how failure and disappointment do not have to define you. A set-back is not the end, but the beginning of the second – and best – act. The film will also appeal to those who feel that degrees are overrated. Maya’s godson, a digital wiz kid, brags that Stanford, where he has been accepted, is a waste of time as he knows more than the teachers (but he does not drop out). Increasingly young people are looking at university not as a place of learning and discovery, but as a meal ticket and the film encourages this belief by showing how Maya’s gut instincts triumph over the well educated.

The degree vs. work experience debate is, however, hammered home in a muddled fashion. If Maya were a white man and Arthur was an ethnic minority woman with an MBA, would Arthur have landed the job? Education is also being used here as a proxy for class. That might be another debatable generalisation, but we do see Maya’s wardrobe improve (ever so slightly) as climbs the corporate ladder.

Just what the film is saying about Maya’s relationship with Trey is also confusing, quite apart from a secret incident in her past that has dampened her desire to have children. Despite Maya’s age, Trey is keen on a second act in their personal life and continually pressures Maya to start a family. But how can Maya put him off with any credibility by saying ‘it’s not the right time’ when she is already 43?

Writers Elaine Goldsmith-Thomas and Justin Zackham (who wrote The Bucket List) give us just enough substance, albeit mixed with increasingly pungent sentimentality, to keep us watching. The vibrant cast does a commendable job helping us to swallow, and sometimes enjoy, the silly bits. In the production notes Goldsmith-Thomas comments: ‘This movie itself is a reminder that everything deserves a second look.’ If only this had applied to the script.