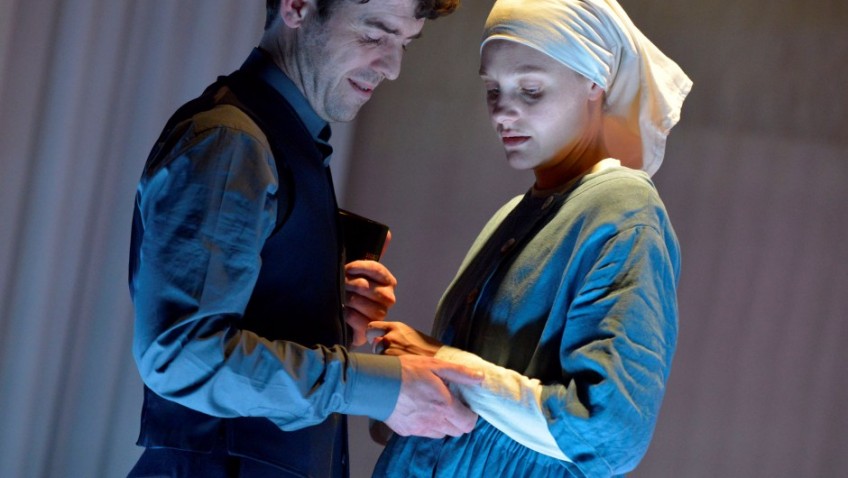 David Lan is artistic director of The Young Vic and these days you know immediately when he announces his theatre is going to revive a well-known classic, whether it is by Shakespeare Chekhov, Tennessee Wiliams, Arthur Miller or whoever, that it is going to be no ordinary revival and something very different from anything you have seen in the past.

Joe Hill-Gibbins’s production, with an abridged text and much use of video and music, gives Shakespeare’s mordant satire on the tyranny of the flesh a radical rehaul, which will amuse and irritate in equal (ER) measure. 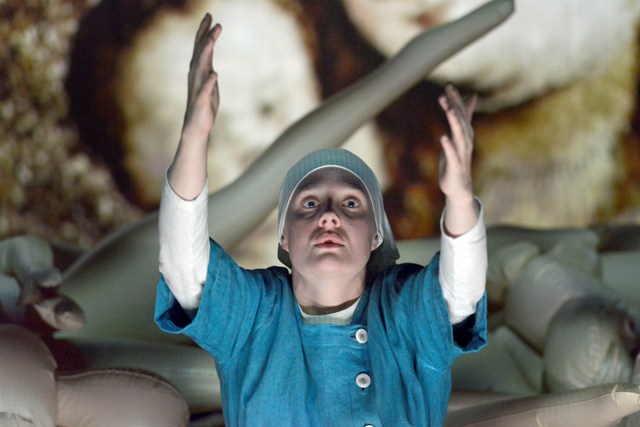 The bodies are inflatable sex dolls, a metaphor for the decadence to which Vienna has sunk. The only way to get rid of promiscuity (says licentious Lucio) would be to gild all the youth.

The Duke of Vienna (Zubin Varla, very weird) has been so lax in enforcing the law that decides to abscond and get his deputy, Angelo (Paul Ready, very staid), to clean up the mess.

The first thing Angelo does is close all the brothels and sentence to death single men who get women pregnant.

Isabella (Romala Garai, very emphatic), a young novice about to take her vows, comes to plead for her sentenced brother’s life. She is outraged when Angelo says he will reverse the sentence if she will have sex with him. 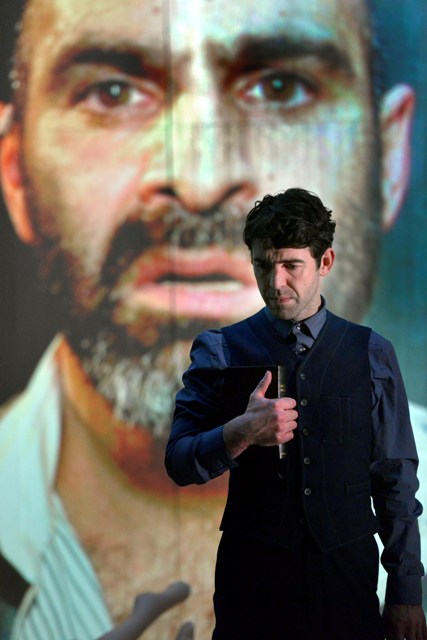 Angelo, very prim and proper, is shocked to find that when it comes to sexual feelings he is as weak as everybody else and unable to control his emotions. Interestingly, he is corrupted by Isabella’s virtue.

So, who sins most? Is it the tempter? Or is it the tempted? Sinners, come the Last Judgement, go to hell, right? But Measure for Measure is a Christian parable on mercy and forgiveness and its religiosity is emphasised here by the visual references to medieval art. Its carnality is referenced by images from Gilbert and George.

No actor, as far as I know, has been able to make sense of the Duke and his behaviour when he is in disguise as a friar and spying on everybody; at least not at a realistic level.

At a symbolic level, the Duke represents Justice and Church and acts like an Old Testament God.

His final act of coupling everybody, quite regardless of their wishes, is played for outright absurd farce.