Home / LIFESTYLE / REVIEWS > / THEATRE REVIEWS / When it comes to sexual abuse will you believe the man or the woman? 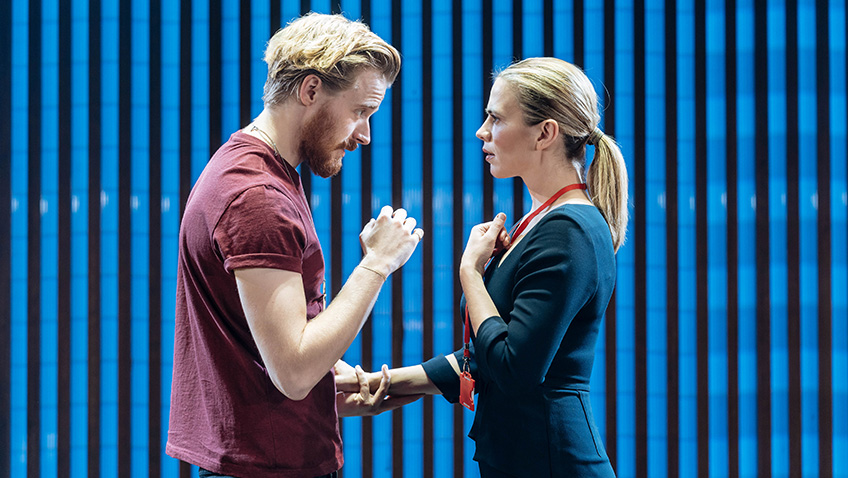 When it comes to sexual abuse will you believe the man or the woman?

Shakespeare’s Measure for Measure, a Christian parable of Justice and Mercy, has always been a problem but its dark and bitter cynicism regarding sexual abuse has a particular resonance with today’s audiences.

The Duke of Vienna (Nicholas Burns) has been lax in enforcing the law and decides to get his deputy, Angelo (Jack Lowden), to clean up the city. The first thing Angelo does is to close all the brothels and sentence to death single men who get women pregnant. 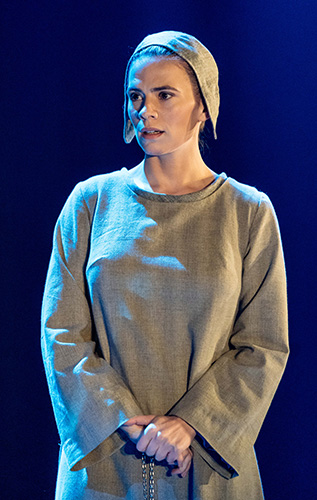 Hayley Atwell in Measure for Measure

Isabella (Hayley Atwell), a young novice about to take her vows, comes to plead for her sentenced brother’s life. Angelo is shocked to find that when it comes to sexual feelings he is as weak as everybody else and unable to control his emotions. He says he will cancel the sentence if she will sleep with him. Isabella is outraged and threatens to report him.

”Who will believe thee?” he retorts. “Say what you can my false overweighs your true.”

Who would believe Isabella today? Millions watching TV witnessed what happened to Professor Christine Blasey Ford when she stood before the US senate and accused Brett Kavanaugh of sexually assaulting her.

Josie Rouke directs a heavily cut and unexciting version which she sets firmly in the Jacobean era. All the low comedy has gone. After the interval the cut version is repeated but this time the actors are in modern dress and Jack Lowden and Hayley Atwell have swapped roles. Lowden now speaks Isabella’s lines. Atwell now speaks Angelo’s lines. Rourke’s conceit doesn’t work and the jokes with iPhones and the taking of selfies are very cheap.

Atwell is convincing as a very naive novice screaming with fury in Angelo’s face but she is not convincing as a ruthless bureaucrat. Lowden is not convincing as Angelo. He is better cast as the brother; but the moment he starts talking about his chastity he becomes comic and nobody on stage or in the audience takes him seriously. The role would make more sense if Claudio was a novice Roman Catholic priest.

Nicholas Burns lacks authority and is totally unbelievable as The Duke and when he is in disguise as a friar. The actors who come out best are Adam McNamara as the Provost, a patently decent man, and Sule Rimi as Claudio, who expects his sister and brother not to have chastity issues when it is a matter of saving his life.