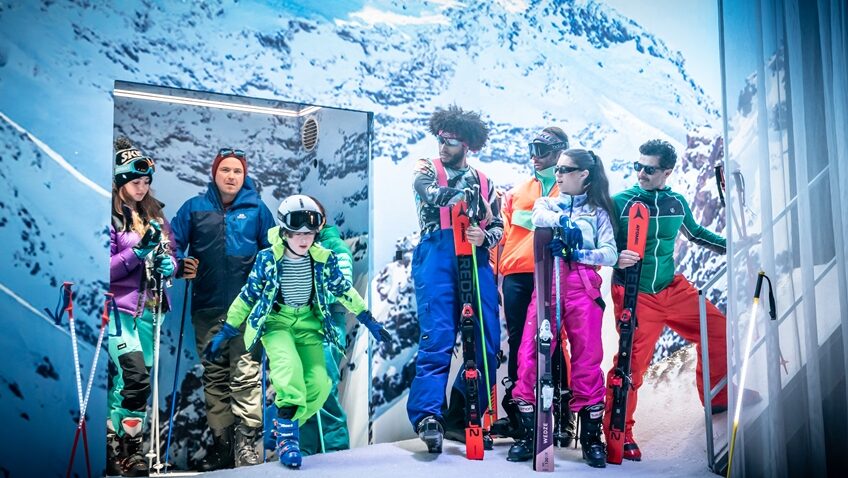 Force Majeure, the award-winning Swedish film directed by Ruben Ostlund and released in 2014, takes place at a skiing resort in the French Alps when a controlled avalanche goes wrong and everybody panics.

A man (Rory Kinnear) runs away, abandoning his wife and two young children. But how would you have reacted? How would you have behaved? The basic instinct is survival. Not everybody is a hero.

Neither the man, who is in a state of utter denial he absconded, nor his very bitter wife (Lyndsey Marshal) who cannot forgive him, is a sympathetic character. Their marriage was already on the rocks well before the Alpine disaster; but he is too selfish to have noticed it.

The play’s themes, comic and tragic, are marriage, children (screwed-up by their parents’ actions) and masculinity.

Victorian theatregoers loved melodrama and its spectacle and its sensation scenes. There were plays with floods, fires, horse-racing, shipwrecks and train crashes. The first time an avalanche was seen on stage was in Dion Boucicault’s Pauvrette in 1858.

To actually stage Force Majeure presents formidable challenges. But it’s amazing what can be achieved on a tiny stage with sound, sheer noise, Vivaldi and lots of smoke.

Michael Longhurst’s production, designed by Jon Bausor, is visually arresting and one of the pleasures is watching actors skiing on the sloping stage, swooping down from the wings of the theatre and off through the audience.

There’s more comedy in the play than in the film. There’s a second and much more likeable couple and they have an extended comic scene when the man (Sule Rimi) agonises whether his partner (Siena Kelly) will trust him in an emergency and he keeps her awake all night, discussing it endlessly, driving her up the wall.

There is also a running gag which involves a member of the hotel staff who always appears with his vacuum cleaner at inopportune moments.

Tim Price’s adaptation is not wholly successful and, like the Swedish film, he has no idea how to end the play and comes up with another totally different and totally false happy ending which nobody can believe in.