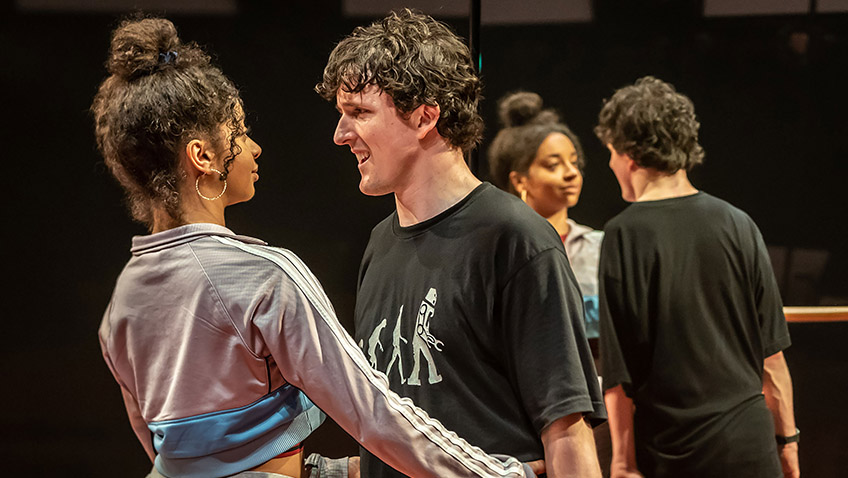 There have been a surprising number of films which have adapted Shakespeare’s plays and set them in modern American high schools. Mike Lew is the first to adapt Richard III to that purpose.

Lew writes plays to subvert stereotypical attitudes and push issues of representation. Teenage Dick was commissioned and developed by The Apothetae, a company dedicated to plays that explore and illuminate the Disabled Experience. It premiered in New York in 2018.

Shakespeare emphasises Richard’s deformity in the opening soliloquy so that the Elizabethan audiences would instantly know that Richard was evil. His deformity is a metaphor.

Mike Lew has written two roles for disabled actors and he is adamant that no able-bodied actor should play a disabled character. 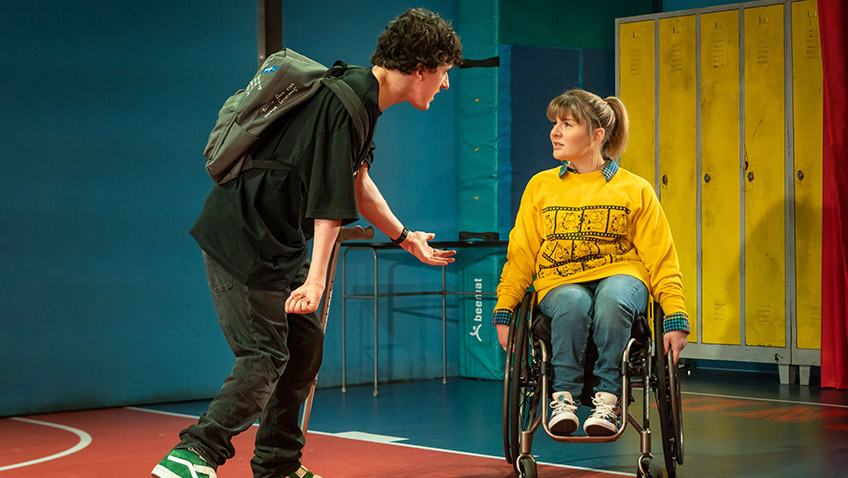 Eddie Redymane recently played Stephen Hawking. It is not difficult to imagine the uproar on twitter if it was announced in today’s climate that John Hurt was going to play John Merrick (The Elephant Man) and Daniel Day Lewis was going to play Christy Brown.

Teenage Dick is a witty punning title; but it is not accurate. Richard is not stupid.

Lew wrote the play for Greg Mozgala, an actor who has cerebral palsy. Michael Longhurst directs the London production and the lead actor Daniel Monks, excellent, has hemiplegia. Ruth Madeley, who plays Buckingham, Richard’s best friend, is in a wheelchair. 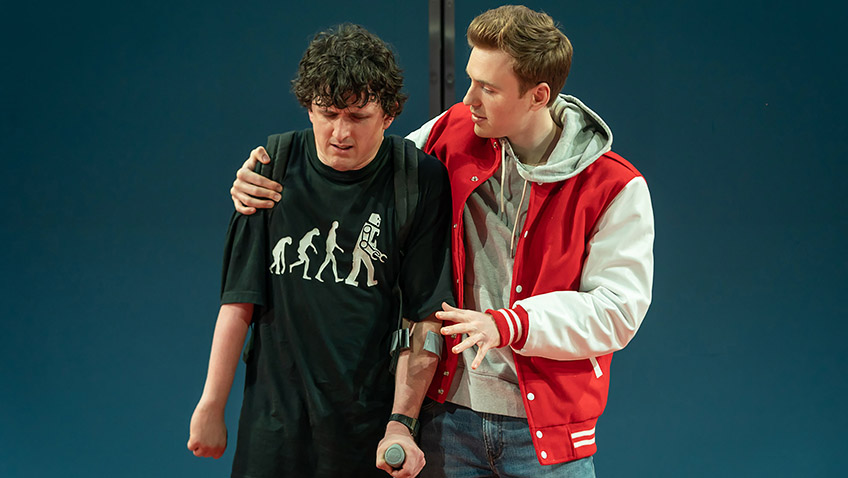 Lew has written two separate plays and they don’t gel. One play imagines Richard III as a seventeen year old at an American High School. He is a junior class president who has ambitions to be president of senior school. He knows key passages in Machiavelli’s The Prince by heart and will do anything to unseat the present president, a handsome hugely popular jock (Callum Adams) who turns out to be a brutal thug.

Richard III is just a springboard. The real play is about an ordinary disabled boy who is unpopular and is treated horribly by the other pupils. The decent way he behaves in an election debate bears no relation to the Richard we see at the beginning of the play.

Similarly the scenes he shares with the most popular girl in the school (Siena Kelly, perfect for the part) are in a totally different key. She teaches how to dance and their performance at the school dance is a high spot for them both.

Teenage Dick has been through several developmental workshops and readings across the US. Lew still hasn’t got it right. A start would be to get rid of all the Shakespeare trappings and the tacked-on monologue at the end (aimed to please the #MeToo Movement) and to develop the characters of Buckingham and the Jesus-loving vice-president who gets nasty.