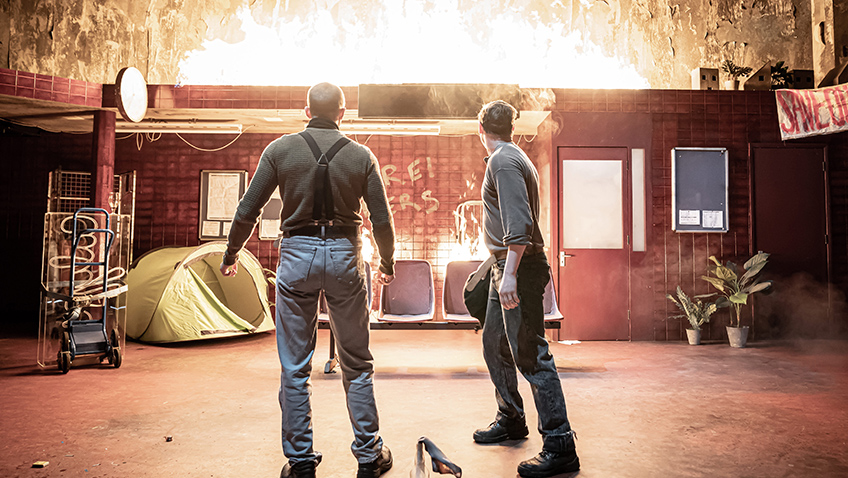 Is European unity a myth?

Michael Longhurst is the new artistic director of the Donmar Warehouse and his inaugural production is a revival of David Greig’s Europe which premiered at the Traverse Theatre in Edinburgh in 1994.

25 years on the play, a plea for a united Europe, still resonates.

We are living in an age of millions of refugees who are displaced from their homes and seeking shelter. The number is rising all the time. 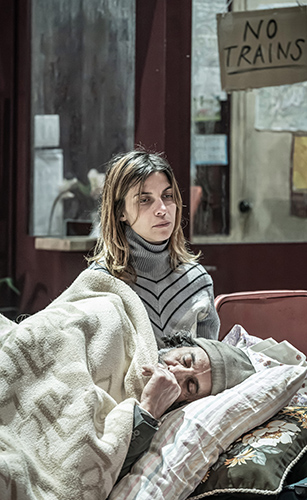 A small border town (nameless) in Eastern Europe is in industrial decline. There are no jobs. There are no tourists. The characters have to decide whether to remain or to leave.

The setting is a railway station which is no longer operative. The trains don’t stop there anymore. They pass through so quickly passengers cannot read the nameplate of the town.

The station is threatened with closure. Who will save it? Who will protect it from the wolves, the human wolves and the animal wolves?

The play feels as if it has been written by an Eastern Block writer. The harassed stationmaster (Ron Cook) could be a comic character in a Czech political satire, a film such as Millos Forman’s Fireman’s Ball.

One couple, an elderly father (Kevork Malikyan) and his grown-up daughter (Natalia Tena), fleeing from a war zone, seem to be stuck in the station, unable to go back, unable to go forward.

The derelict station is a metaphor for a transition camp.

Foreigners and economic migrants are not welcome. The town’s jobless youths resort to violence and people are beaten up, raped and burned to death.

A young woman (Faye Marsay), unhappily married to a man (Billy Howle) she despises, spends every day train spotting. Energised by the thrilling sound of the train, she dreams of leaving the town and travelling to foreign cities. She has a lesbian fling to help her on her way.

As Britain prepares to exit the Europe Union, is European unity even more of a myth?