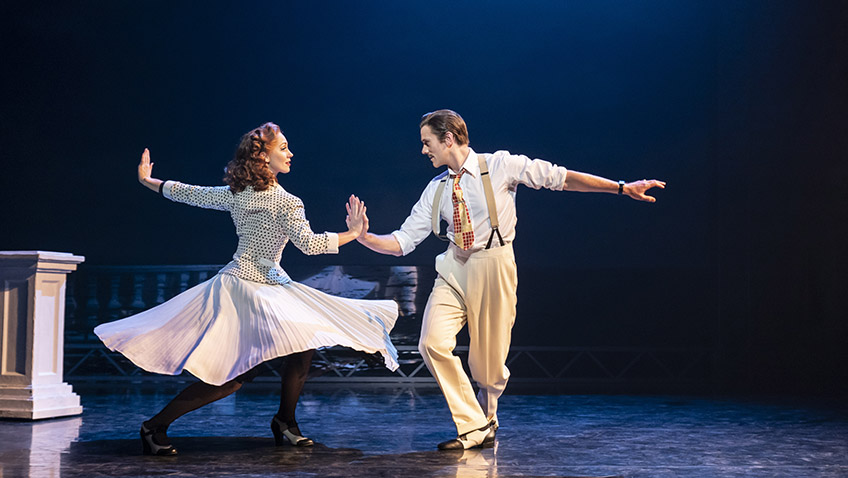 What do Matthew Bourne, Michael Powell and Emeric Pressburger have in common?

Bourne with his all-male Swan Lake and Powell and Pressburger with their 1948 film The Red Shoes made ballet accessible to audiences who would not normally have gone anywhere near ballet.

An impresario and a composer love the same ballerina. The impresario believes that no artist can be great if they are distracted by love. For him Art is all that matters. The ballerina forced to make a choice between Love and Dance, chooses Death and emulates Anna Karenina. 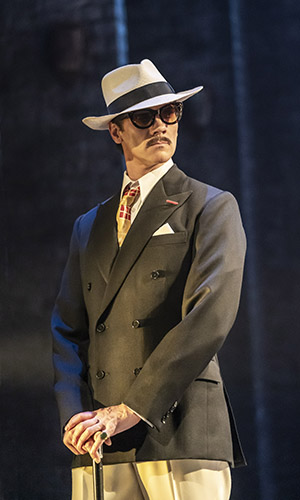 Adam Cooper in The Red Shoes

The film starred Anton Walbrook as the impresario. Marius Goring was the composer. Moira Shearer, the renowned British dancer with the flaming red hair, made her acting debut as the ballerina and became internationally famous.

The film included a 20-minute ballet which was based on the Hans Christian Anderson 1845 fairy tale. The dancers were Robert Helpmann, Leonid Massine and Ludmilla Tcherina – so, no pressure then for the New Adventures cast.

Bourne has loved the film since he was a teenager. He first staged The Red Shoes in 2016. The present production is its first revival since then.

The Red Shoes is very watchable but it does not have the emotional involvement the film had. Too much time is spent backstage with the cast warming up individually and collectively, leaving the audience waiting for the story to continue. There is a lack of focus.

A scene on a Monte Carlo beach with men playing with their big beach balls will bring back memories of Jean Cocteau and Coco Chanel’s Le Train Bleu and Bratislava Nijinsky’s Les Birches. There is also an amusing recreation of Wilson and Keppel’s music hall act of sand dancers parodying Egyptian postures. 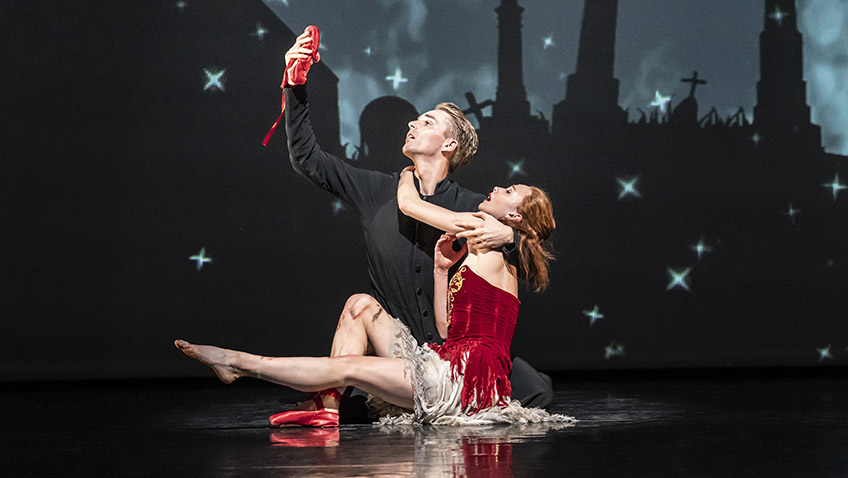 Liam Mower and Cordelia Braithwaite in The Red Shoes

Adam Cooper is the impresario. Ashley Shaw is the ballerina. Dominic North is the composer. The dancer, who dominates the stage every time he comes on, is Liam Mower in the role Robert Helpmann played.

Paul Groothuis produces the loudest applause you are likely to hear, far louder than the standing Sadler’s Wells audience could do.

Watching The Red Shoes again I wondered why nobody has revived Maurice Bejart’s brilliant spectacle, Nijinsky, which has the same source material and the same dynamic with an impresario (Sergei Diaghilev), a dancer (Vaslav Nijinsky, his lover) and an aristocrat (Romola de Pulszky who loves Nijinsky).