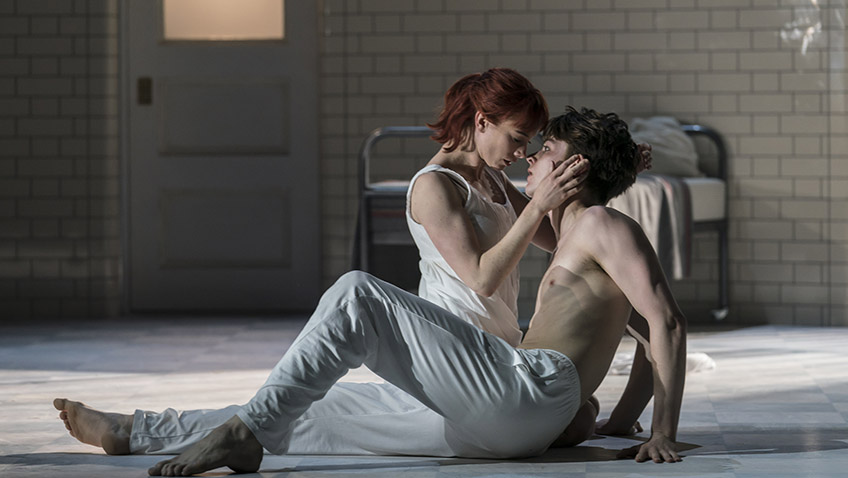 Romeo and Juliet is a good title for the box office. But it is a bit of a cheat. Matthew Bourne has said he’s not staging the play Shakespeare wrote between 1594 and 1596; he is just using Sergei Prokofiev’s score as his script.

The re-orchestration by Terry Davies distorts the lush sounds and makes them much harsher.
Bourne’s production is a far cry from the great, tragic love story we all know. A synopsis in the printed programme would have been useful. 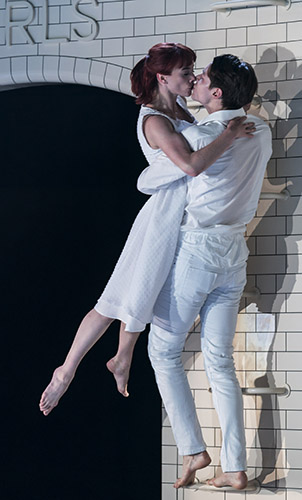 Cordelia Braithwaite and Paris Fitzpatrick in Romeo and Juliet

The first recorded ballet was in 1785. There have been numerous dance versions since. The story is timeless and can be set in any era and in any place. Bourne sets his version in a psychiatric hospital for young people. Lez Brotherston’s set, with its white tiles and wire fences, suggests it is a reformatory.

Everybody seems to have a mental health problem. All the inmates, male and female, are dressed in white. The men are in their underpants for much of the time.

Paris Fitzpatrick’s Romeo is an innocent. Cordelia Braithwaite’s Juliet is more mature. The most striking presence is Dan Wright’s Tybalt, played as a guard, a big, nasty, brutal bully who rapes Juliet.

The most dramatic moment on the press night came when Matthew Bourne walked on to the stage in the middle of the first act and informed us that Mercutio (Reese Causton) had had a serious injury and could no longer perform and that he had telephoned Ben Brown (who plays Mercutio in the second cast) and that he was on his way.

There was a mere fifteen minute hiatus (which the audience took in good spirit) before Brown appeared on stage, instantly bringing the production to life again.

It has often been said that Shakespeare had to kill off Mercutio because he was liable to steal Romeo’s thunder. Here, he is played openly gay, the most openly gay Mercutio since Harold Perrineau’s flamboyant drag queen in the Baz Luhrmann film starring Leonard DiCaprio. He has a boyfriend (Jackson Fisch) who weeps buckets on his death.

When Rudolf Nureyev came to choreographing his version, he originally thought of casting a man as Juliet, as had been the norm in Shakespeare’s day. In these times of diversity, it, surely, cannot be long before we see Romeo and Julian.

Matthew Bourne’s Romeo and Juliet is danced by young dancers and aimed at a young audience. Following the London run it will tour Norwich, Birmingham, Canterbury, Southampton, Nottingham and Newcastle upon Tyne. At every venue the company will be joined by six local dancers aged between 16 and 19. 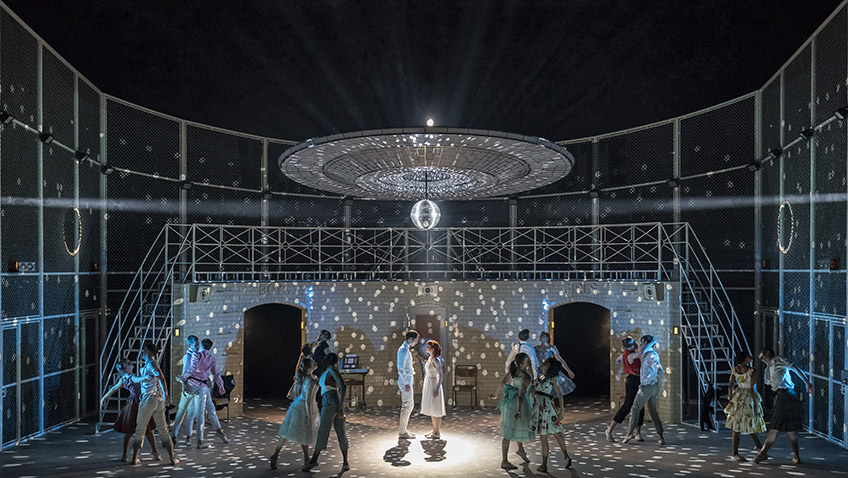