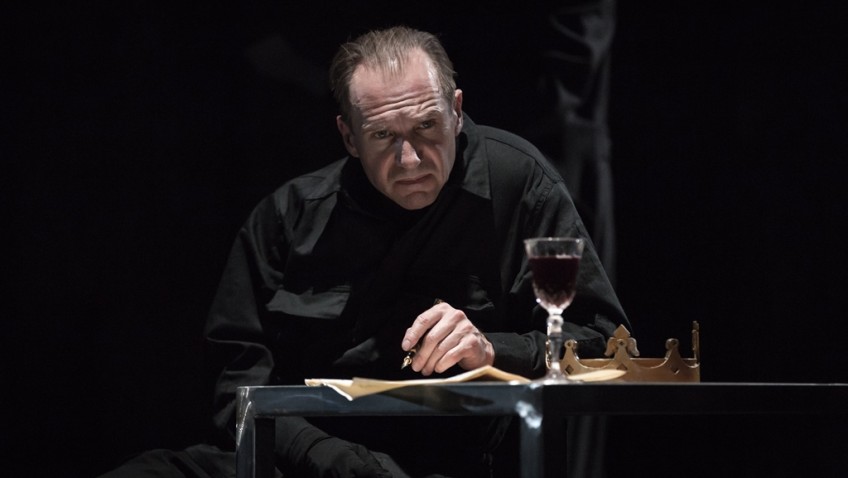 Ralph Fiennes plays one of the great Shakespearean roles

Shakespeare’s play has always been popular with actors and audiences. David Garrick scored a huge success. So did Edmund Kean.

The role was a major turning-point in Laurence Olivier’s career. The first night in 1944 marked the exact date on which he was first recognised as a great actor.

The best Richards of our time have been Ian McKellen on film and the Russian actor Ramaz Chkhikvadze on stage. Richard III is the ultimate virtuoso Machiavellian villain. Merciless in his audacious ambition for the crown, he murders anybody who stands in his way; and he can smile whilst he murders.

Deformed and unnatural, he is likened by his numerous enemies to a bottled spider, a hedgehog, a foul hunchback toad, an ape, a boar, a wolf and a hell-hound. Rupert Goold’s production opens with an unnecessary conceit: a prologue in Leicester Council’s car park where Richard’s skeleton with a misshapen spine was found in 2012.

Richard is determined to be a villain but Ralph Fiennes, in a strong intelligent performance, which is totally in command of the verse, takes no delight in his villainy nor does he revel in his deformity.

His royal wave to the audience after his coronation is a clenched fist. He has lost completely that alacrity of spirit for which he is famous.

Fiennes is deadly serious. He is a bloody tyrant and homicide. The audience’s laughter is often inappropriate; Richard is not funny ha-ha.

There are moments when he is witty; but they are rarer than usual. The best is his shocked reaction when his playacting for the benefit of the Lord Mayor and citizens of London is described by his sidekick, Buckingham, as being effeminate. The production’s major innovation comes when Richard rapes Queen Elizabeth (Aislin McGuckin) in order to persuade her not to cross him. He wants to marry her daughter and she would be well advised to encourage her to do so – or else.

Vanessa Redgrave’s Queen Margaret is no longer the ranting, cursing termagant, no longer a foul wrinkled witch, but a frail old mad woman in hideous overalls, clutching a plastic doll, a reminder of her son, Rutland, butchered to death during the Civil War. The role is much curtailed.

There is good support from Finbar Lynch as high reaching, witty, revolving Buckingham and by James Garnon as Hastings who rashly says what he thinks and is arrested for high treason and executed.